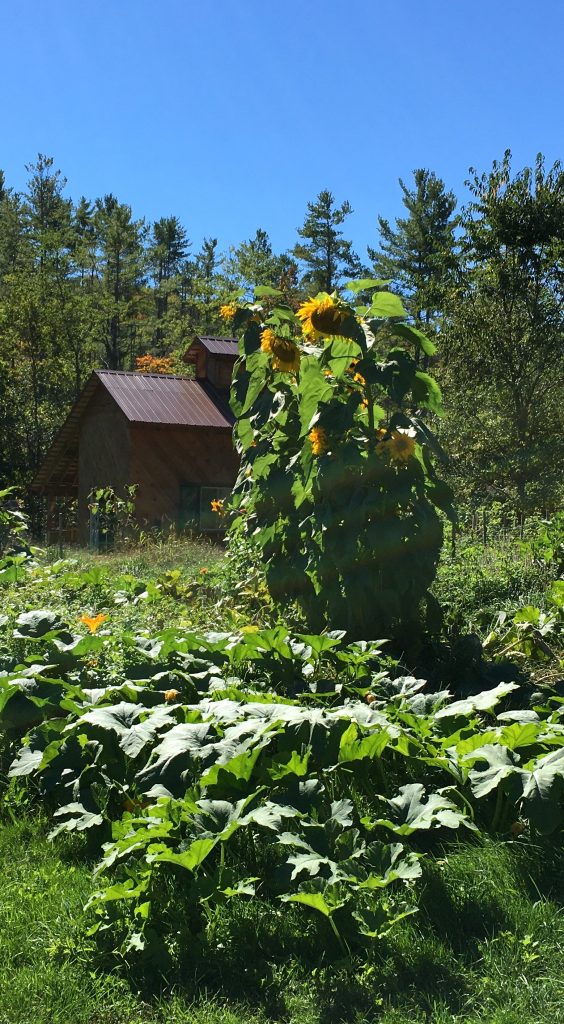 I’ve been meaning to catch up on all the exploding plant growth happening all around us. Preceded by the efforts of Nicole to make it all happen. I don’t document half of what’s going on on the homestead as it’s spearheaded by my other half. This post means to fix at least the agricultural part which I used to be at least somewhat involved in, but haven’t touched this year.

The orchard is producing non-stop and is bound to keep doing so well into August. We picked plant species which produce at various stages of Summer to keep the supply spread out. 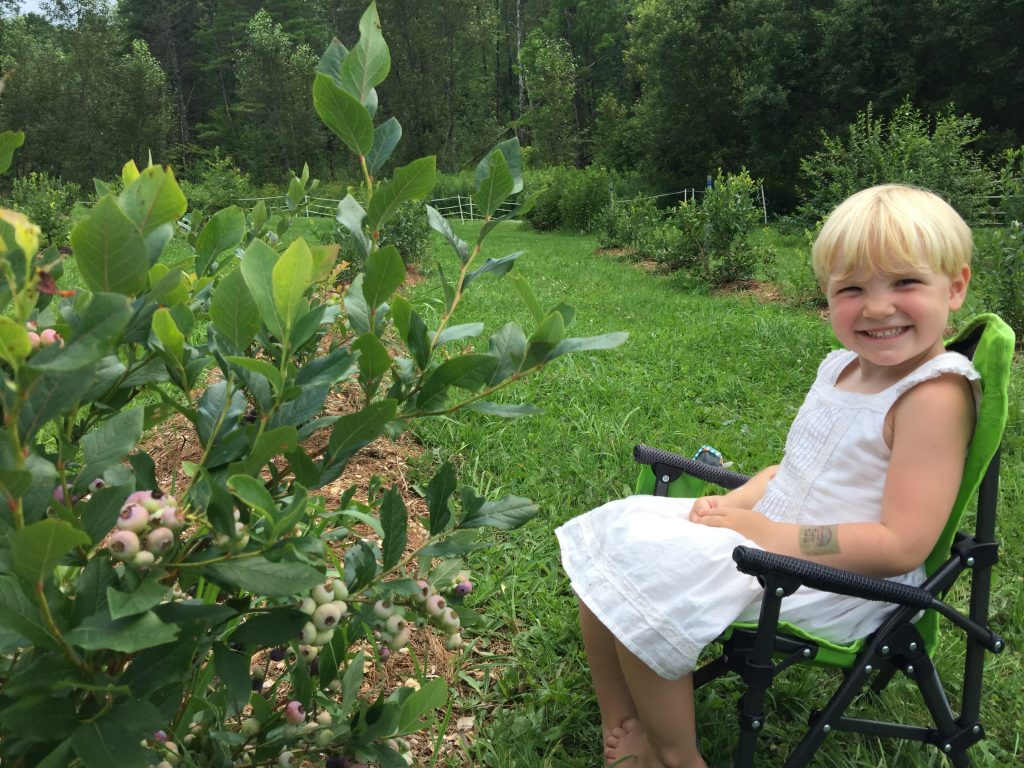 Ok time to dig in. 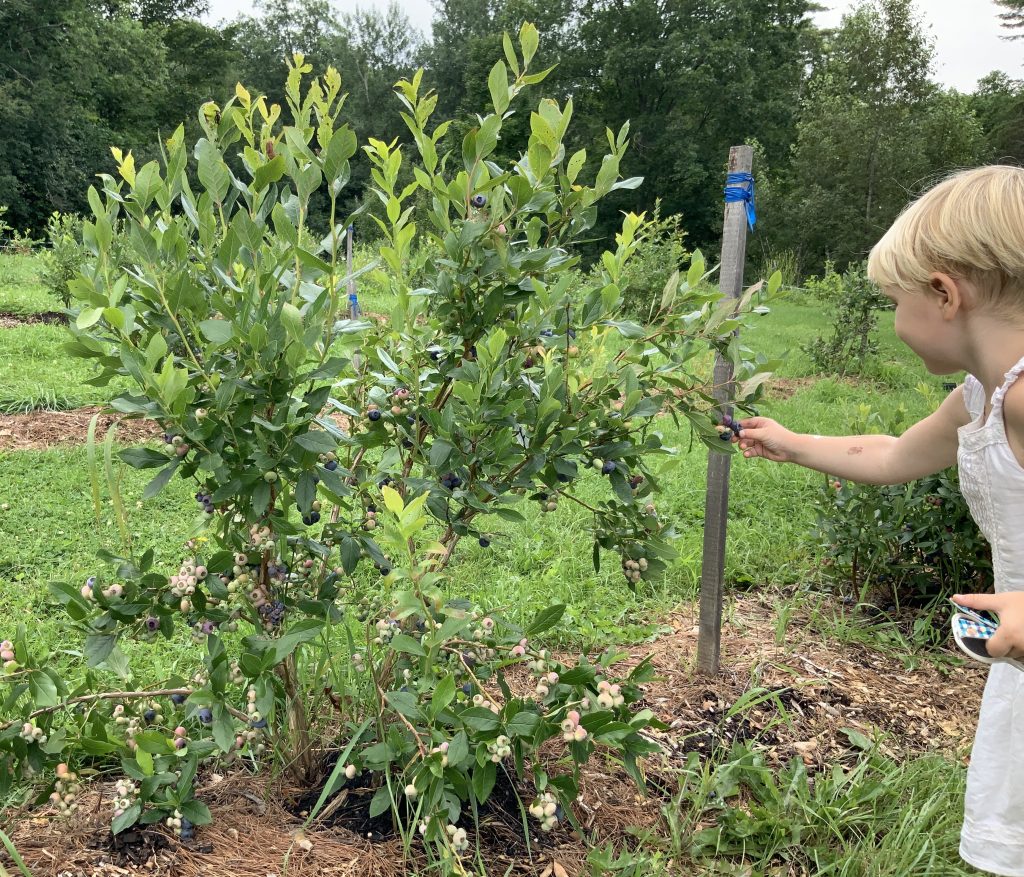 That’s just one day, the abundance is incredible. And while we experienced it in previous years at various pick-your-own orchards, it’s something else entirely when it repeats every day at your doorstep. 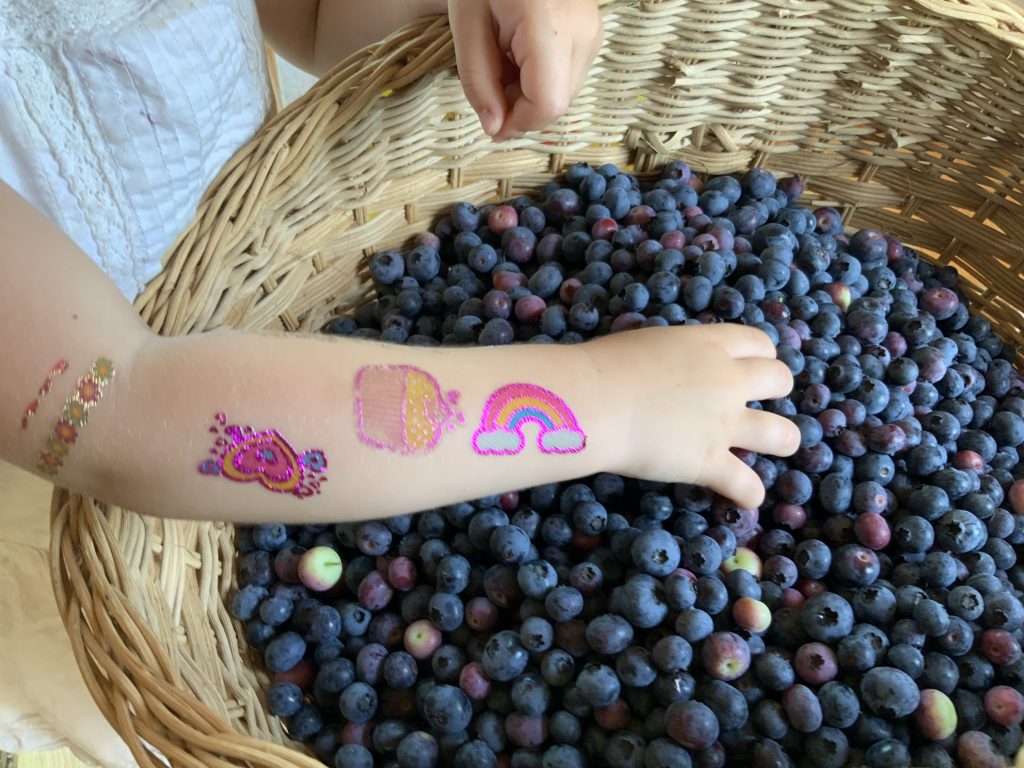 Zero clue how lucky she is. 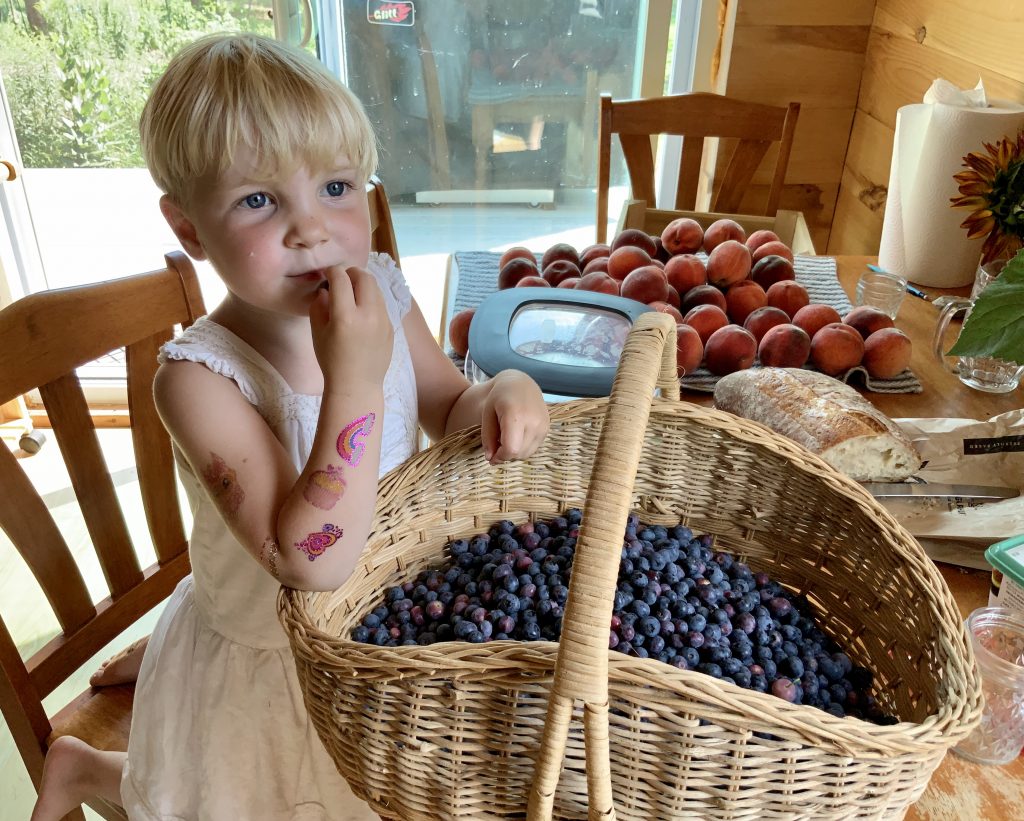 Nicole is experimenting with transplanting, the currants took easy, the blueberries are notoriously hard. But… one of them made it! And even with a high failure rate, it’s very much worth it as they are expensive otherwise. 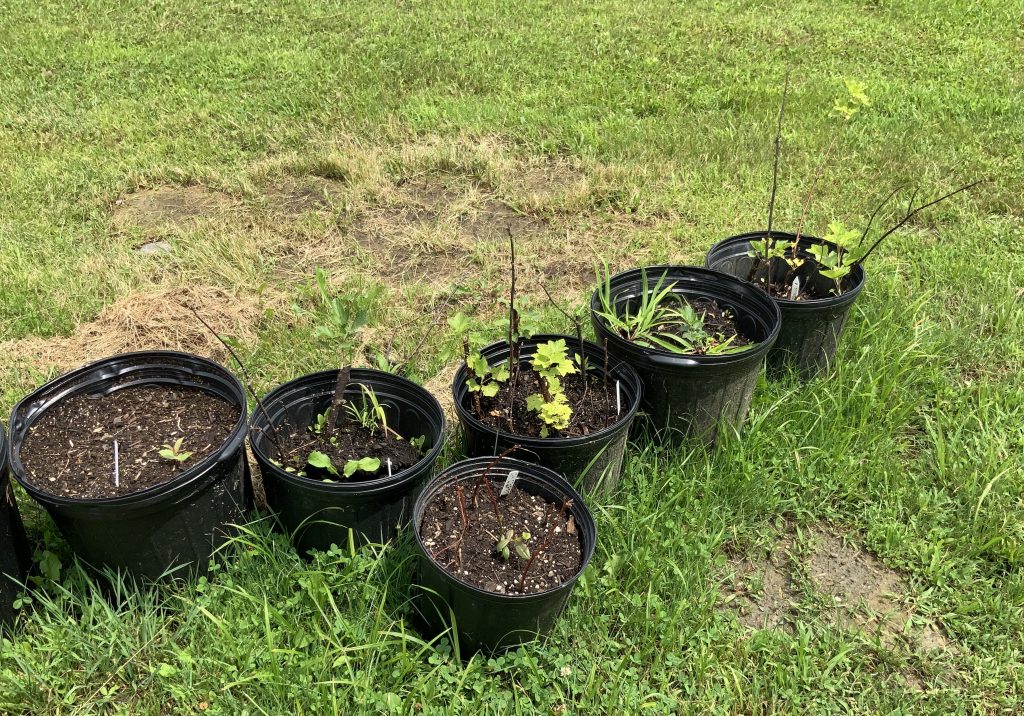 A friends gave us extra hazelnut twigs years ago, and the plants are finally well established. In fact this is the first year they bear fruit. I’m excited I haven’t had any in 3 decades, I remember busting them open with rocks as a kid. 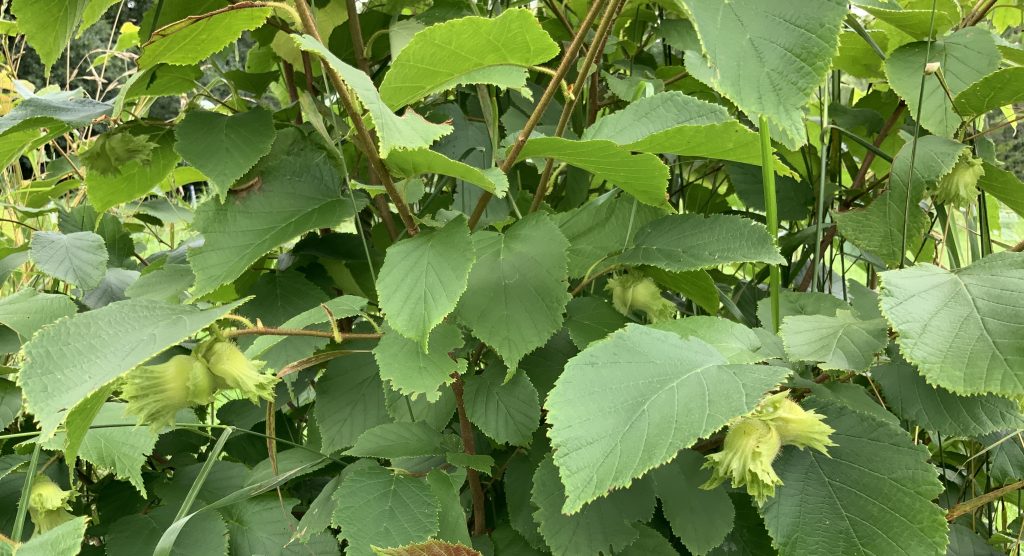 Nicole dug up and planted several flower patches this year. There’s too many flowers to list but she knows them all, what they are and how they grow. 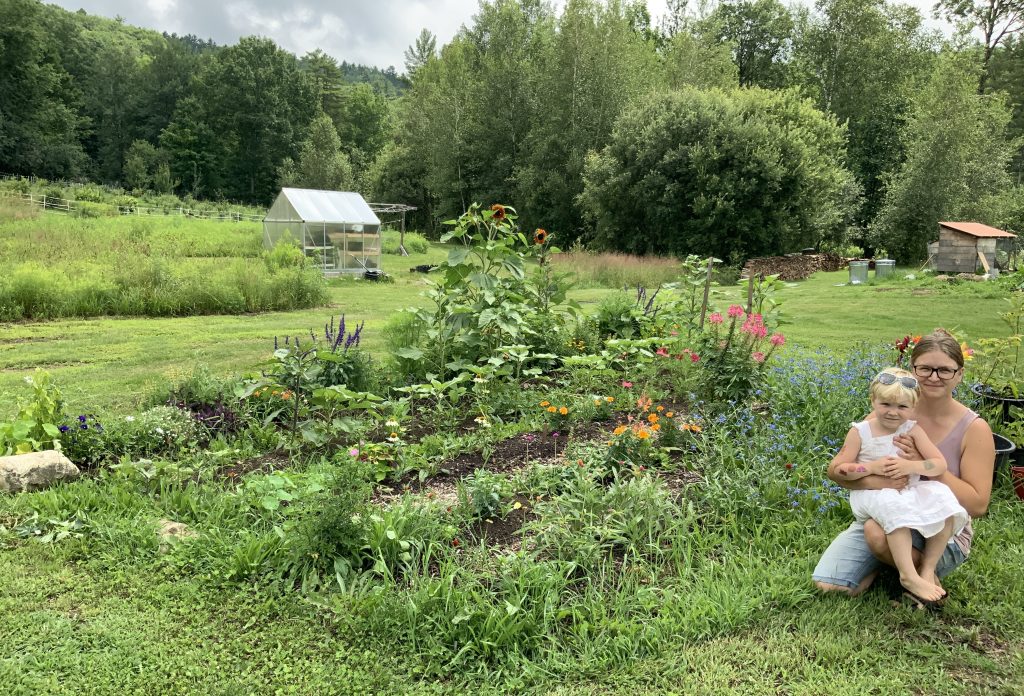 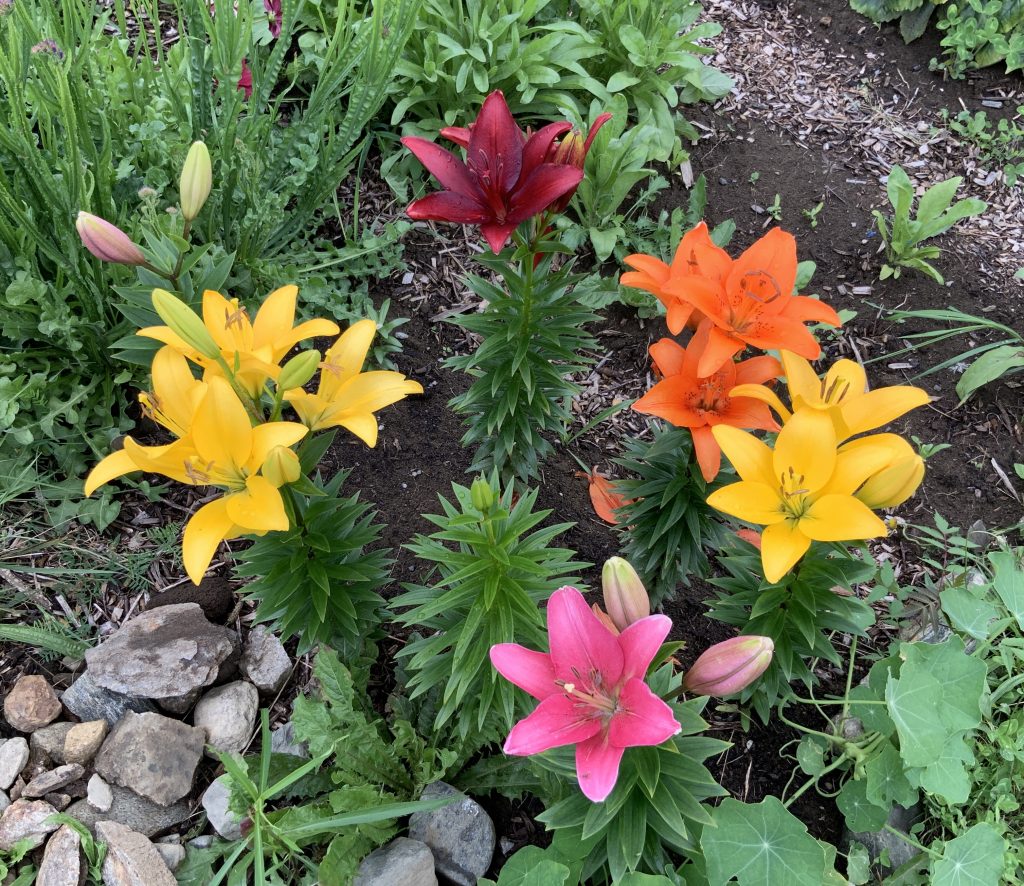 A bazillion pollinators work in the flowers. 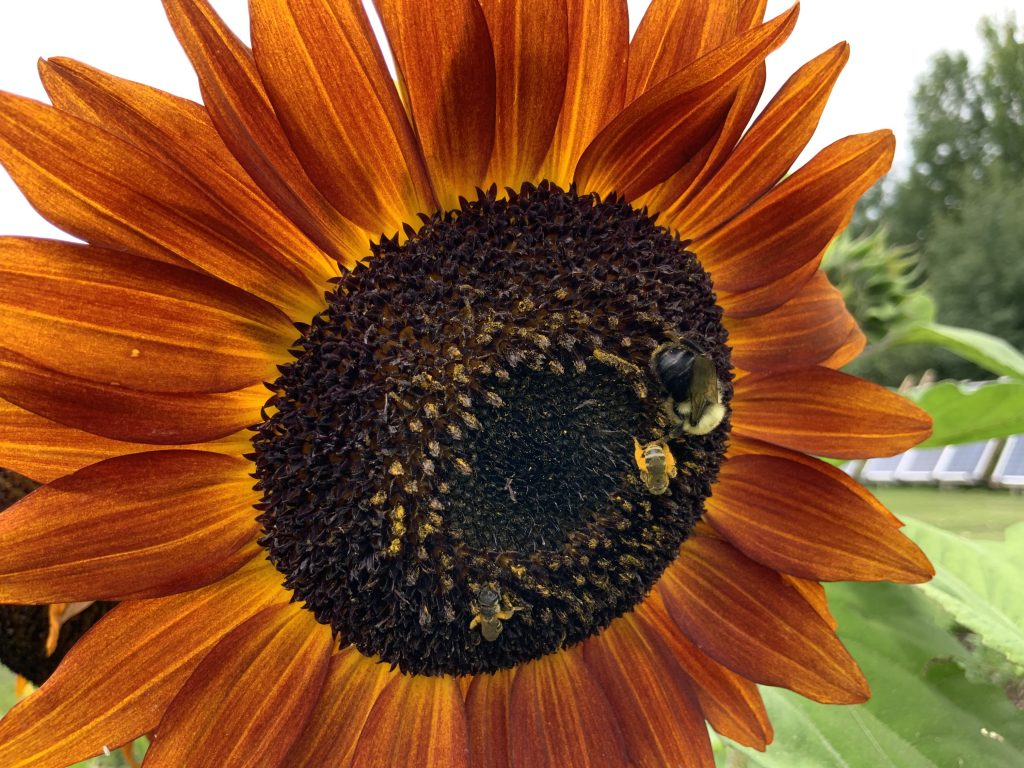 Later in the day, the flowers are clear of pollen. 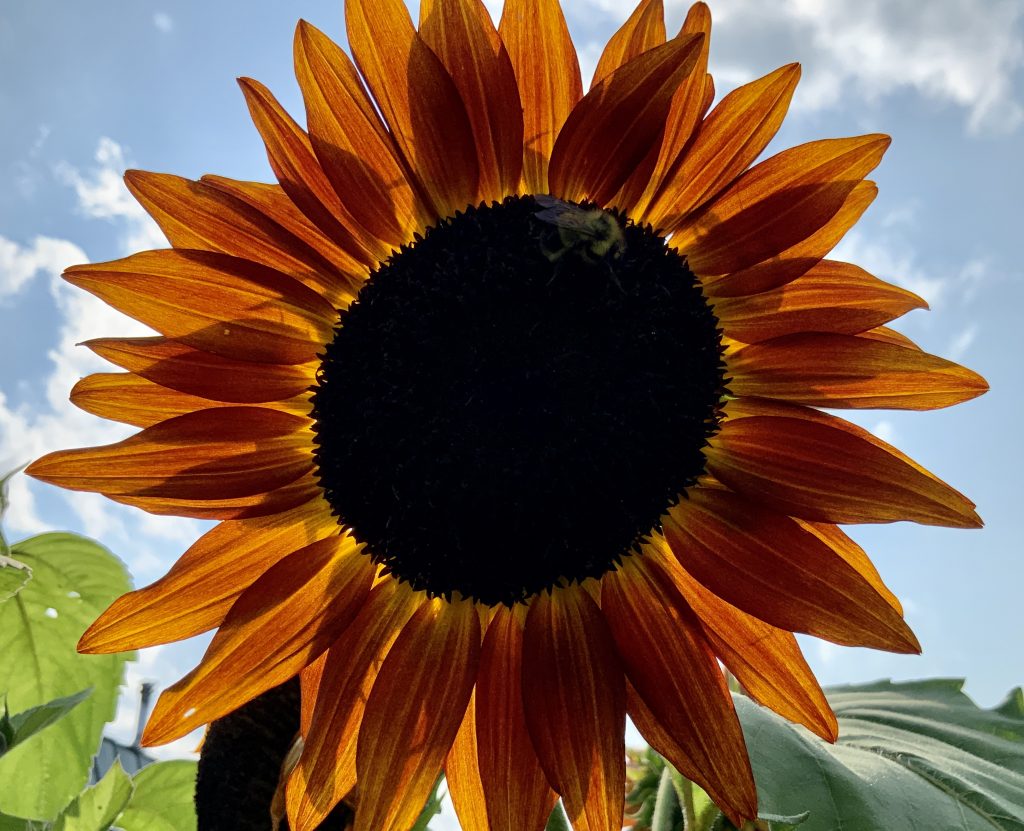 She made bouquets and put them for sale at the end of the driveway. We sold 1 and gave 4. Since she knows everyone in the village, people stop by to buy one, and of course leave with a chat and a free bouquet. It’s a great way to get people to stop by and catch up. 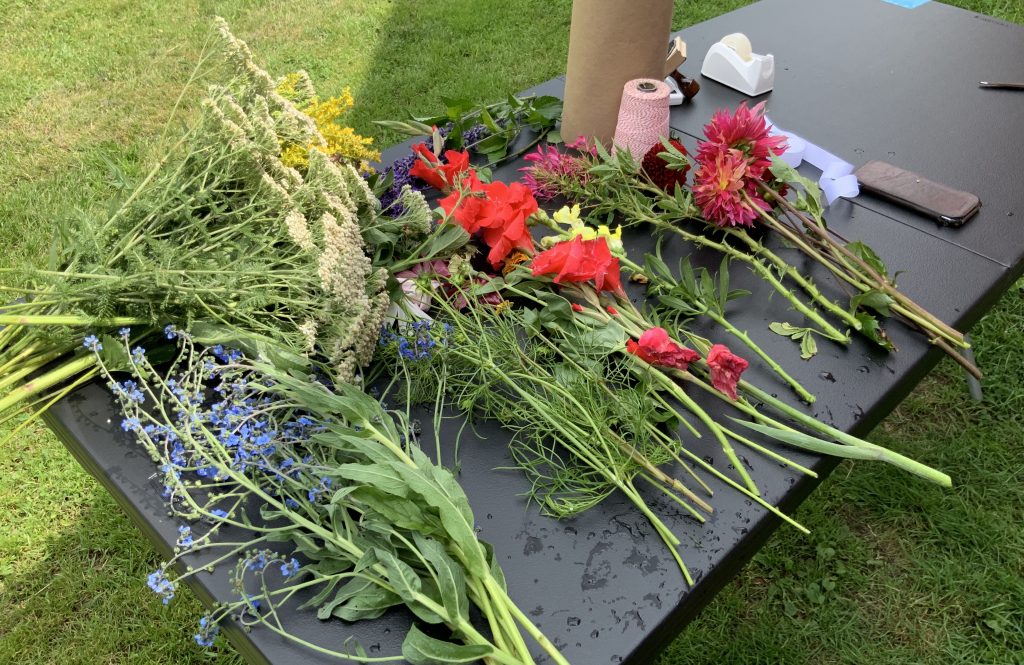 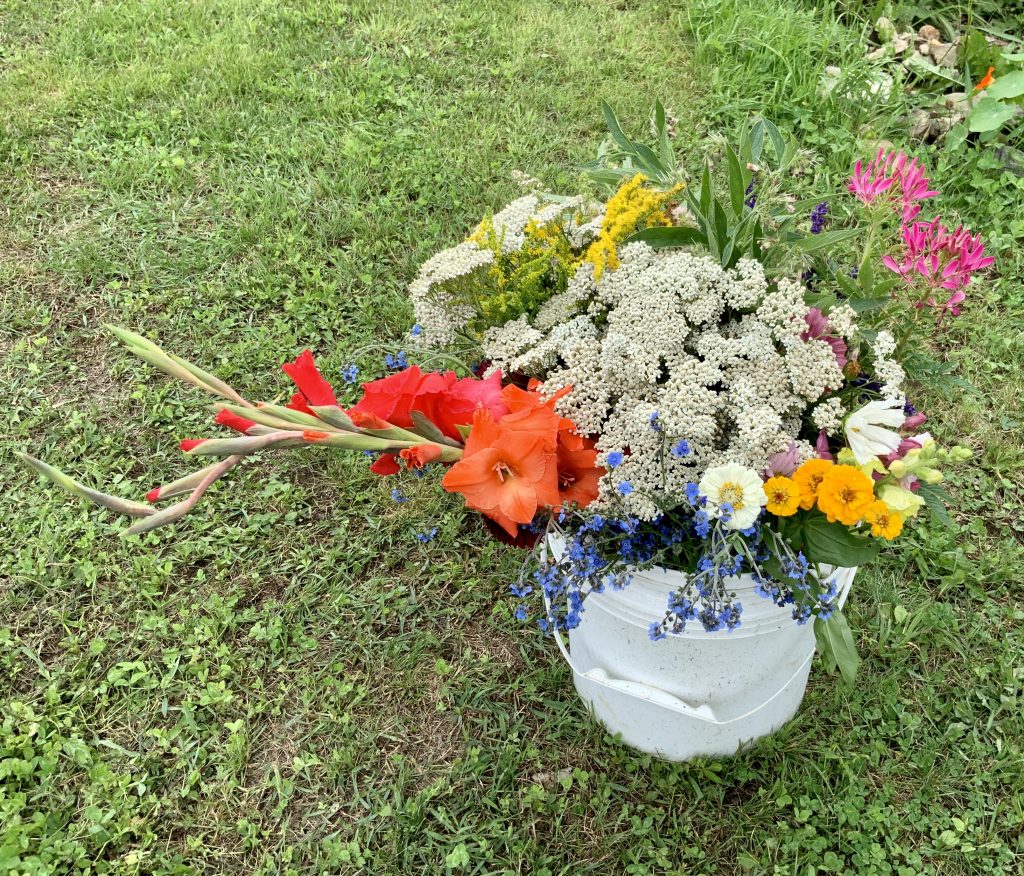 The garden is monumental this year, having more than doubled in size. We’ve been generous with compost and wood chips. The soil is very healthy. This spot is right between the house and the sugarhouse, the soil was better to begin with and it’s much harder to forget about the garden when it’s visible at all times from the house. This is the most successful one we’ve had, and I didn’t do anything :).

In the old garden/compost spots, volunteer squash and tomatoes duke it out with weeds. We leave them be, why not get a few extra everything for no work? 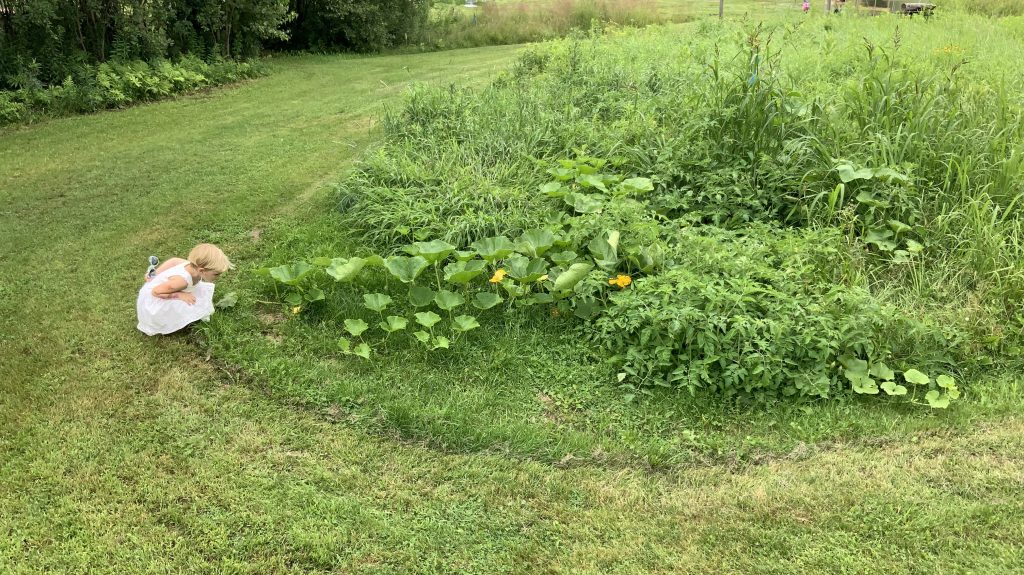 We had a broody hen again this year so we gave her 20 fertilized eggs to take care of. Only 2 made it, some weren’t really fertilized, some didn’t make it to the end. Such is chicken life. The broody hen is always more voluminous and talks to her chicks non-stop. She introduced them to the rest of the flock today. Esther wanted to pick a chick, and she was sternly reminded not to. 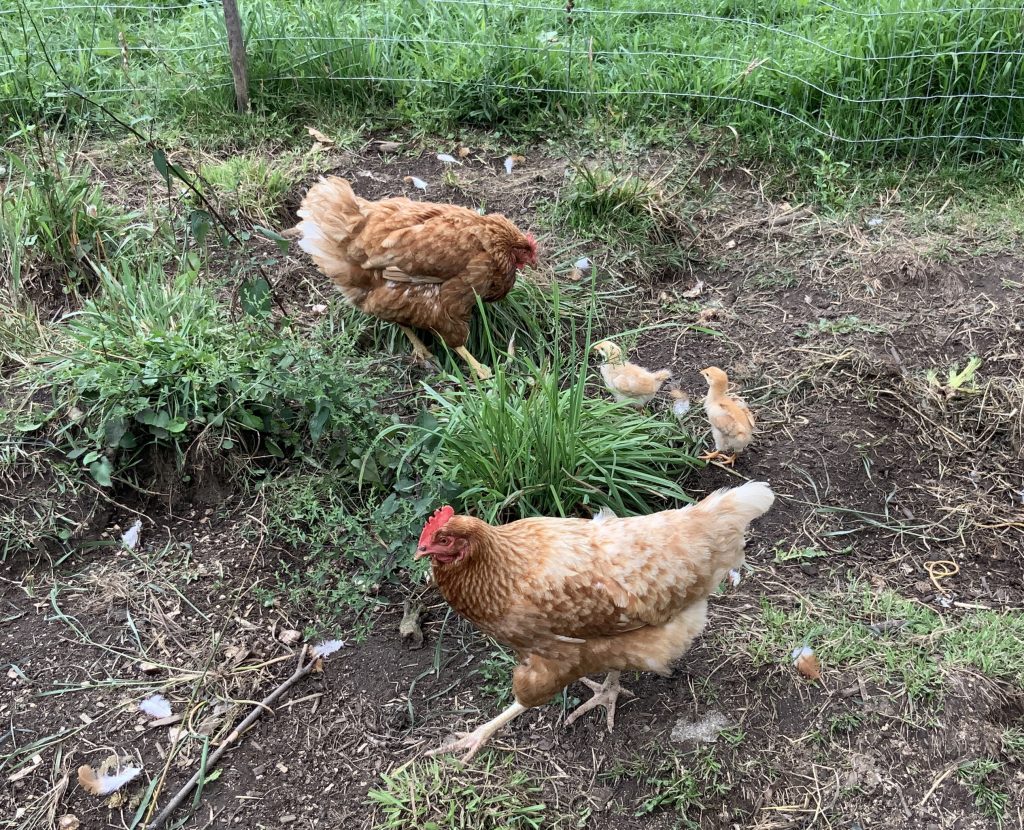 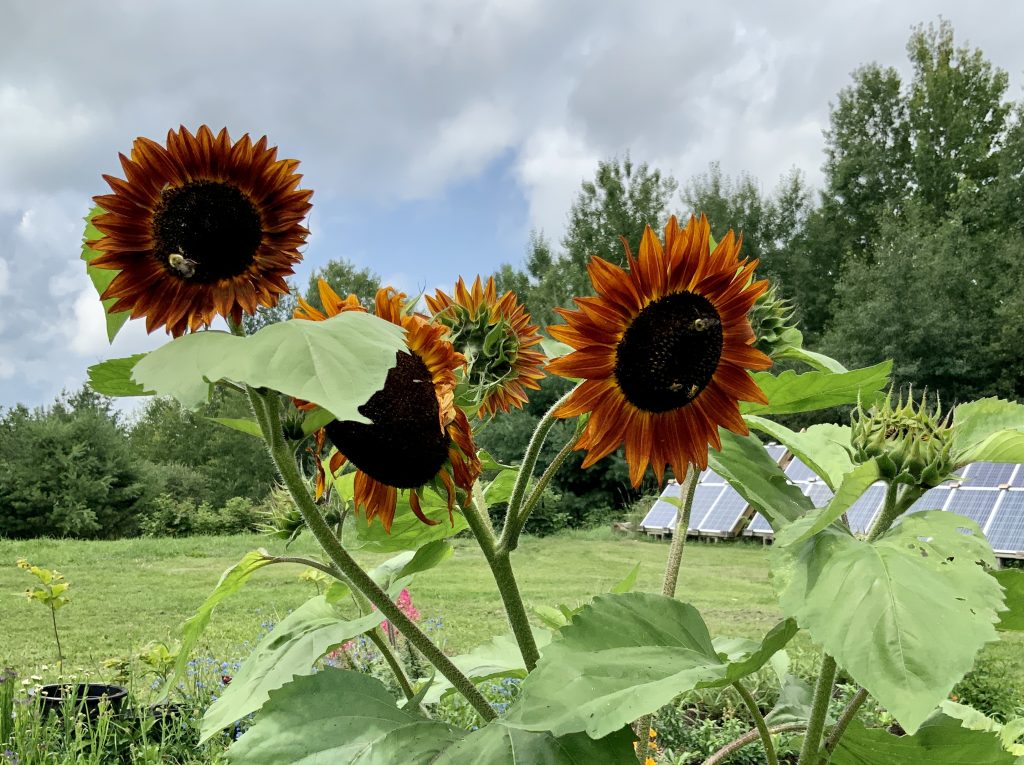 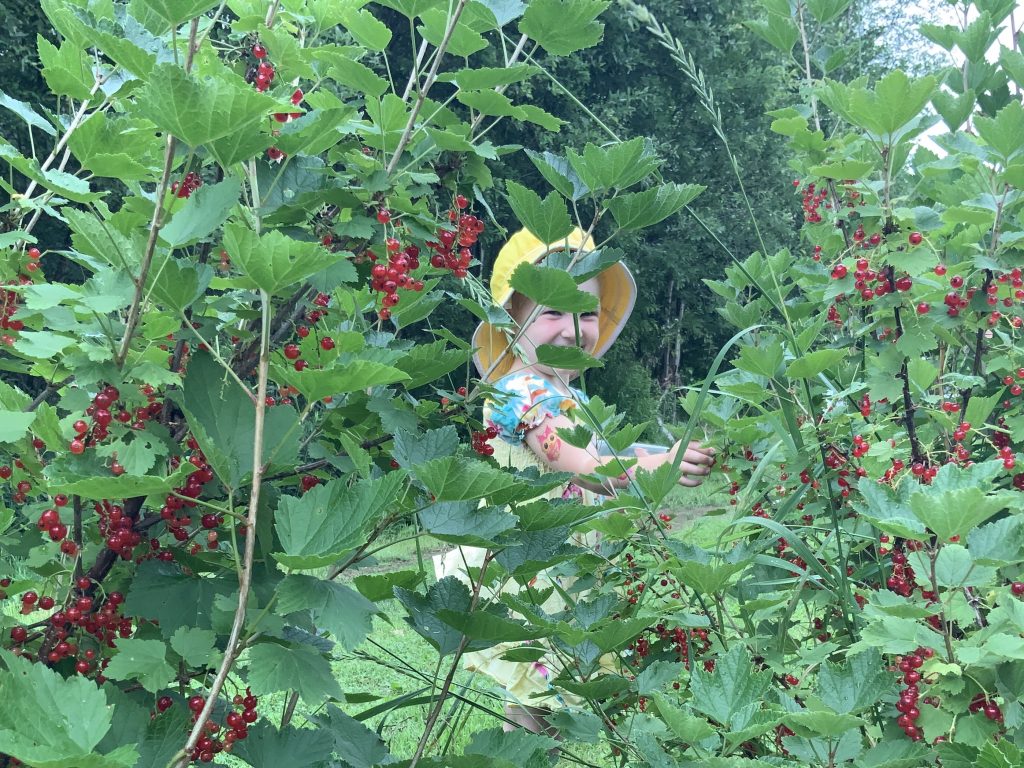 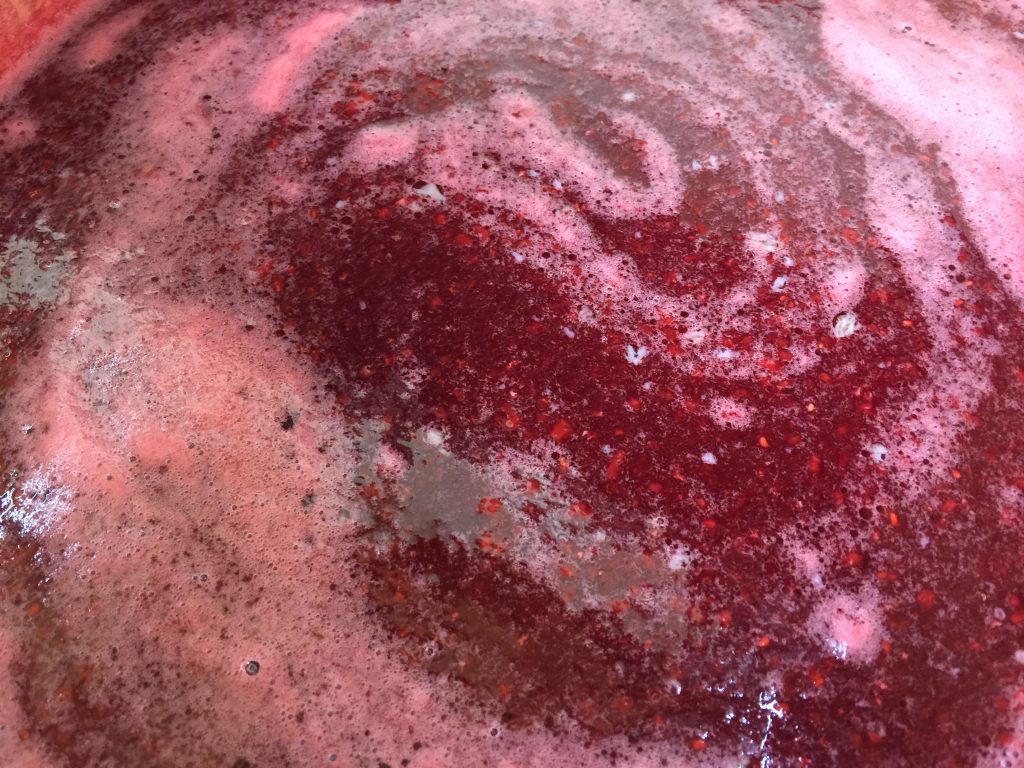 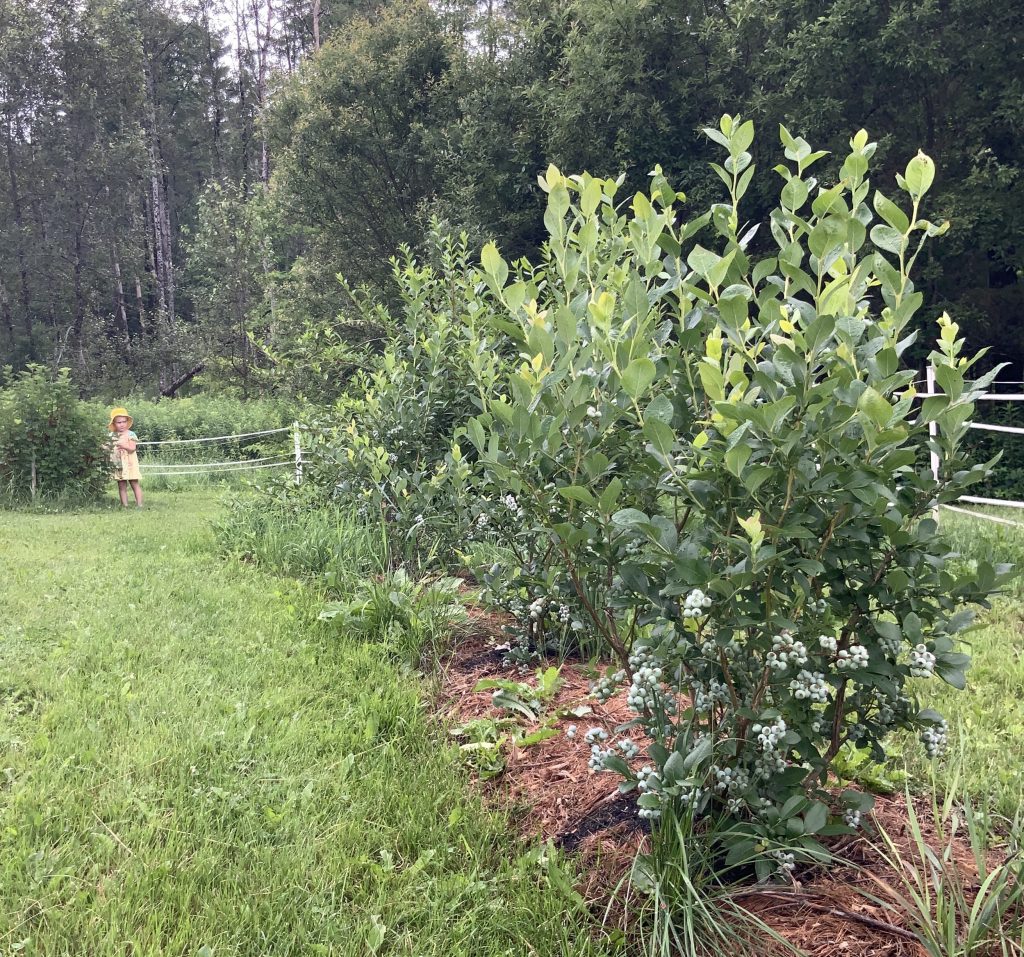 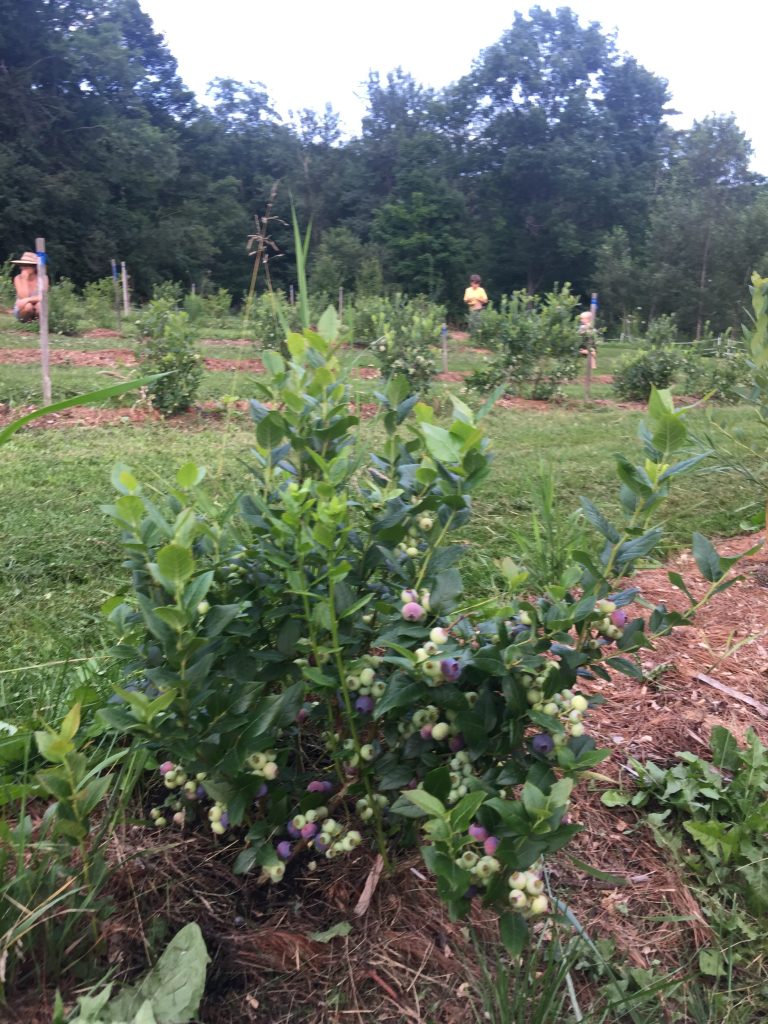 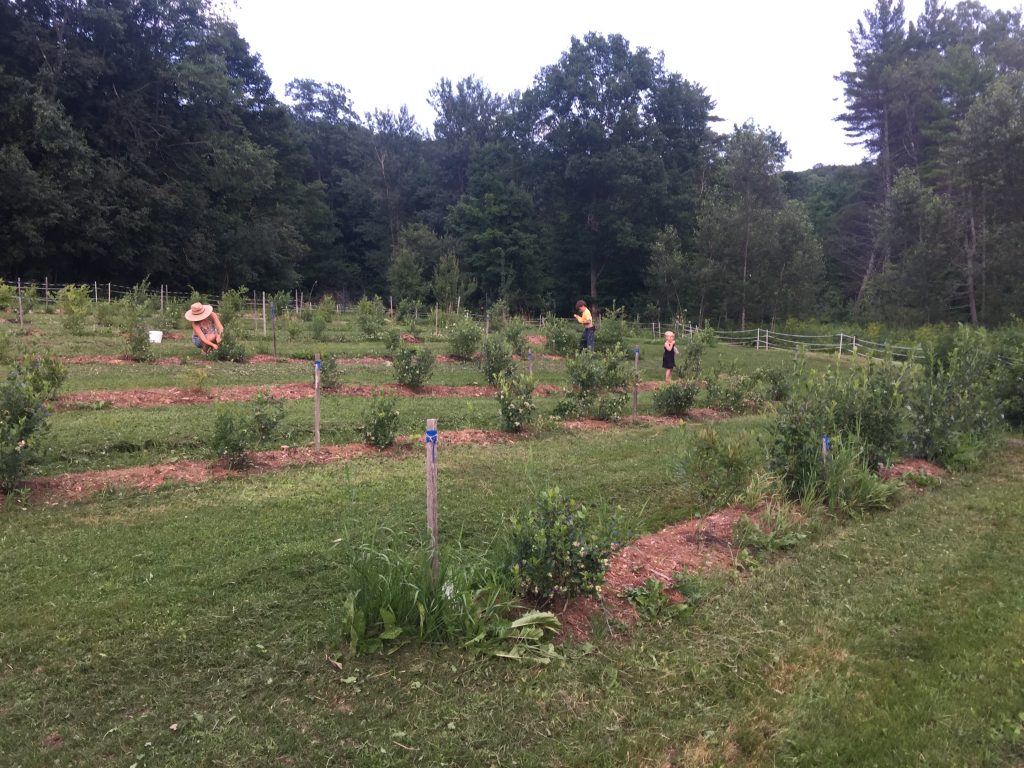 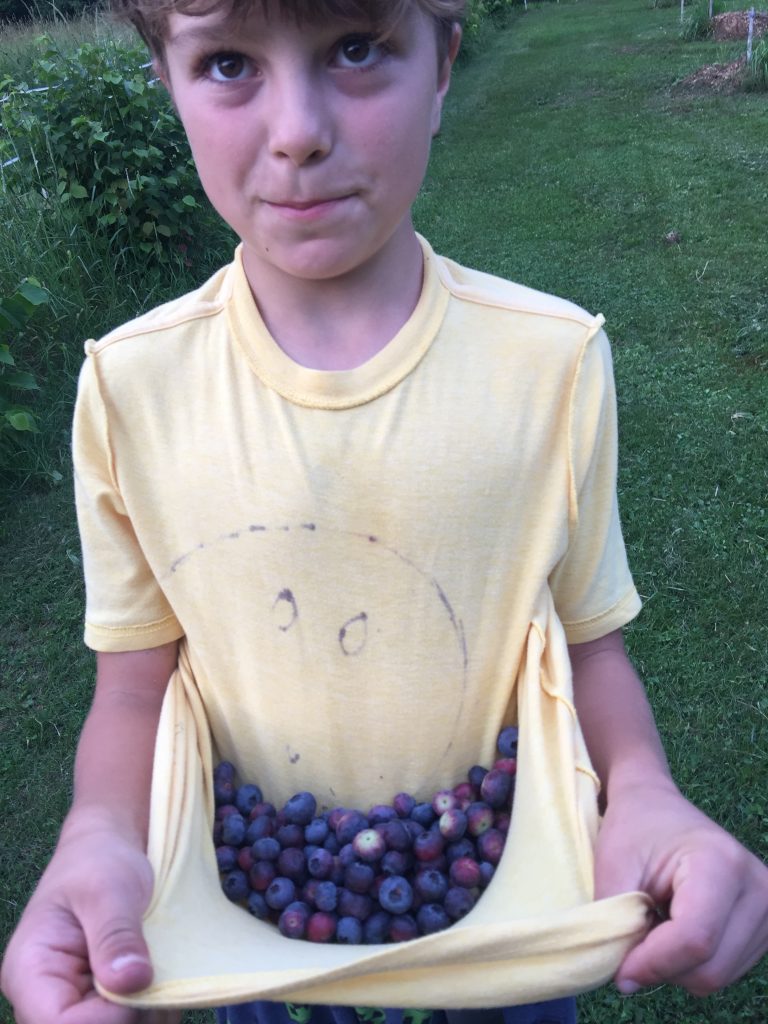