The marketing geniuses finally hit the sweet spot by realizing that every guy likes stuff that blows up. 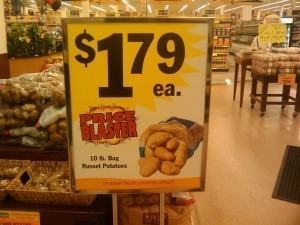 In the U.S. of A they don’t just reduce, decrease or even cut prices. They blast them! Fuck yeah! Give me 10 bags of that shit!

First, make sure that you’re root

I probably shouldn’t have to explain that if you’re reading this but just in case; if that last command returned something else than ‘root’ issue the following command

step 3: We create a little script that will take desired action upon spamassassin flagging

make sure that you

step 4: Ok, so we got spamassassin going and a little script that will take an email and throw it in /home/spamassassin if it’s spam (if you chose option1) now we just need to tell postfix to pass all messages to that script

If you wanna test that out, watch the log while you send emails to your servers

send a clean mail, make sure that it reaches destination, then send something you know will get flagged as spam and make sure it ends up in /home/spamassasin instead of the intended recipient.

The reason we choose option 1 here is because there’s no point in still relaying a flagged email as it will still clog the recipient’s mailbox. On the other hand we don’t want to just delete it if spamassassin makes a mistake we want to play it safe and keep every emails should something arise, we quarantine the bad ones in /home/spamassassin

Lastly, as long as you have postfix just feeding the emails to a script like we just did, it’s easy to become fancier and do all kinds of processing to the email, on my server I actually call a php script that throws emails in a DB.

If the following happens to you: