The backhoe is really paying for itself this year, I just added conduit from the solar shed to the house for a much more legit electrical setup. I gave us 2 3″ conduits separated by a foot, the idea being that I want to have separation between AC and DC (a lot of the house is on 12V DC) to avoid interference. And I also need to pass some data. It’s all been in one bundle for years so I don’t think interference is a real issue but hey, now’s the time to give us options. 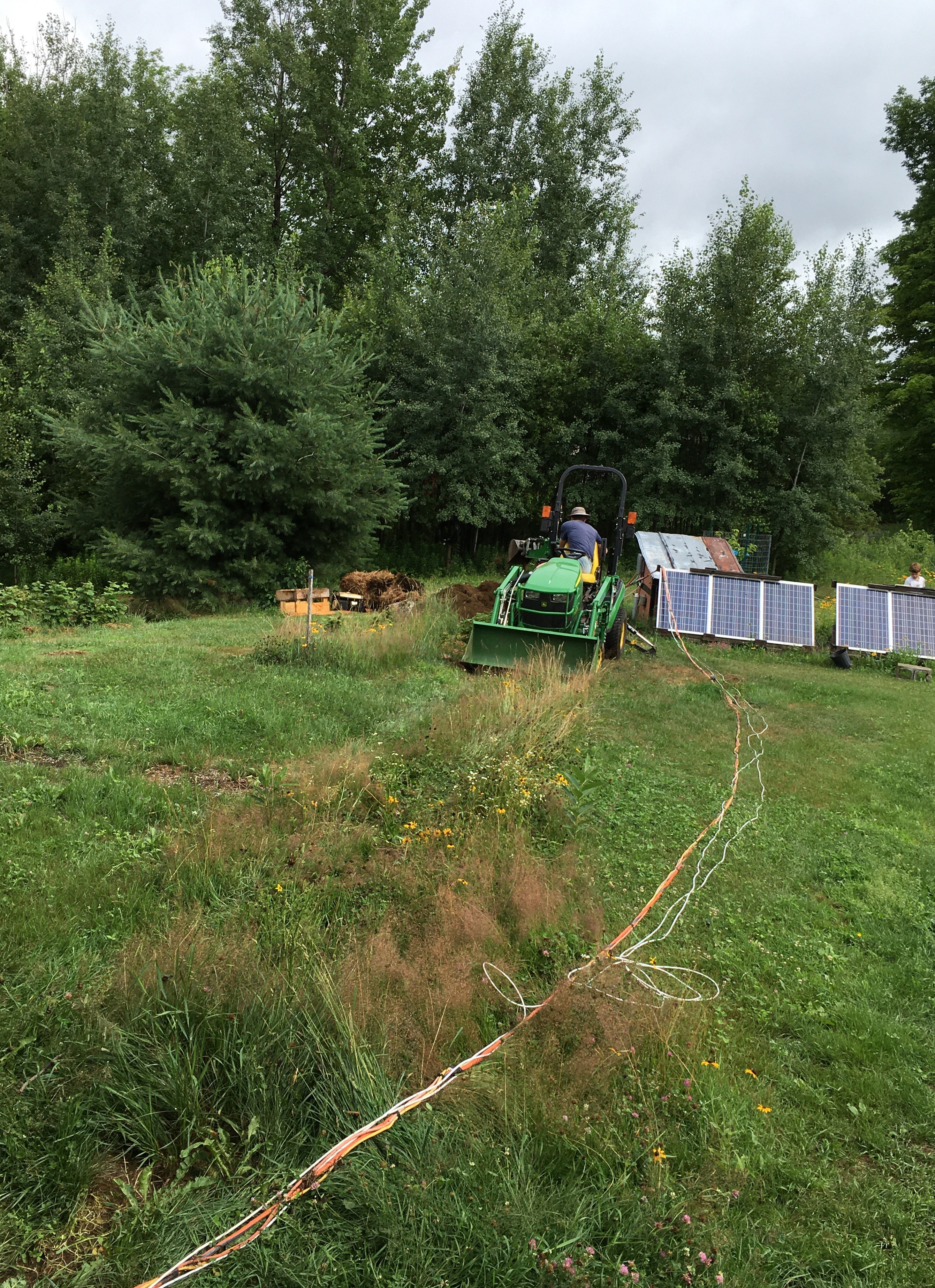 Kids always love a hole in the dirt 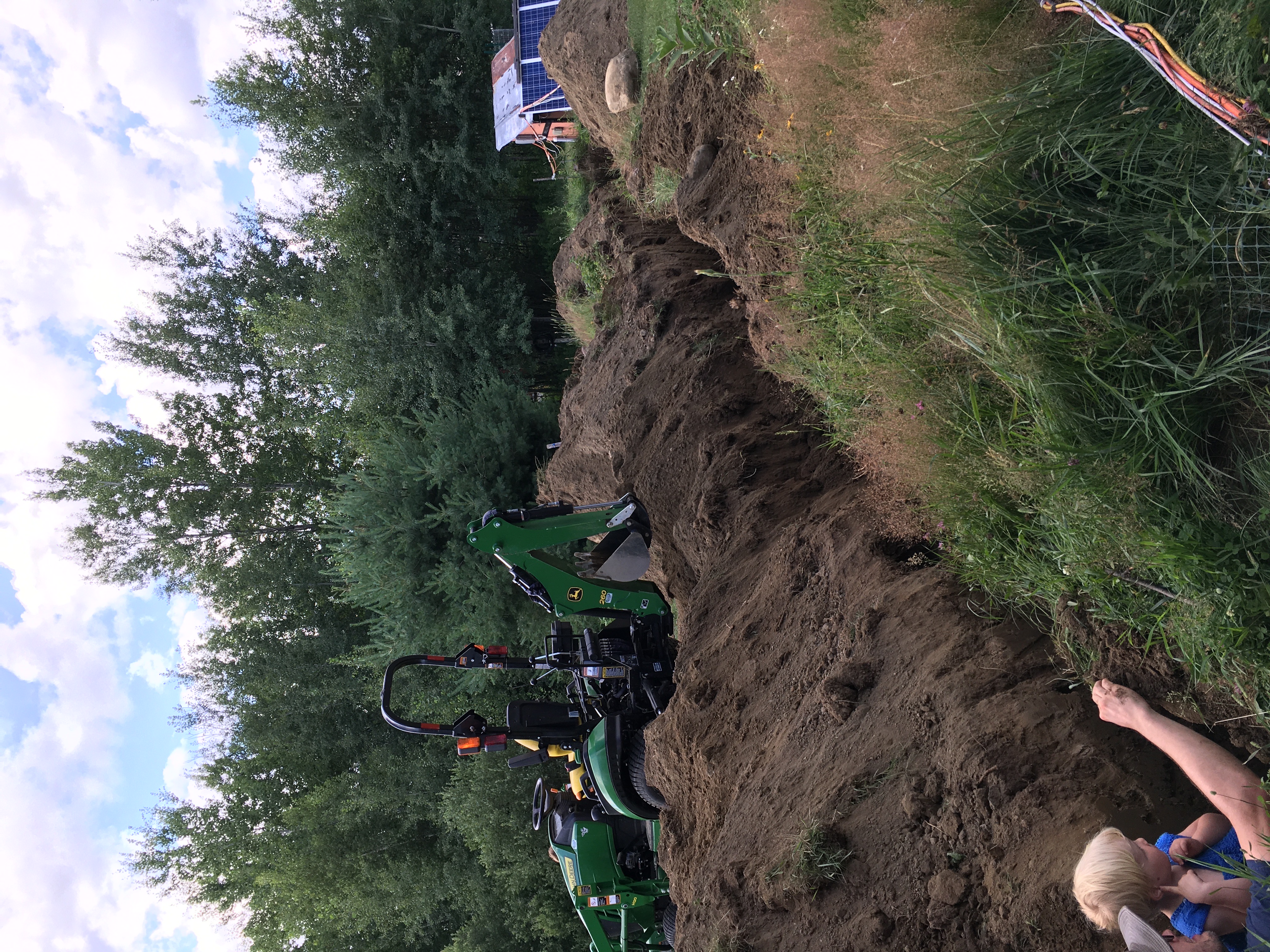 Schedule 40 3″ pipe is MUCH harder to work with than 2.5″, it barely has any flexibility. Don’t forget the expansion coupling going from the ground to the house. 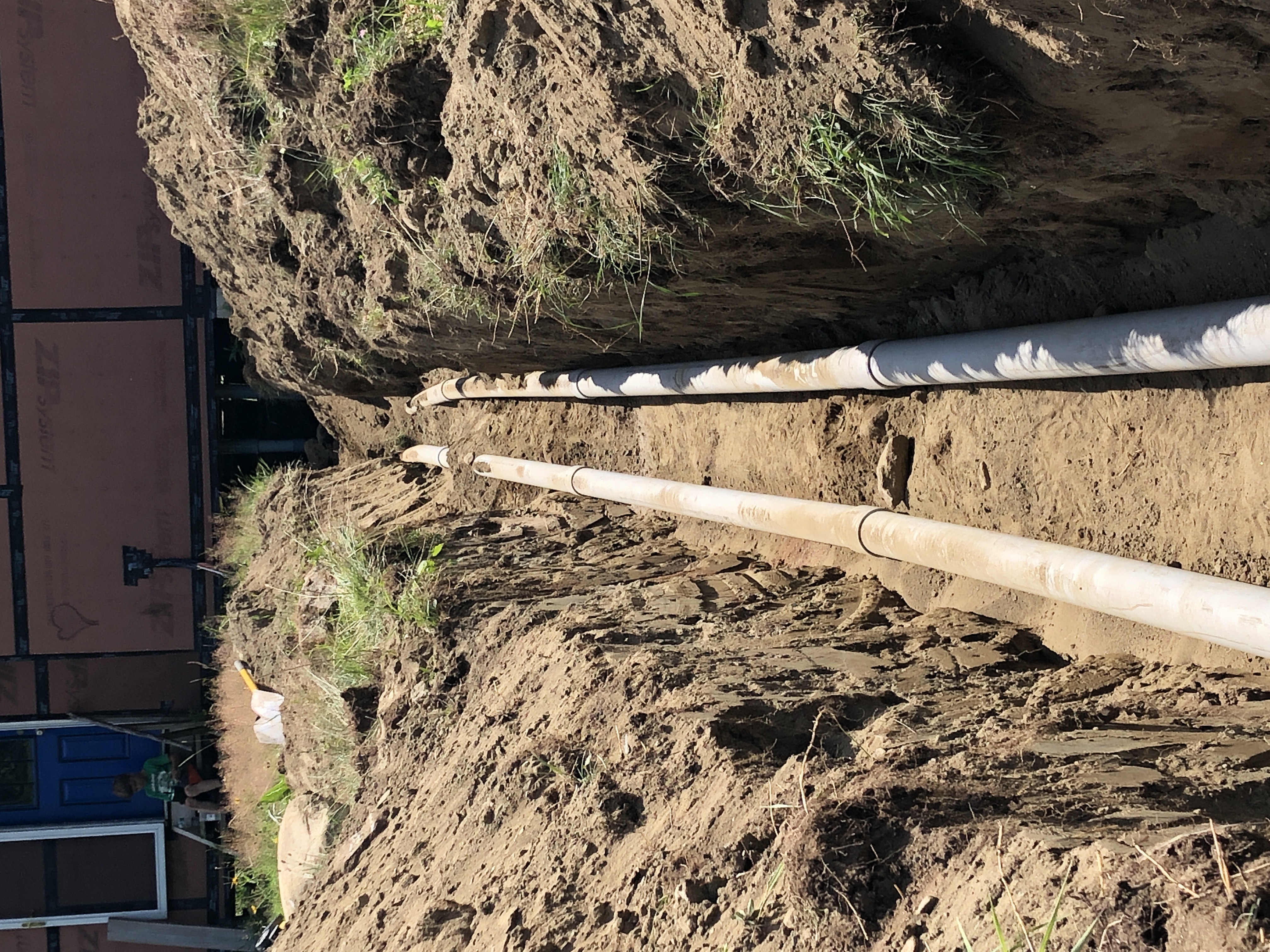 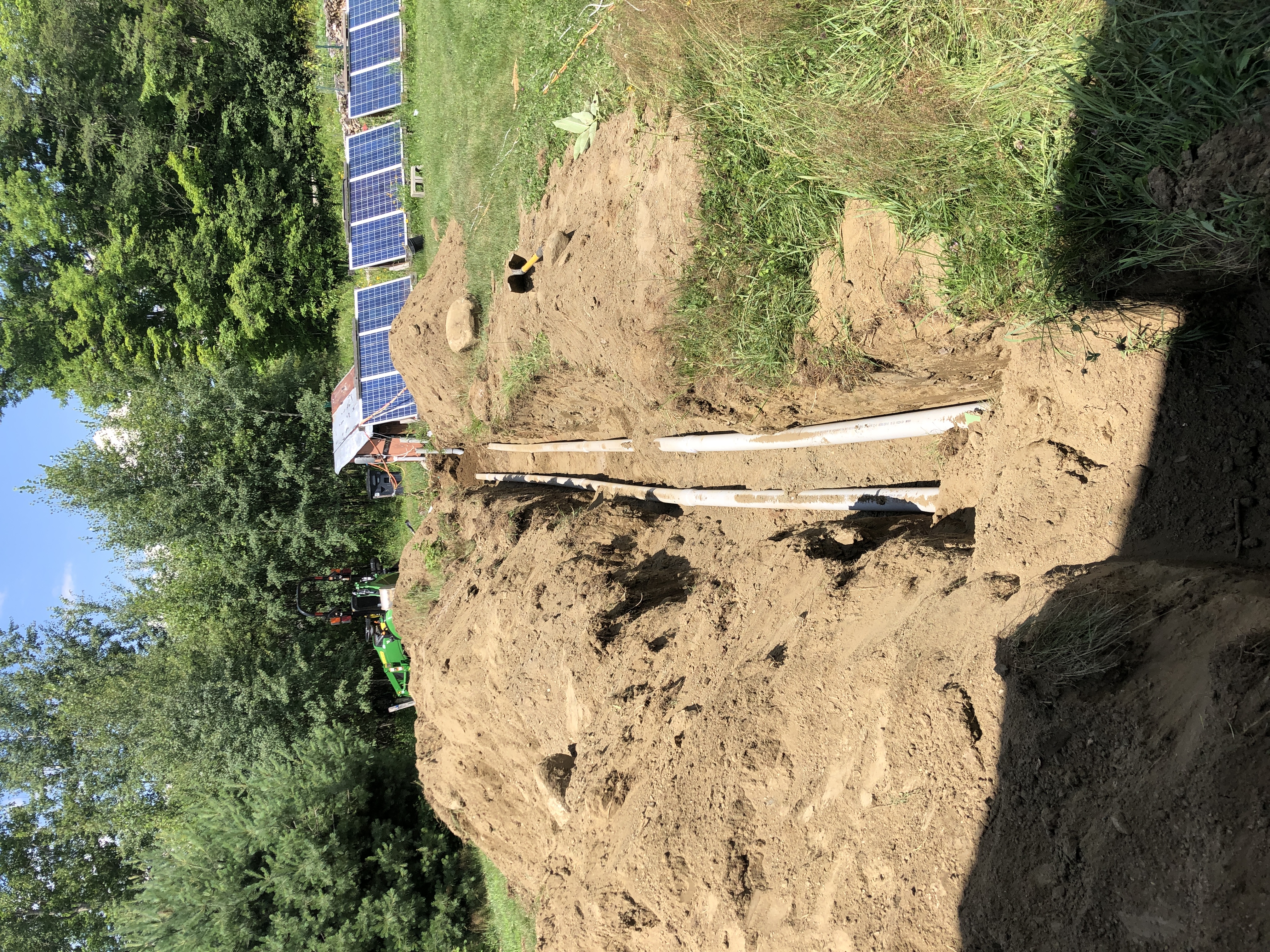 I’m still working on the wiring, all conduits end in the same spot with the idea that this solar shed will become more in the future, most likely a root cellar doubling as housing for the batteries. 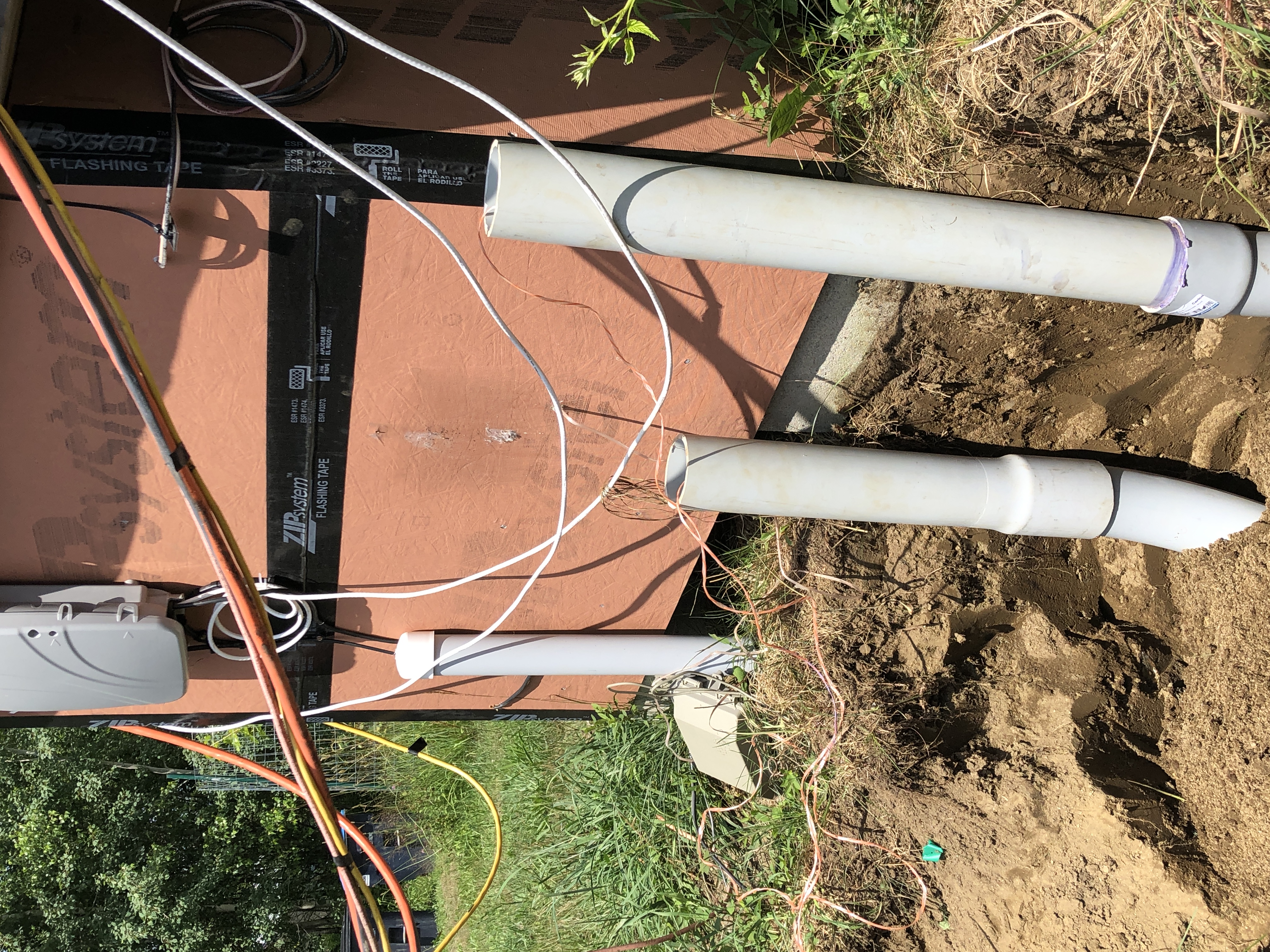 Inside the house, things are about the be super legit. 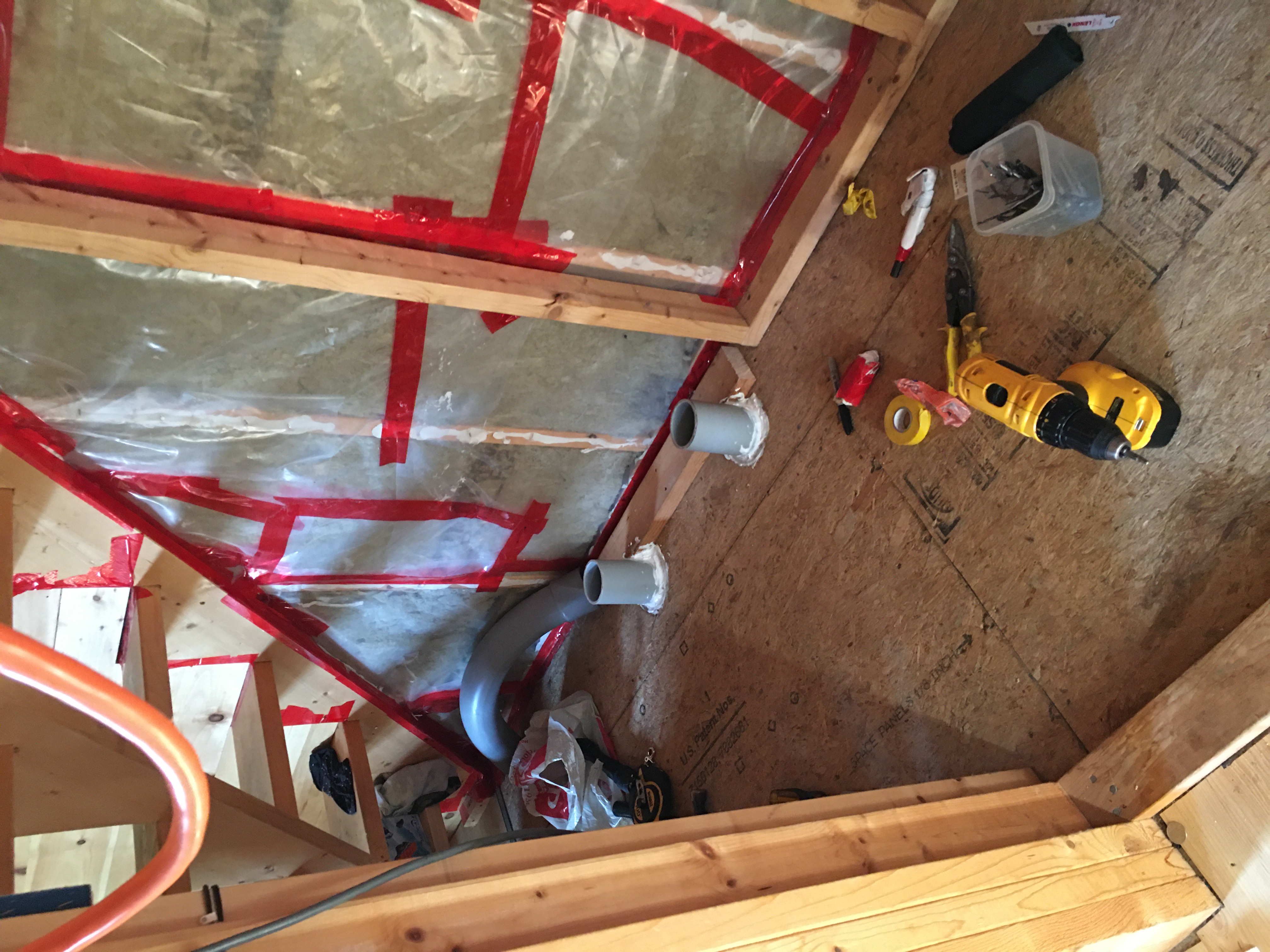 Filling it all back up 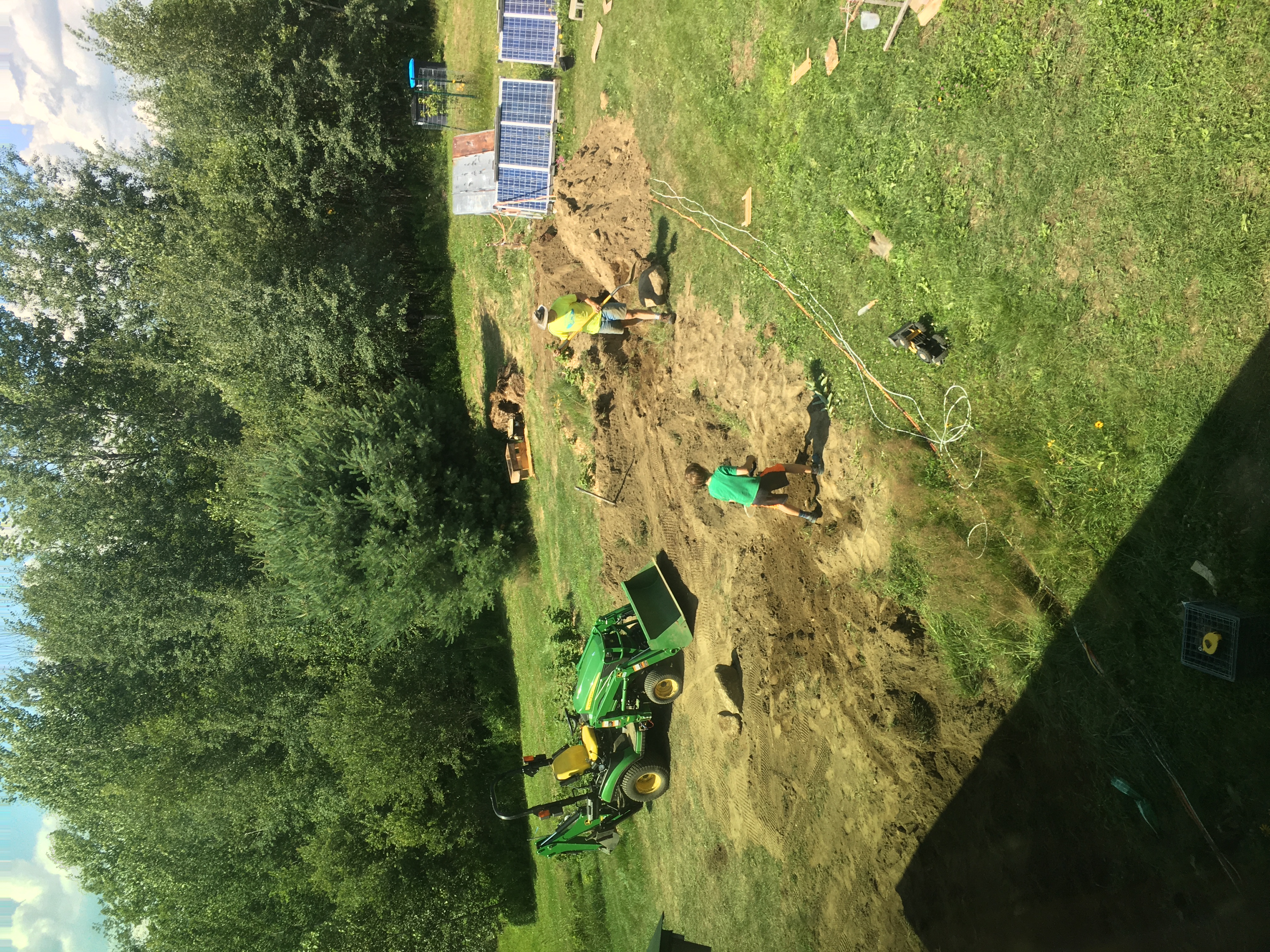 A little dirt will really keep kids busy for hours 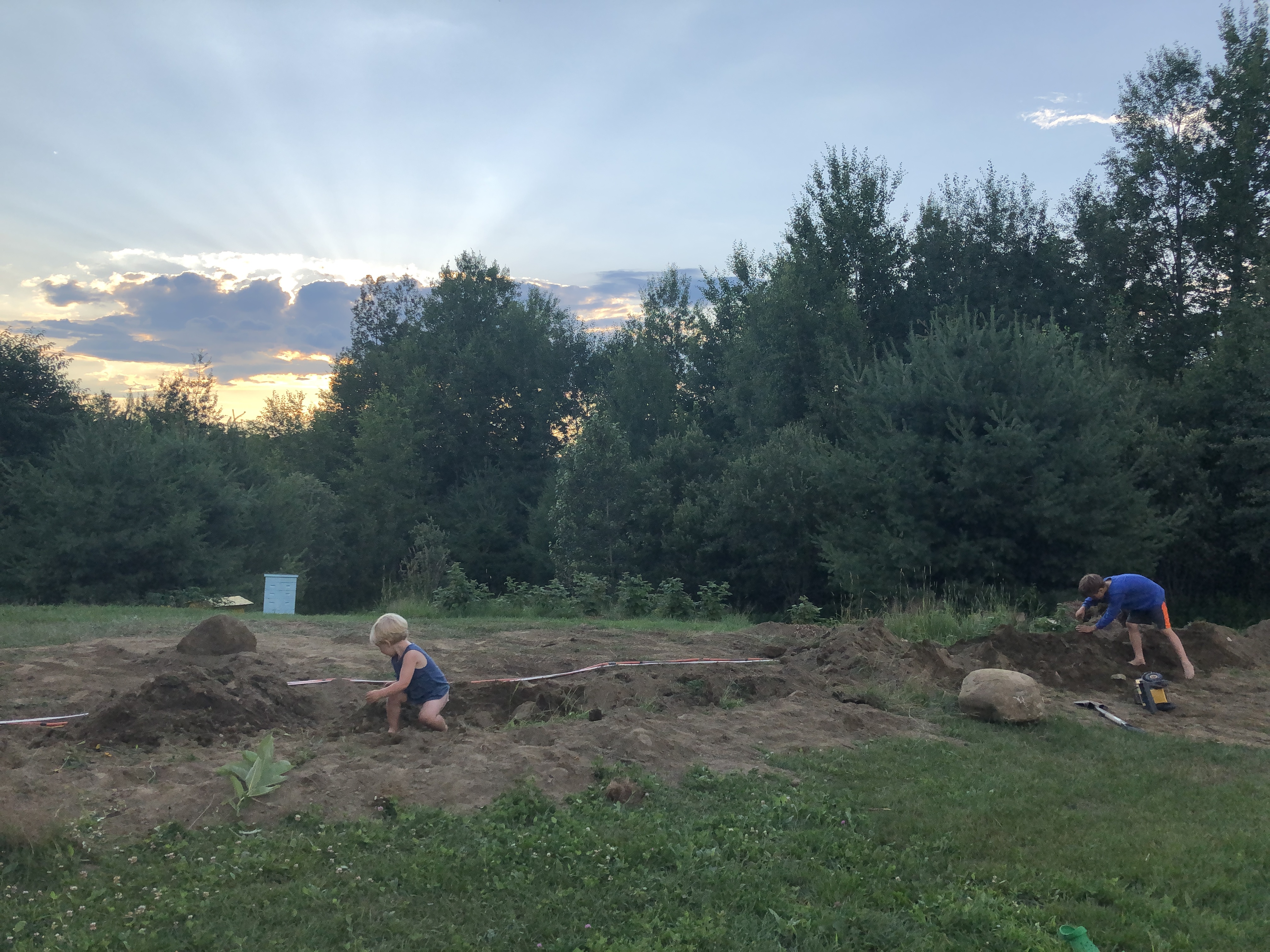 While the backhoe was on, I helped a neighbor dig holes for a pole barn assuring him a beer was all I needed for thanks. Little did I know that I would instead be introduced to a concept which was thus far foreign to me: the wheelbarrow full of beer & wine, which showed up at my doorstep the following day. I certainly love the abundance, but what really cracks me up, is the idea of Lou rolling around the neighborhood a wheelbarrow full of alcohol. 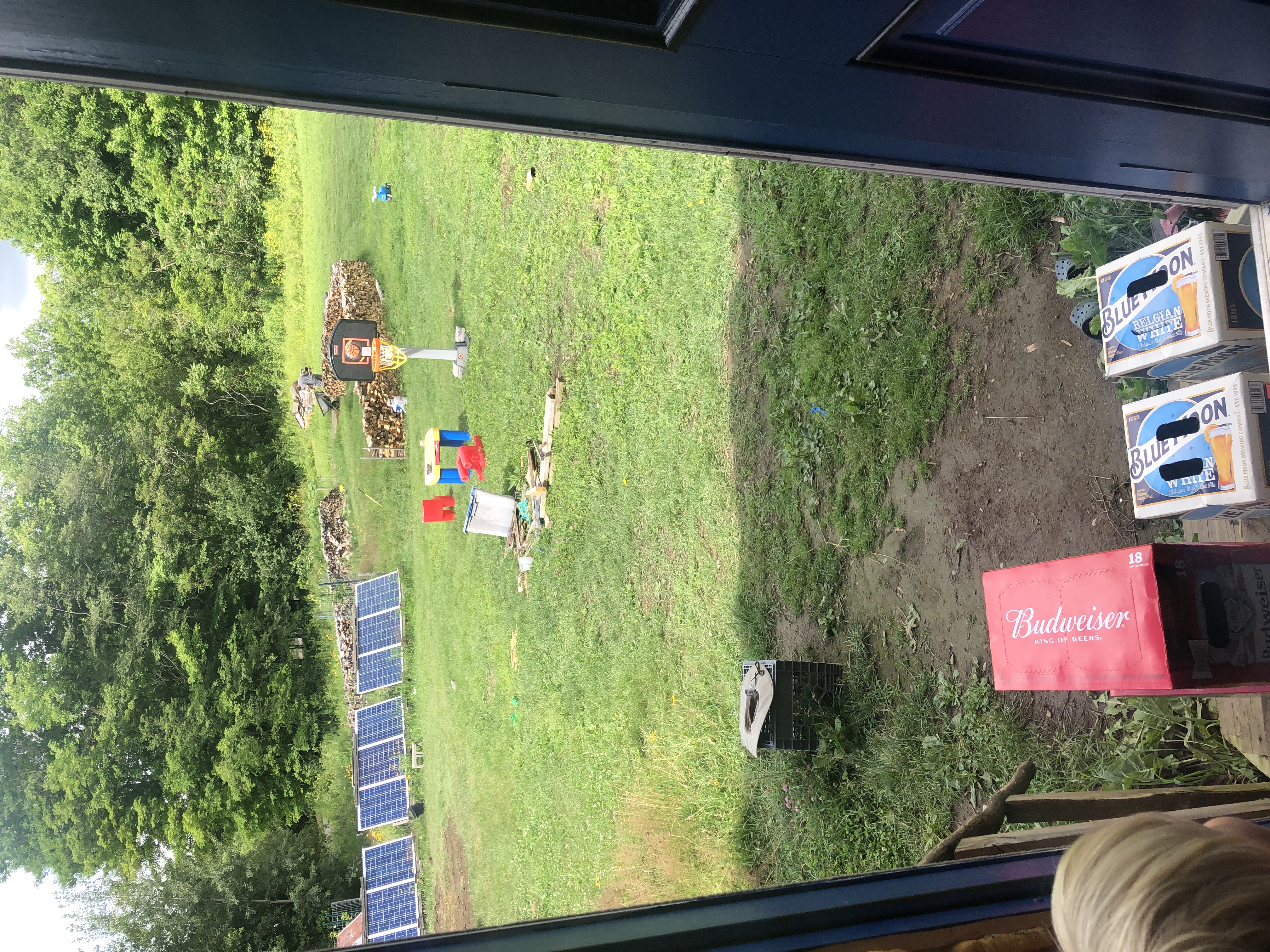