For a couple of days, we struggled to keep batteries charged even though Sun was plentiful. Quick investigation revealed the charge controller taking pauses for no apparent reason.

I looked at the charge controller’s screen which had some sort of fault, the manual wasn’t particularly helpful but the screen did show that the battery temperature sensor was reporting 67°C, which was absurd (and checked by hand).

The culprit was the sensor, which held against the batteries inevitably got acid water splashed on while refilling the batteries.

The charge controller does not need to know the battery temperature, but it is better for charging decisions and fault protection. So it can simply be unplugged for a bit, but also… I actually have been slowly accumulating double our solar setup, 18 more panels, 1 more charge controller, 1 more inverter, and all the bits and pieces to put them together. We are slowly getting our ducks in a row for an electric car and this currently not deployed expansion is for it. In any case, I just grabbed the sensor from the extra charge controller and plugged it in and ordered another one. It’s nice to have backups of everything too :).

I also added to the monitoring script so it would bark if no amps were coming in during day hours, this really should never be the case.

Megadouche is back in business, it has been since early April. We’ve learned that we can deploy it early and get some use regardless of small frosts. We have it for almost half the the year now and its deployment is cause for huge celebration. The kids are very excited about it.

It comes with several major improvements this year too, I’m not sure we’ll be able to top that.

This guy can heat double the amount of water the previous one could at 3.2 Gallons per minute.

Bigger pump, bigger shower head to go through all this water, and a better platform to step on

We now have a choice between the shower head and a longer hose that can reach places like the tub or laundry spot.

It used to suck, when a tank became empty, to go get another one in the middle of a shower. This “auto change-over” contraption comes from the world of RVs and will alleviate that. I still need to make all this a little more stable.

We’ll often be out there after dusk, and so instead of playing with flashlights I found some outside 12V DC string lights I could hook up to the little solar system we have out there to move water. It’s extra magical.

The very fancy control board

last year a mouse built a nest right in the water heater one night. I imagine it must have been traumatic how its house turned into a sudden inferno. I had to disassemble it and clean it, no thanks. Also one day the water switch was just pulled to the “on” position, and we’re just not sure what happened but we blame squirrels. In any case, this thing there emits ever changing ultra sounds and LED blinking to hopefully keep all this away.

The siphon & sediment tub are the same, the formula works great. I did add an old battery to the solar setup, but it wasn’t really necessary, I just had it laying around.

This very well may be the final incarnation of megadouche, it’s become a fixture we all love.

When your cat rubbing itself all over things impacts electrical production. 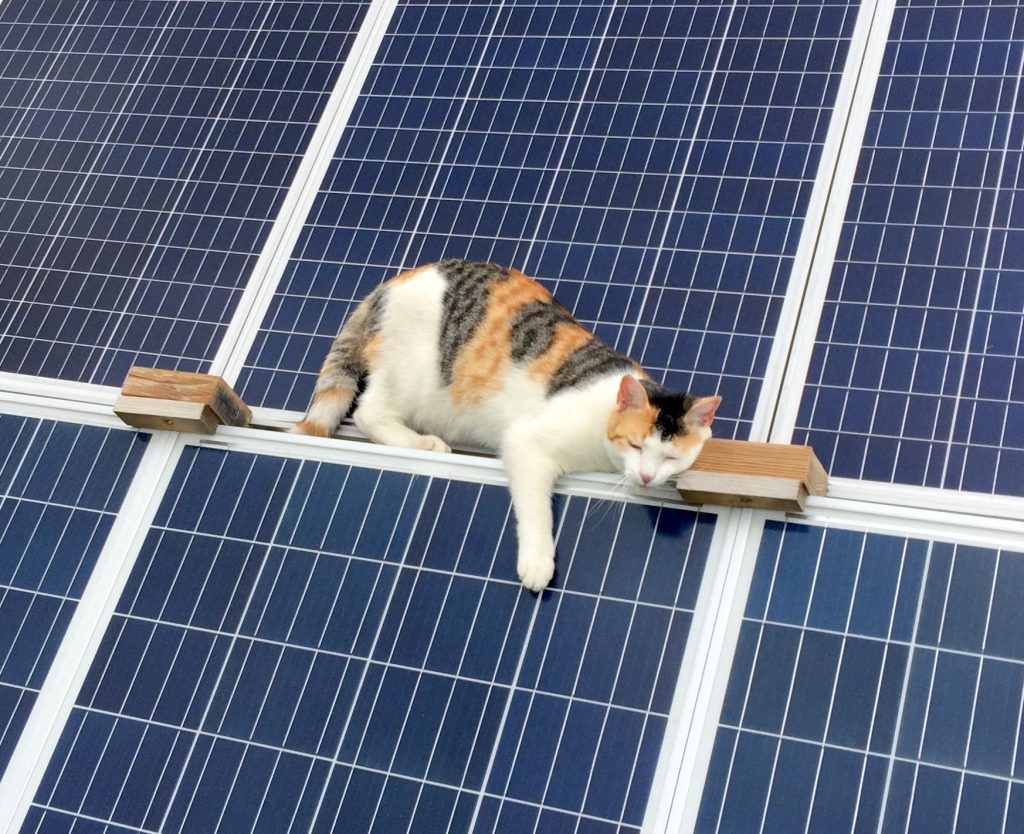 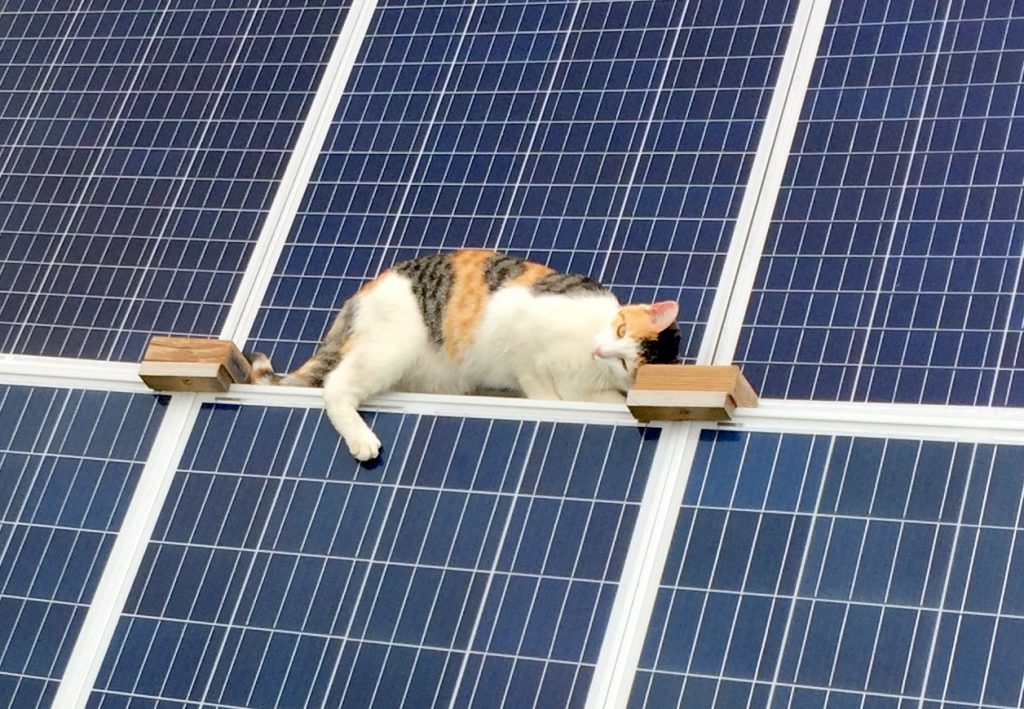 It’s fun but she doesn’t have enough surface to make a real impact :).