The little static box is up & running, Akrin has been fully migrated to it. I absolutely love that there are no moving parts in there. The running temperature of the CPU is what worried me the most since nothing is making the air flow in & out of there. At the heat of heavy processing, the temperature of the CPU doesn’t go above 67 degrees Celsius. That’s pretty all right! Quite frankly this little box handles stress very well but my point of reference is so obsolete I’m bound to be impressed :).

Picture bellow, the new & old Akrin together for a soul transfer 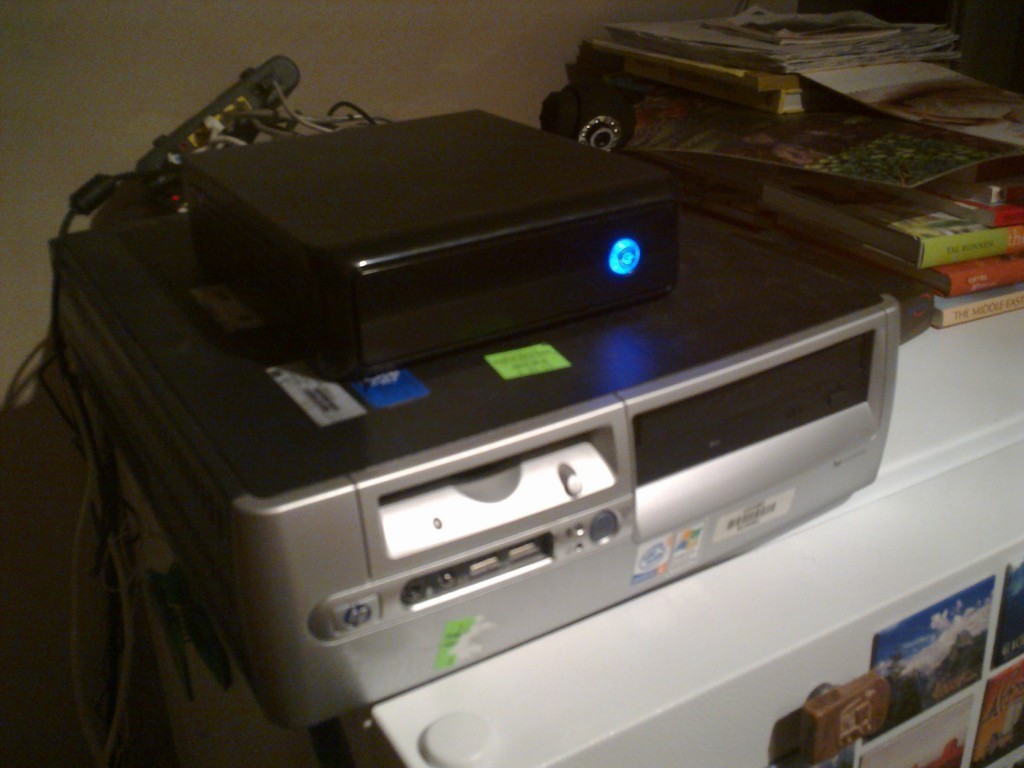 So there you have it, a kick ass little box discrete to the eyes & ears. 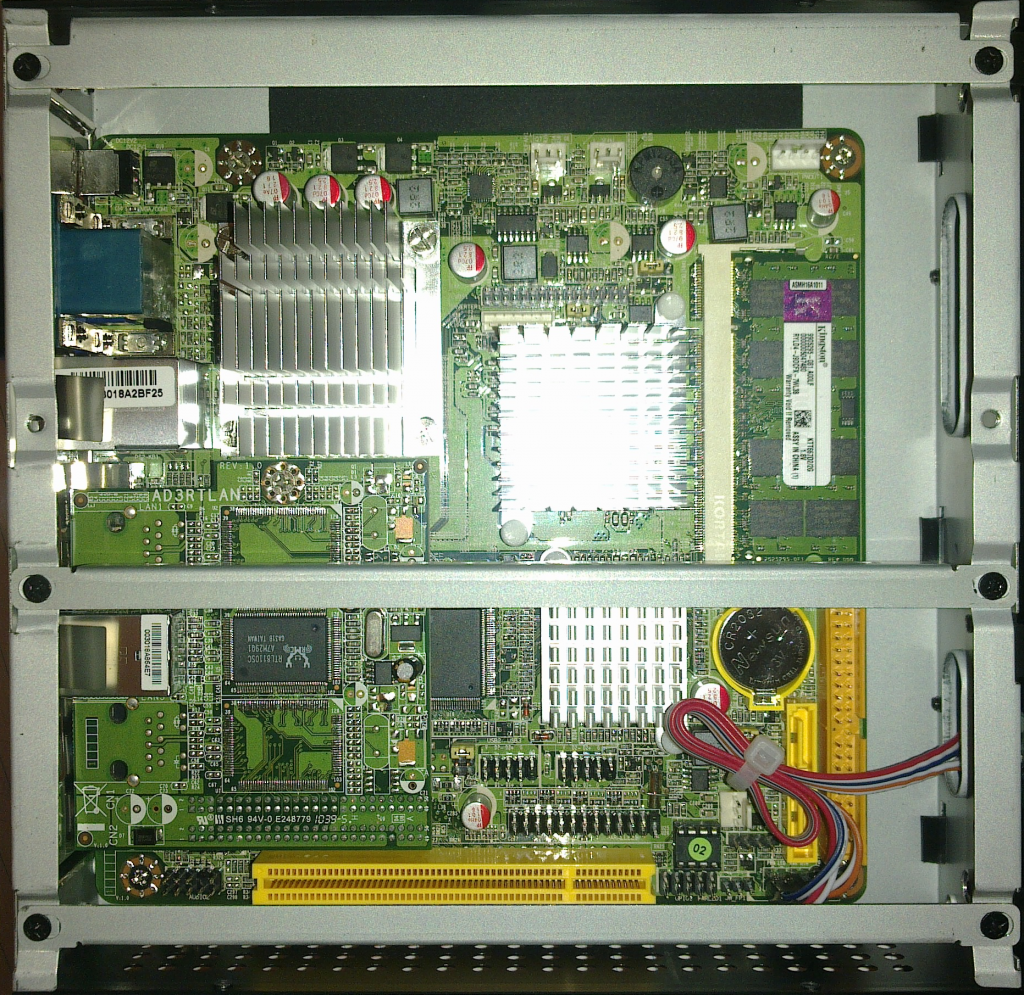 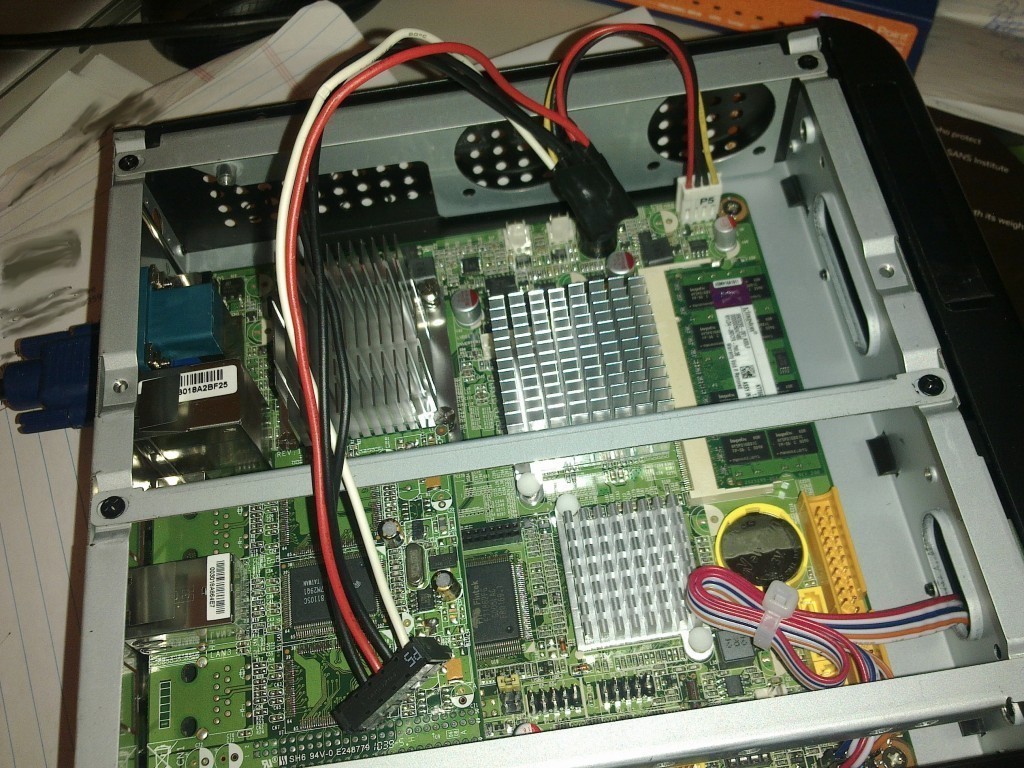