The Nosy Monster has been sitting on my desk idle for a while now, I’ve always wanted to work on it a bit and make it more reactive to web input. Finally, I bit the bullet and it’s now a lot smoother to operate. Instead of clicking for pre-timed commands, the start of a key press actuates and the end stops. With a websocket communication layer and a socket python command server, the commands find their way from keyboard to motors super fast.

To account for wireless imperfections and AP hopping, I also wrote the logic such that there isn’t a “start” and a “stop” command. Instead there is only a “start” command which gets sent every 200ms and if it isn’t heard every 300ms, Nosy Monster stops. This ensures it won’t be locked in a state of actuation which could lead to perilous situations.

I intend on polishing the code & publish a tutorial that hopefully a 7 year old could handle.

The Nosy Monster was deployed at the Dartmouth Thayer School of Engineering’s open house. I didn’t know how robust it was going to be under sustained kid use. 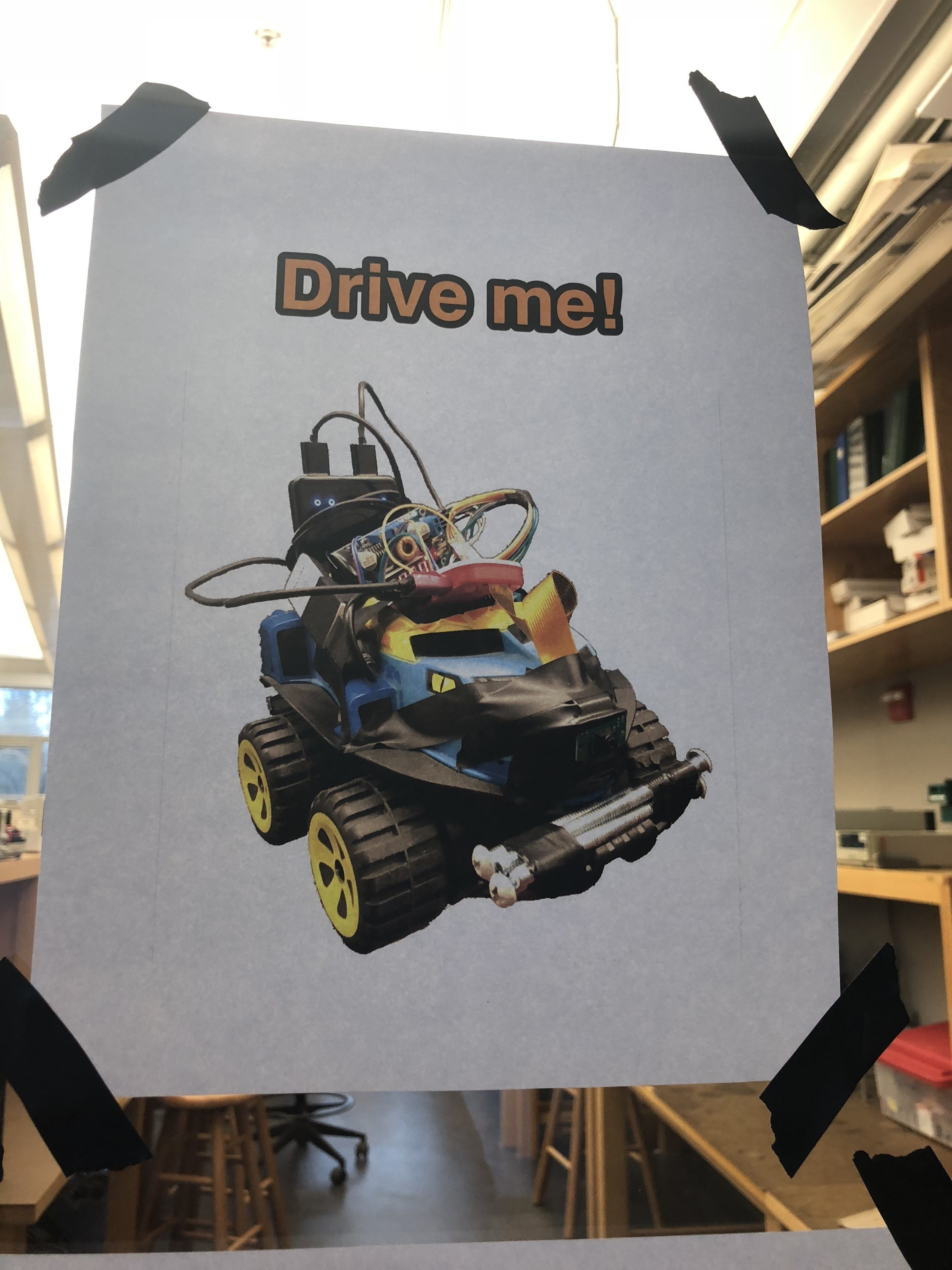 It turned out to be a huge hit, I let the kids drive it around a bit and then I’d throw the Nosy Monster in another room where they would have to find their way around with no visibility other than the camera. It performed flawlessly through the evening. 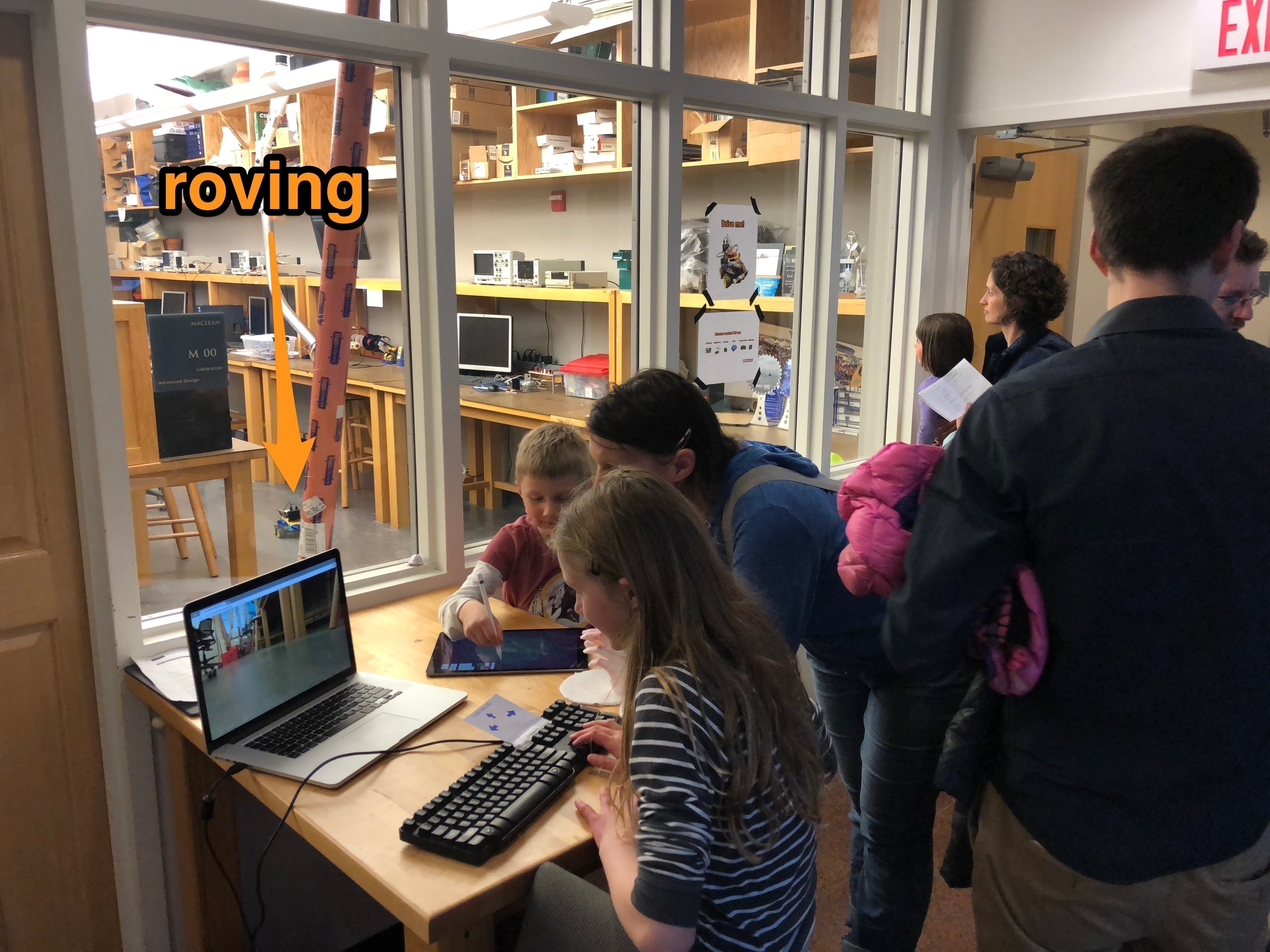 It’s always an enormous point of satisfaction to see kids get into something you made. Once I sent the RC car “to Mars” (the other room), the kids were really focused.  All but one got stuck and never came home. I should have had a prize for the one, but what’s next, participation trophies?

With a much more usable and reliable toy, I decided to setup the same kind of maze in a house room under construction.

I moved the camera up on a stick for a better angle of vision, the next model will have a fisheye camera.

Without a reverse, it takes a few tries to get through the maze without getting stuck. He had to learn to be careful. 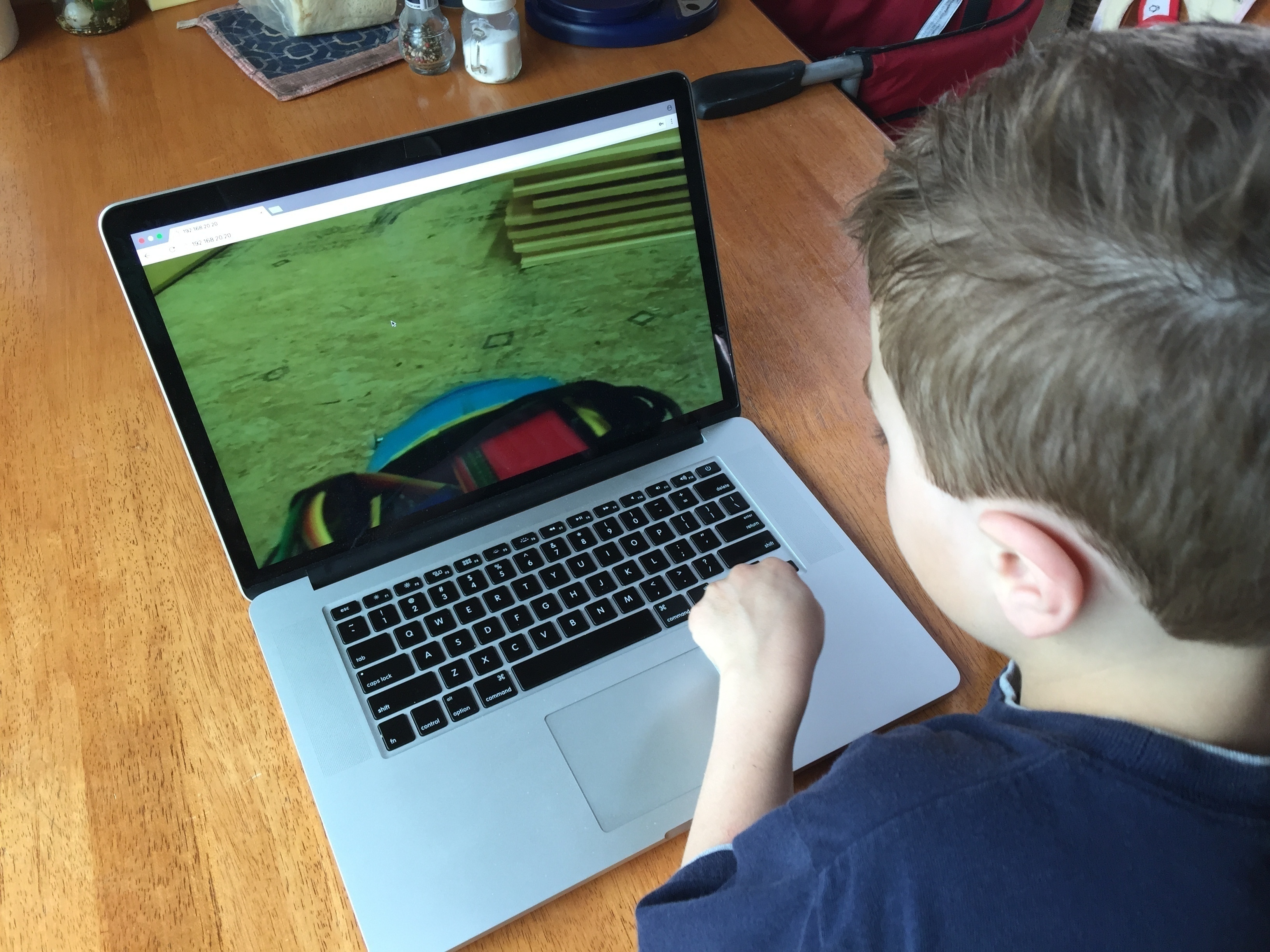 I’m bubbling up with ideas  of cool things to do with the concept and acquired techniques. From a solar powered exterior land rover, to battle bots.