That’s it, after 4 years of slowly learning and ramping up our solar production, we figured out enough to run a fridge. In truth we’ve had capacity for a while now, but I had things wired sub-optimally in a way that prevented us from running anything requiring surge power (power tools, condensers). Silly me for wiring our load to the “load” port on the charge controller, this port is apparently only intended for small loads. It always blows my mind how incredibly disparate information is about solar installs online. There’s so much fuzziness, various understandings, theories, concepts which apply, or not, no one really knows. Most posts are a person asking some random simple question followed by 50 answers going deep in the weeds on some highly specific aspect, unrelated to the question, and that no one but its writer gives a crap about. In one of these random threads someone alluded to this fact, that the load port on the charge controller isn’t really meant for anything surging. Sure enough, after wiring the inverter straight to the batteries, I can power fridges, ACs and power tools. It’s a very nice step up.

Now of course because nothing is ever simple I had other issues with our inverter so I just got another nice one which is really the cat’s meow.  We now have a full backup solar system, extra panels, batteries, charge controllers and inverter. They just all suck a little more 🙂 but I’m sure they’ll be useful somewhere some time.

After 4 years of battling with various shitty refrigeration arrangements. 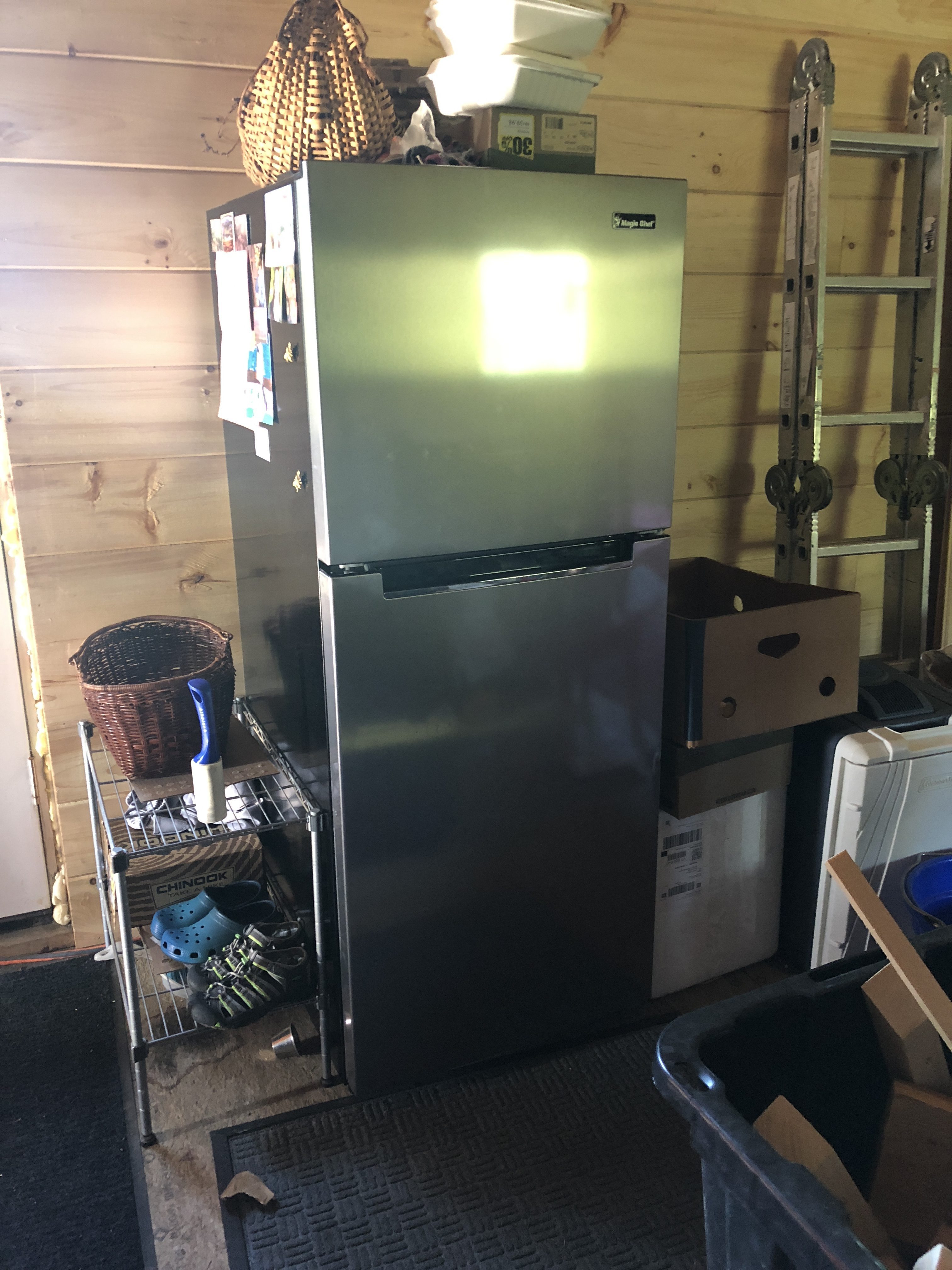 I added 2 batteries, the fridge is a power hog. 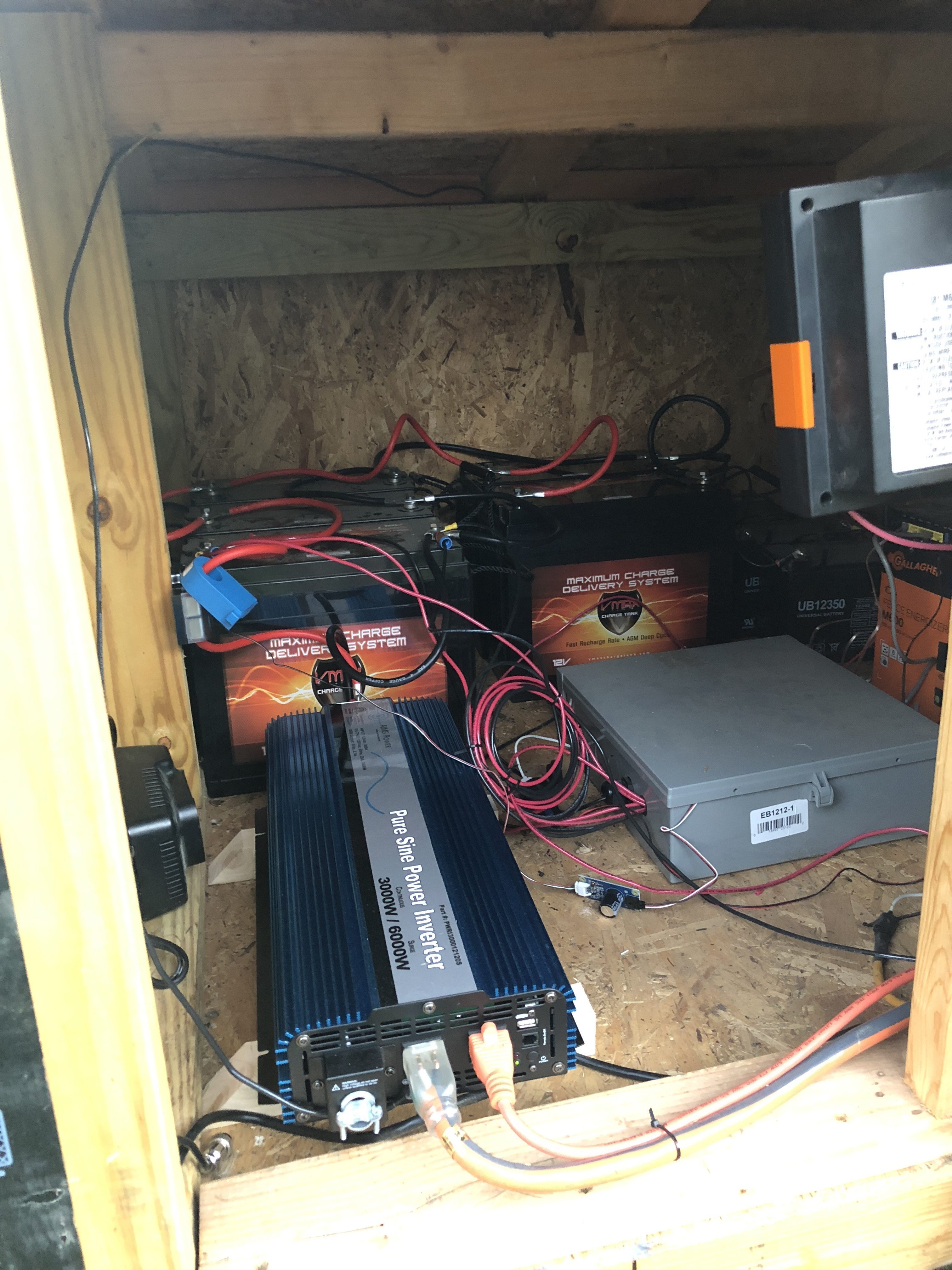 Oh and I used the opportunity to revamp the solar monitoring page, mainly I separated the 12VDC circuit from the 110VAC one and recalibrated the sensors.

We’ve been catching up on all the ice cream we missed on (note that we ate plenty in the past 4 years, just not as much as we would like, which is too much) 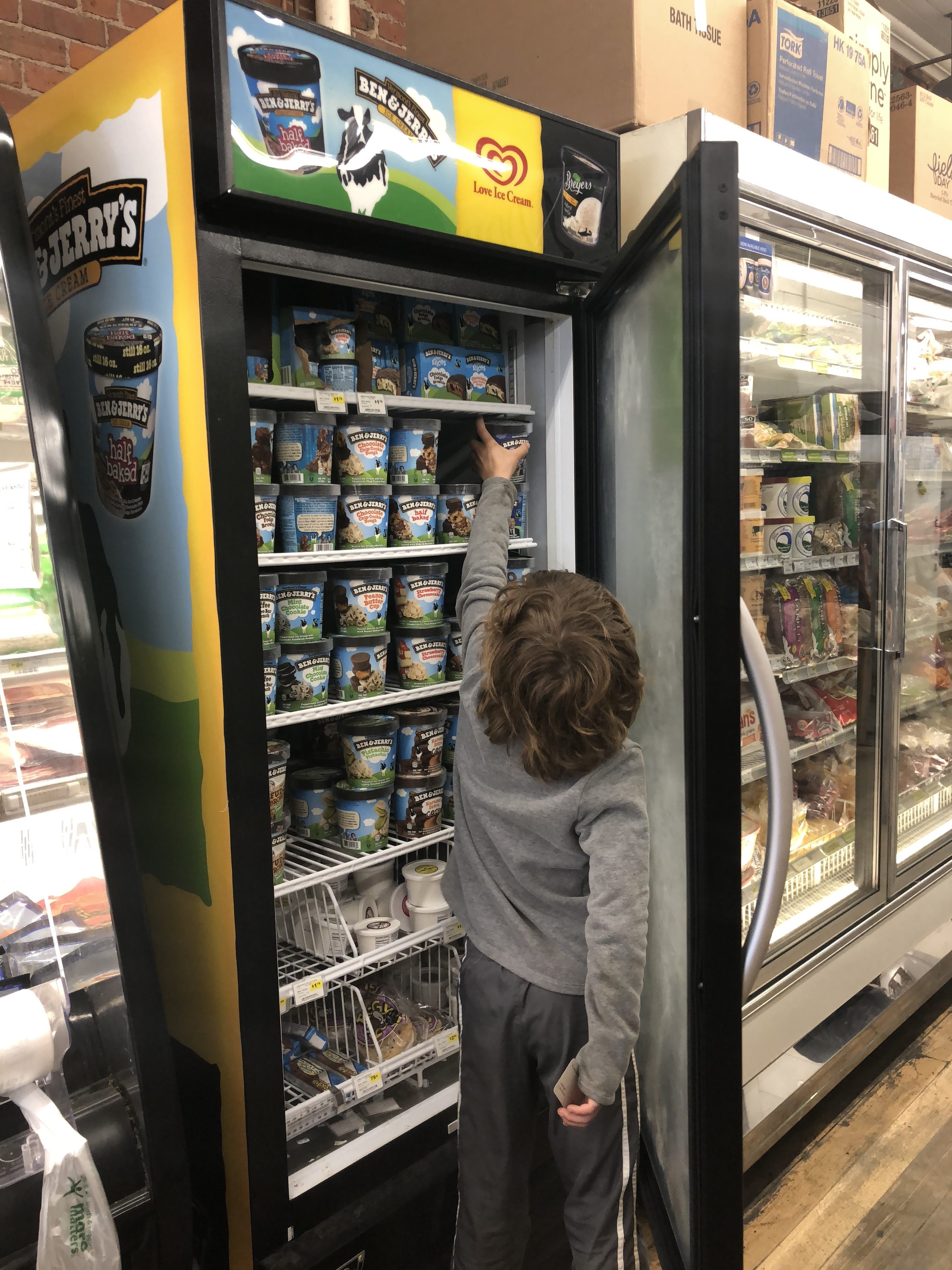 Now, having a fridge is really really nice. I joke that if I had remembered beer was so fresh in it, I would have solared us up enough to power one upon arrival. The reality is that I had to learn how things work and make plenty of mistakes along the way, and that the solar project competes for time against all the other projects.

We did question the need for a fridge for years, we were hoping to change our eating habits to not need one. The truth is that we didn’t (cheese is just too good), and that our eating habits “degraded” immediately after getting one. The fridge is always full and holds a lot of less healthy food we did with less of only a few weeks ago.

Our main concern however, and this may come as a surprise, is the noise that a fridge makes. Our house used to be extremely quiet, it’s something we noted when we moved in, just how eerily quiet the house was. Neither of us had experienced a house this quiet, and it’s something we appreciated. I thought the fridge noise would get on my nerves, but in reality I find it soothing because it makes me think about all the good stuff in there that’s being kept nice and fresh. Did I mention fresh beer is yummy? It looks like 4 years of not having a fridge made me appreciate how nice they are.

Now the coolest thing about this whole deal, is how we’re turning Sun heat into cold. It feels like cheating, and it’s elating. The hotter it gets, the more cold we can generate. How does that even make sense? I’m sure I can understand it but I choose not to, it’s just too good left as universe breaking supernatural magic.