Well, this is it. After much prep work I have finally released my first package of bees in the hive. Everything did not go according to plan, the candy separating the queen from the rest of the colony had already been eaten. As a result the queen did not get a chance to be released by the workers. I managed to keep her in there while I was releasing the remaining 3lbs of bees. Things went well other than this and I am hopeful that she’ll be accepted by the others as they had been traveling together for a while. I’ll try and locate her in a couple of days and if I can’t find her, I will rush order another queen. It’s nice that I get another shot if needed.

All the extensive information I gathered online (various blogs, Youtube videos) prepared me pretty well for what to do. Nothing however can prepare you for the experience of handling a liquid-like swarm of buzzing bees. It was very impressive & I was definitely glad I got a full suit. Not that they were even really pissed at me for shaking them in their new hive. But it felt like a wrong move could change everything for the worse very fast. I eventually learned to trust my suit.

I went back to install an electric fence with a friend the next morning (bears & skunks are an issue in the area), no buzzing was to be heard. Nothing at all, I opened a couple of bars and couldn’t see a thing. Finally I found them on a few bars and disturbing them made the whole swarm start the day. It was super cool to see them do their thing.

The hive in its final location, with a new roof & fenced in to withstand the local wildlife 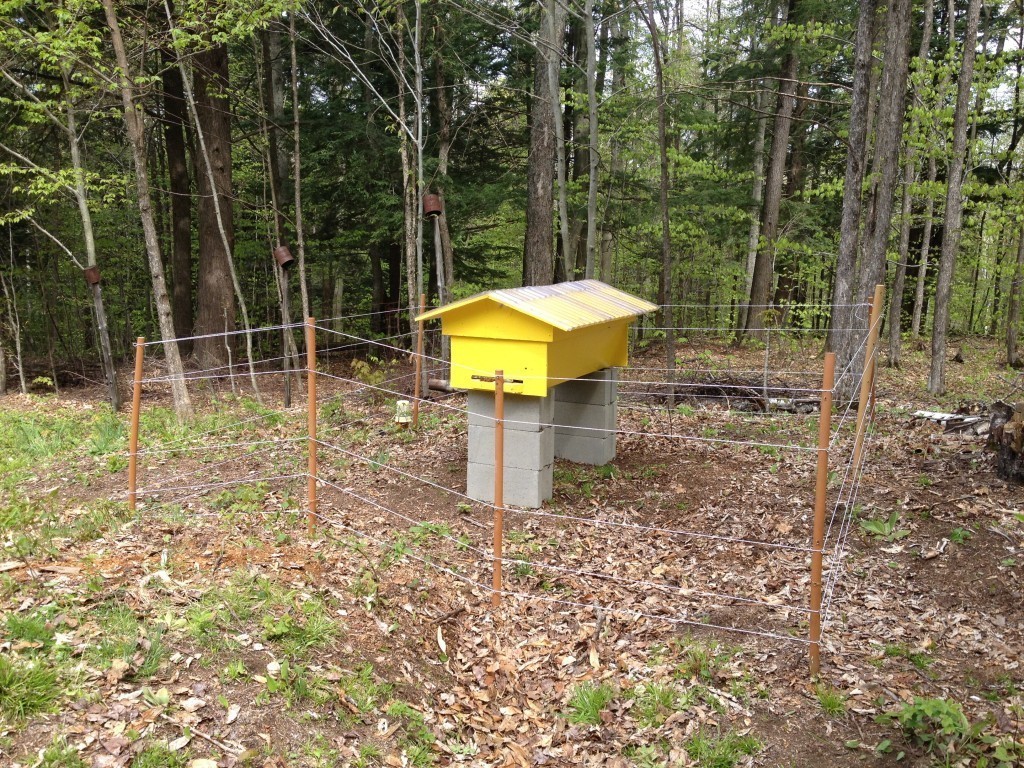 The hive actually faces an orchard which is starting to bloom, perfect timing for some pollination help. I intend on taking more pictures in a few days.