The Sugarhouse is officially open for business. I finished everything in the nick of time for the 2020 sugaring season. Which hit like a ton of bricks a little later than the usual mid-February.

Coming up is a list of all the cool features of the Sugarhouse.

I used the opportunity to touch up the bricking of the evaporator and add another layer where the fire burns the hotest. 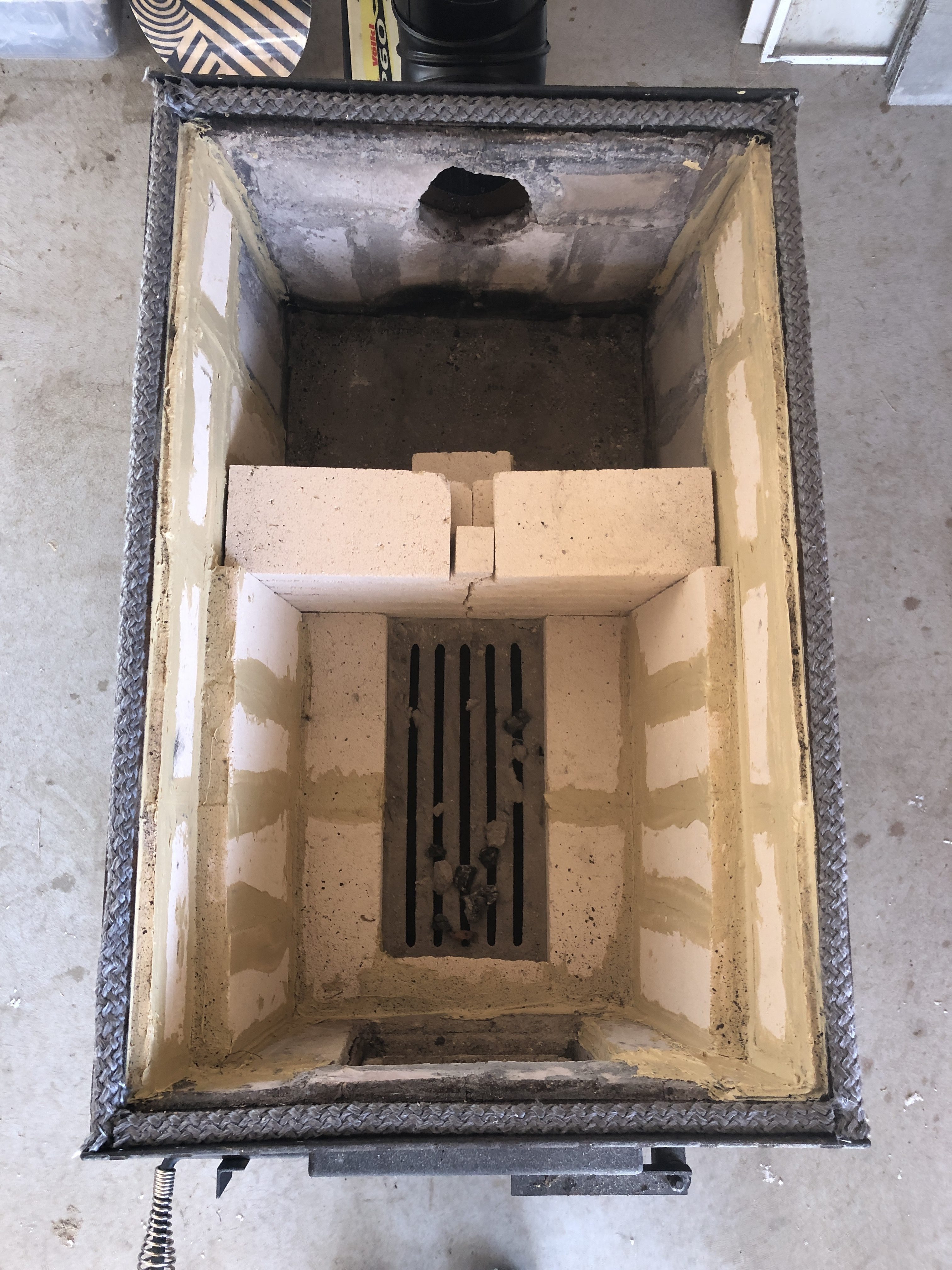 The sap tanks are now above the evaporator to they can gravity feed into it. No more filling it one pot at a time :). The flue goes out through the cupola so as to create a draft of hot air going up around it, steering the vapor on the right path out the building.

Not only is the sap gravity fed, it’s self regulating thanks to a float valve. 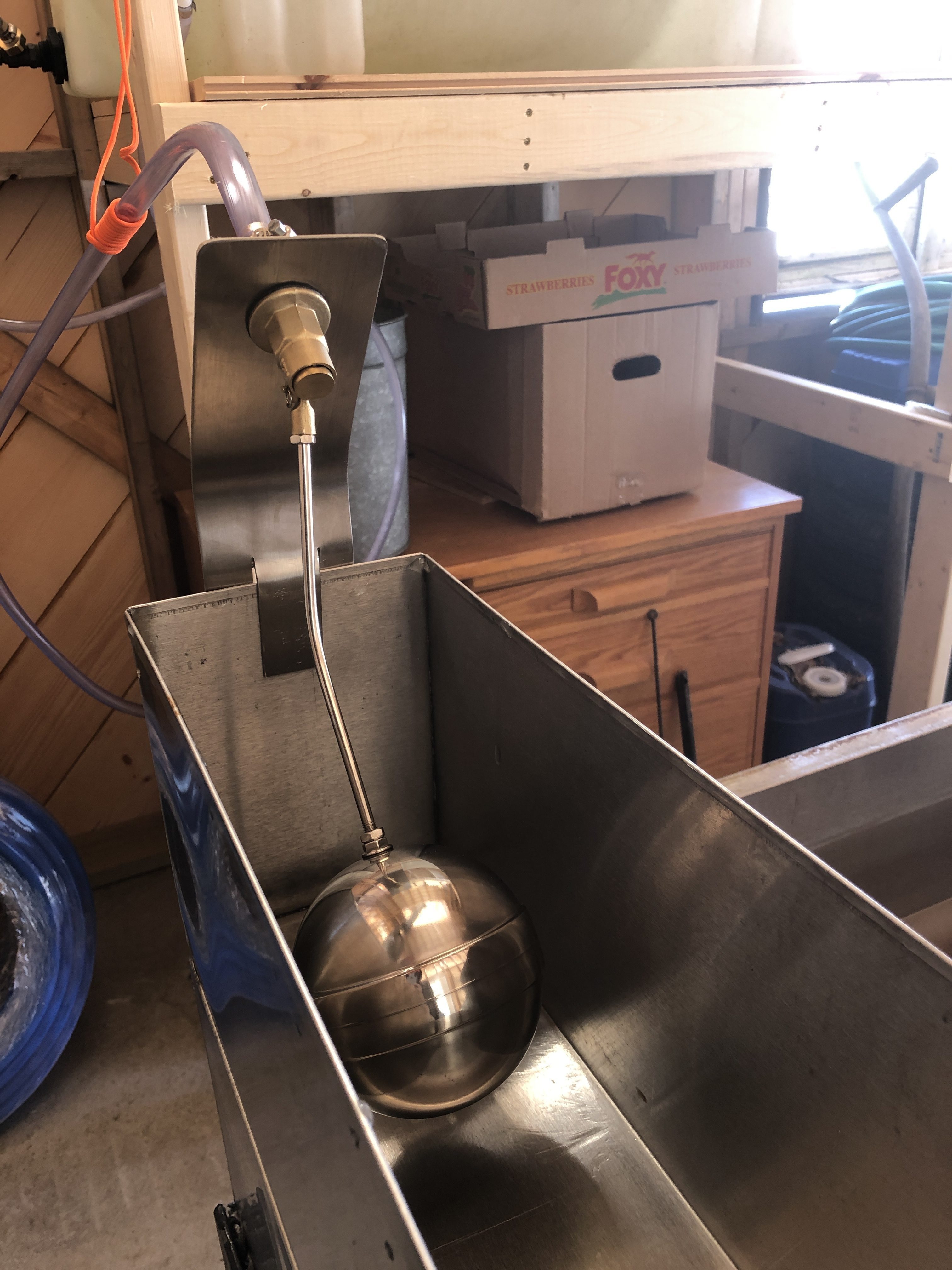 I have a legit workbench for the first time in a decade.

No stain has been applied to the inside of the siding, I didn’t want vapor interacting with chemical so the inside is 100% untreated wood.

We have a very enclosed loft for kids to play into and stay away from the burning hot evaporator. I made little windows so they can watch without going over the railing. There is also a small basket they can play with to pass things up and down (a huge hit). 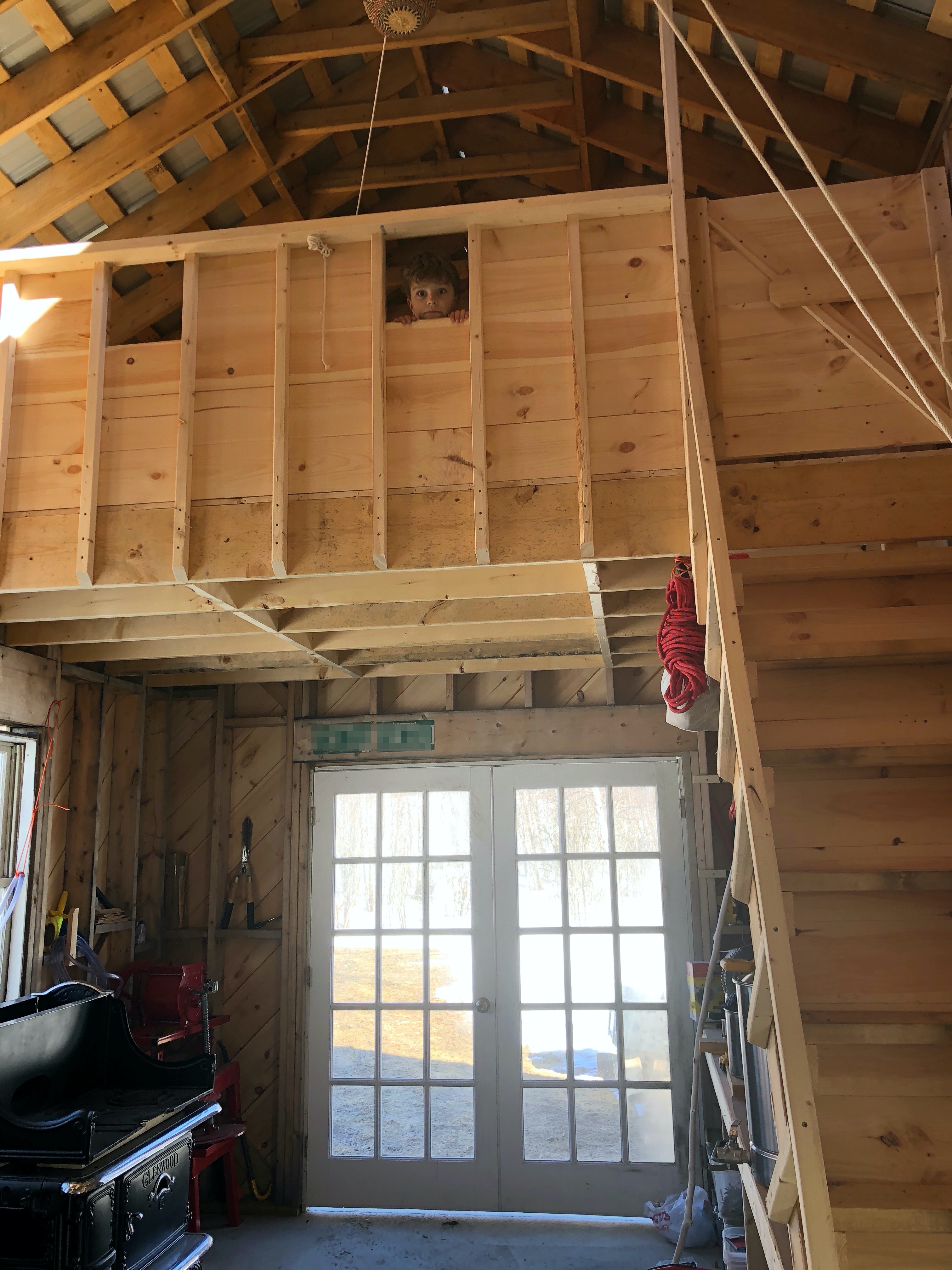 The pulley system which opens the cupola’s flaps. No ladders :). 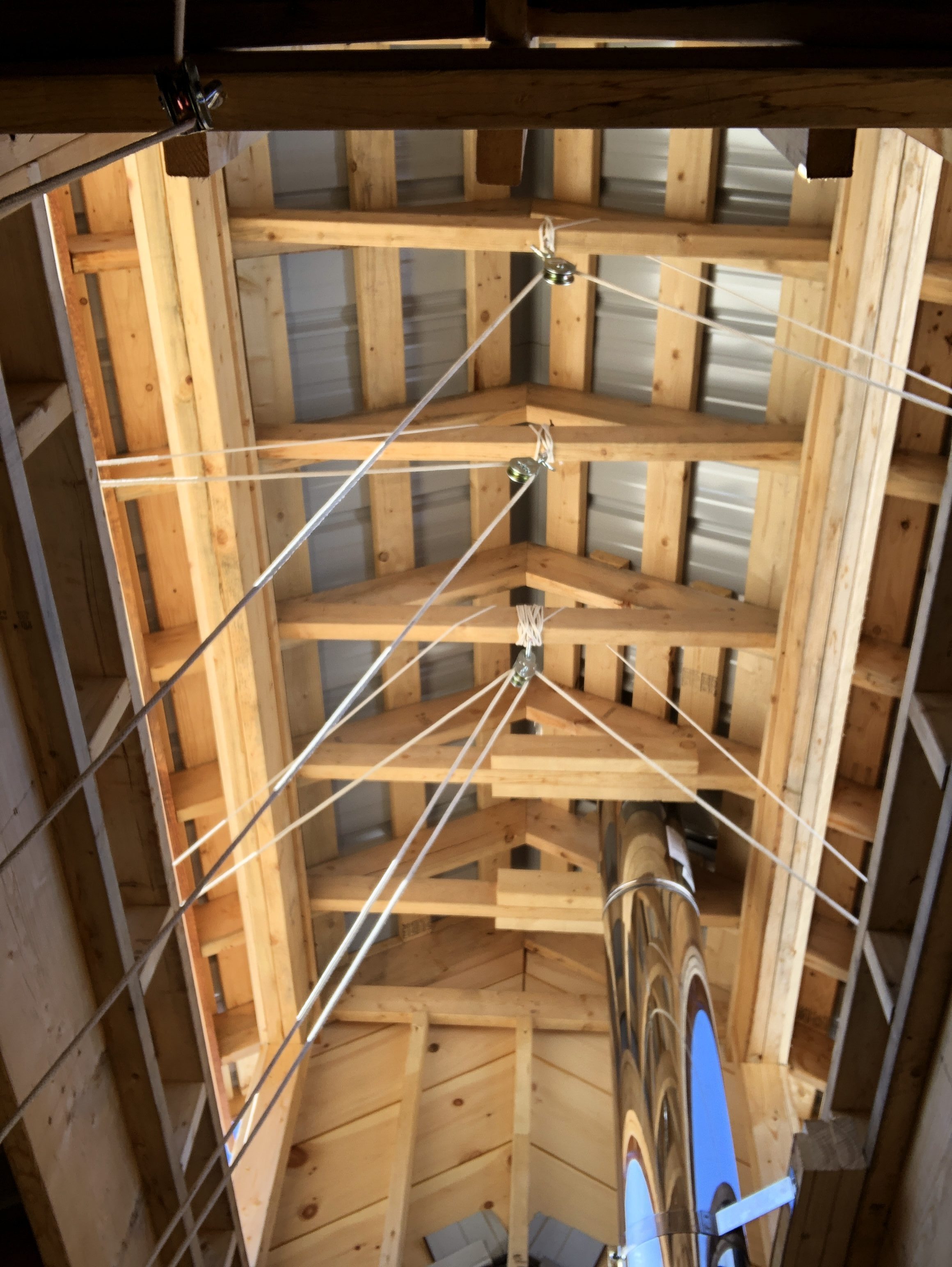 The cupola in action. 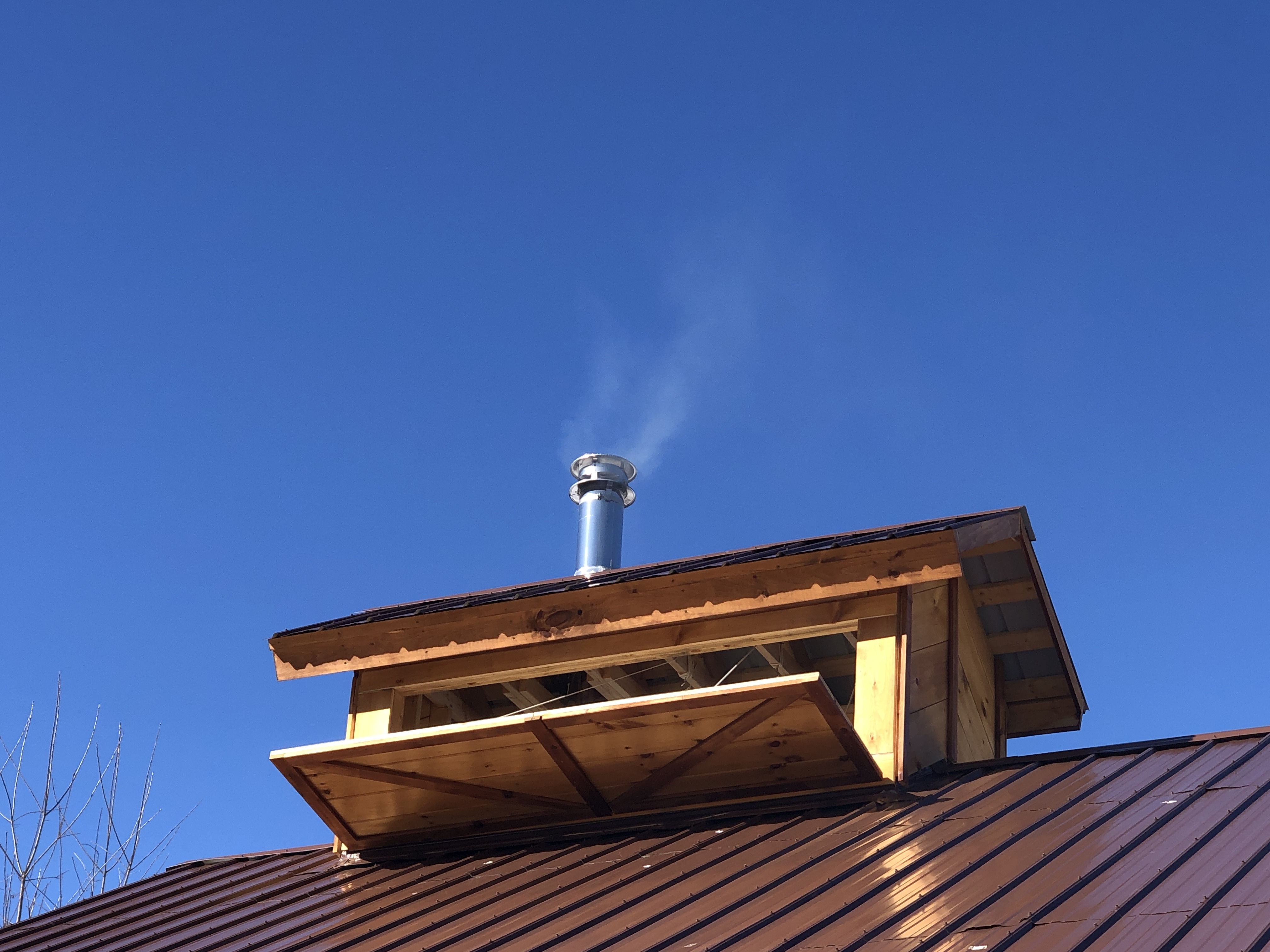 First firing! A big moment for us. 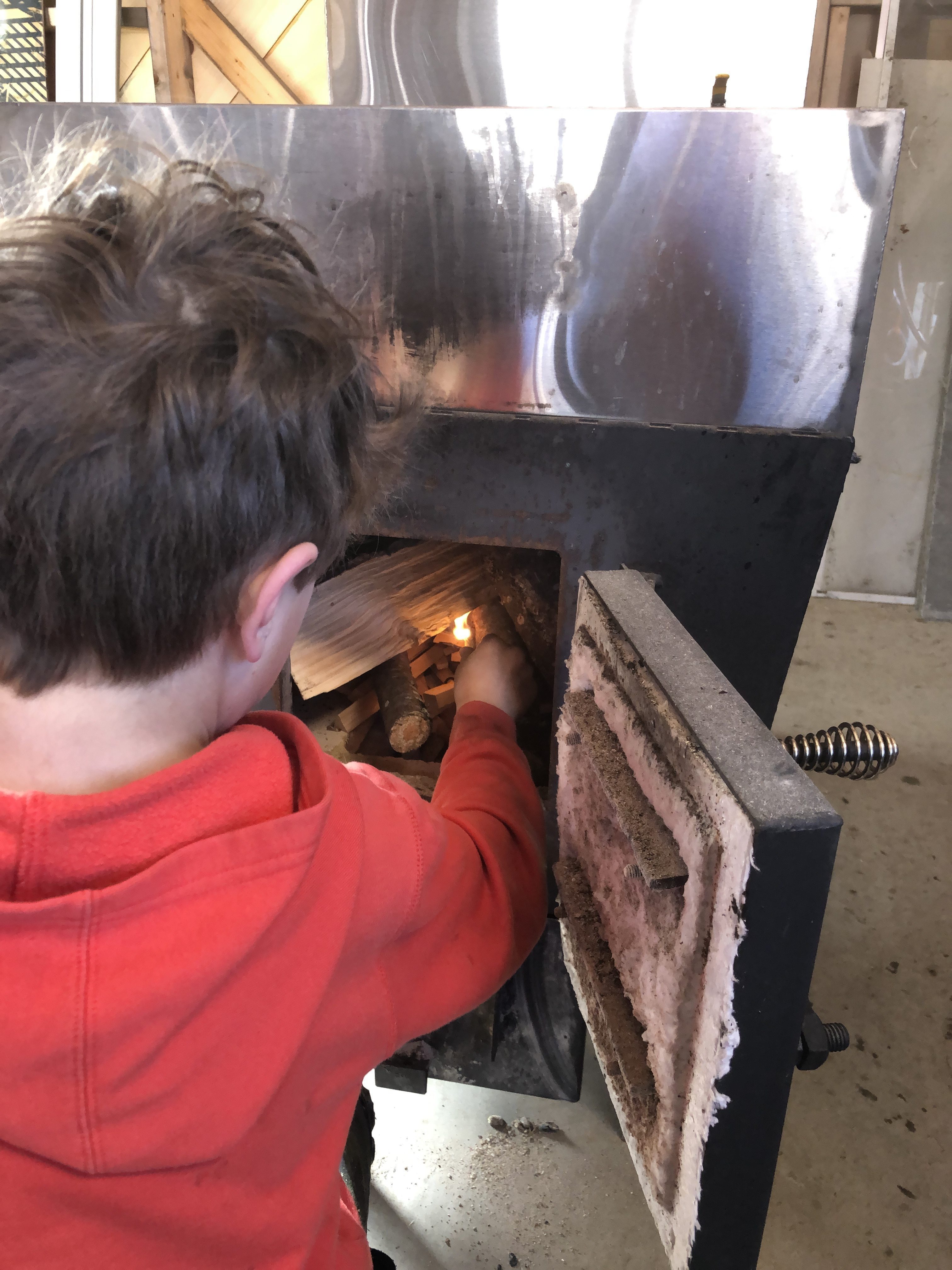 The cupola’s capacity for evacuating vapor is much higher than our evaporator’s ability to make it. We’ll be able to upgrade it without worrying about vapor accumulation.

All in all it’s been a tremendous success and really super nice.