He did surprisingly well for something as abstract as this. The reward was to watch the robot execute his instructions which was very exiting to him. 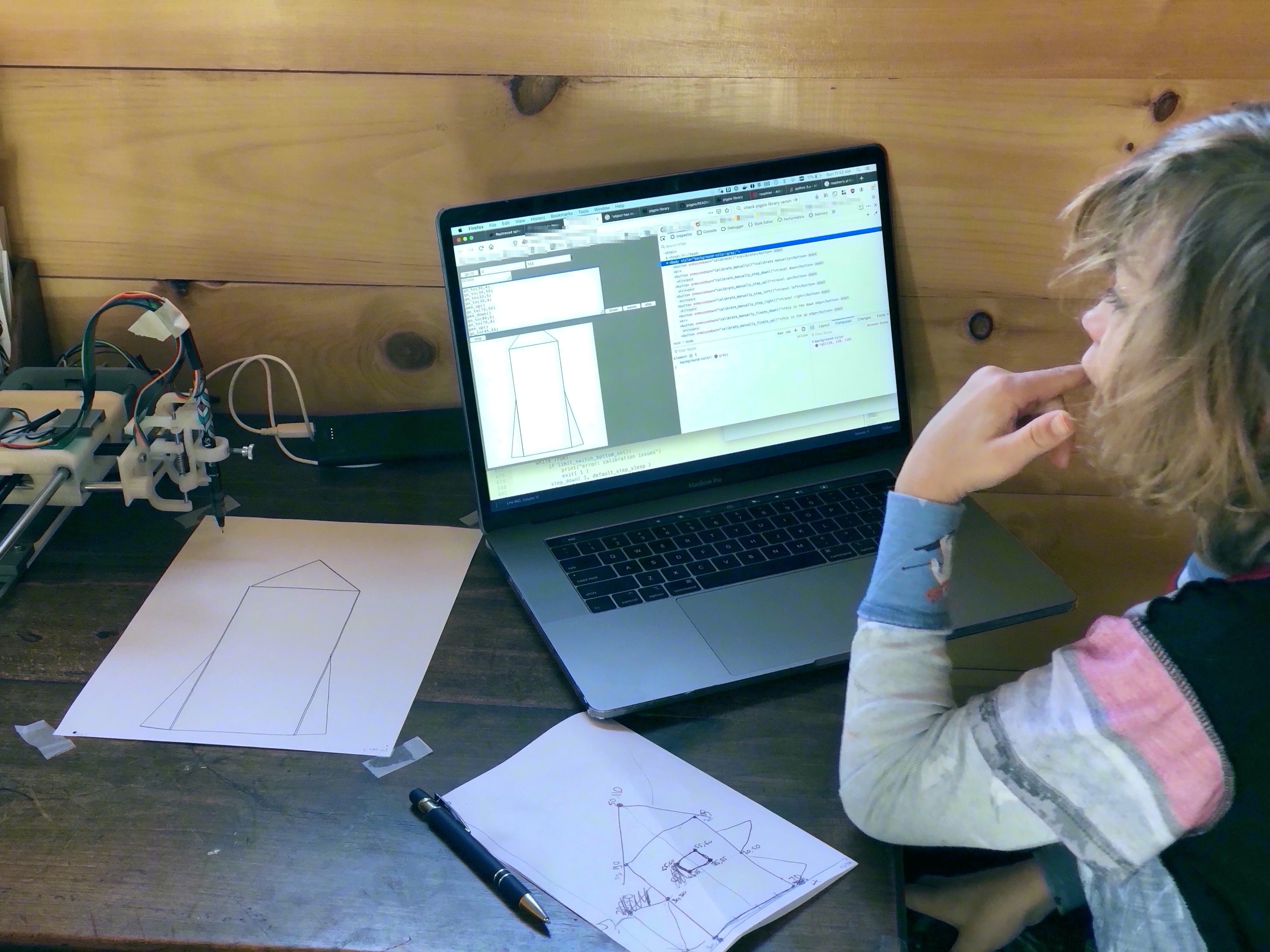 I’ve been doing a lot of interesting development on the plotter front. Yesterday I finally put behind me the dreaded “live link to Mandalagaba” feature. The idea is that I would like the plotter to reproduce in real time, the intricate geometries produced on Mandalagaba. I’m bubbling with ideas for features to implement and plots to draw. I’ve tested some here are home and they’ll make for videos which I’m sure will give the plotter its 5 minutes of internet fame. I need to get quite a few more ducks in a row though before I draw attention to what is most likely going to be called “Plottybot”.