I was working in a spot that was naturally flat. Instead of moving the logs to the closest trail as was the original plan, I made a new trail. 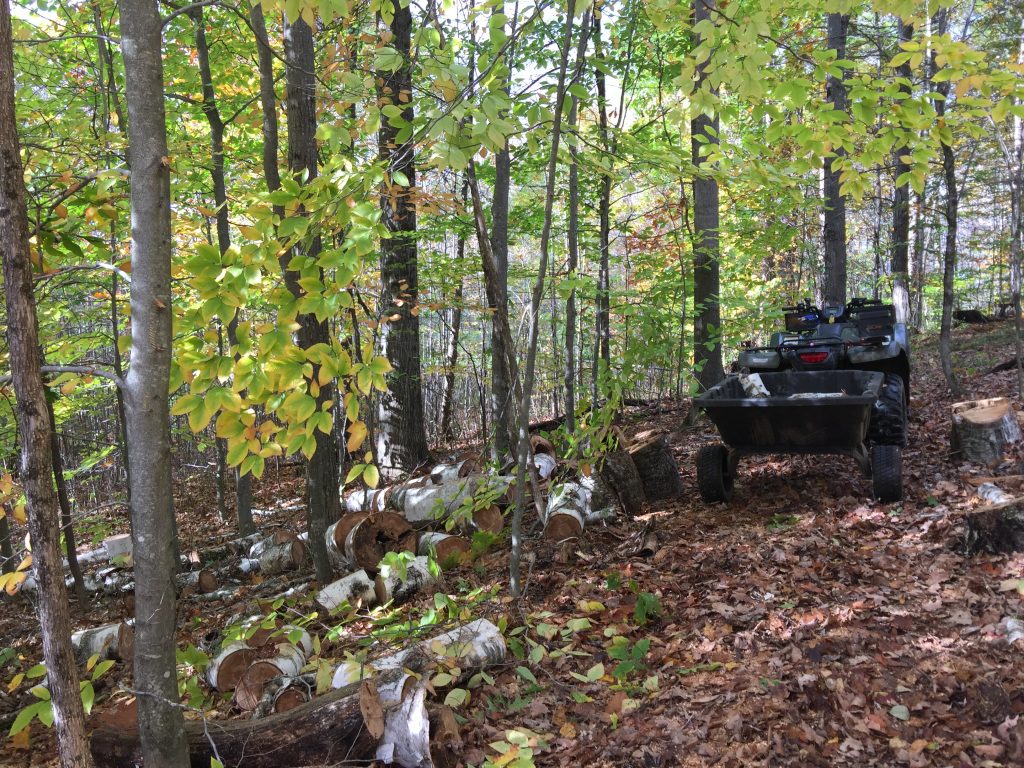 This tree gave me a lot of grief, it’s in a slope, it leans, it’s completely rotted, and it hung in a nearby maple so I had to walk it down. It was raining branches for a while. Thankfully there’s some good wood in it, but mostly I went through the trouble of bringing it all the way down because I can’t leave a dangerous tree anywhere near us. So I was committed on the first cut, when middle of the tree felt oddly soft to the saw… 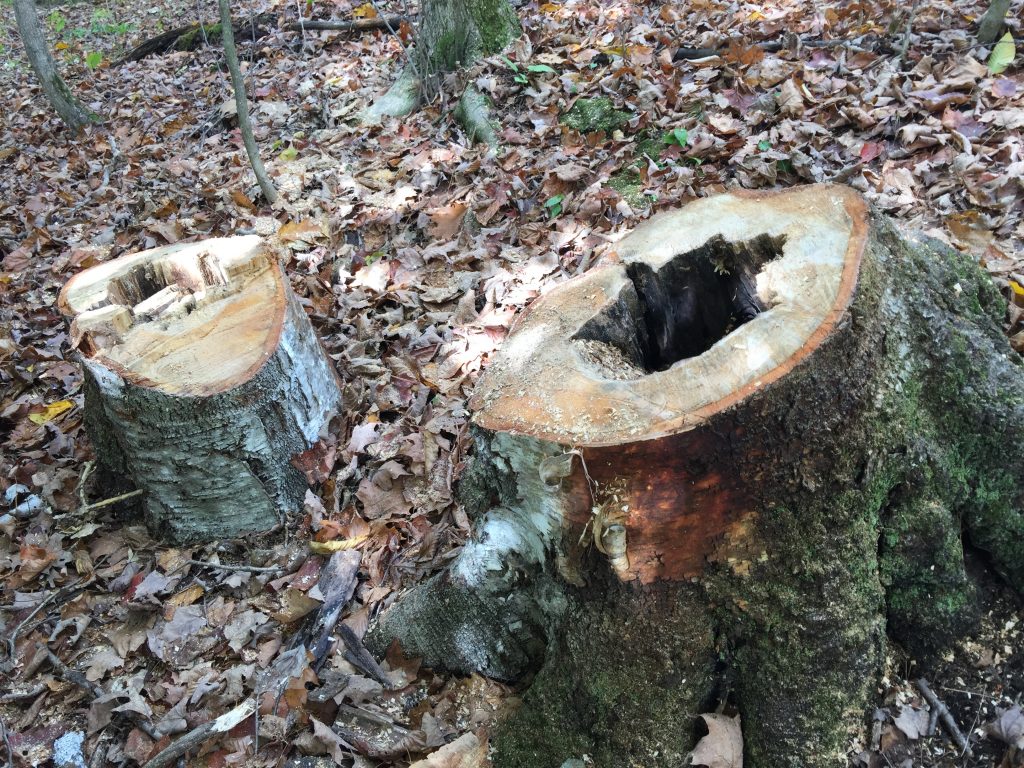 I also took a small ash, that one was much easier.

Still likes to come pick up logs with me :). 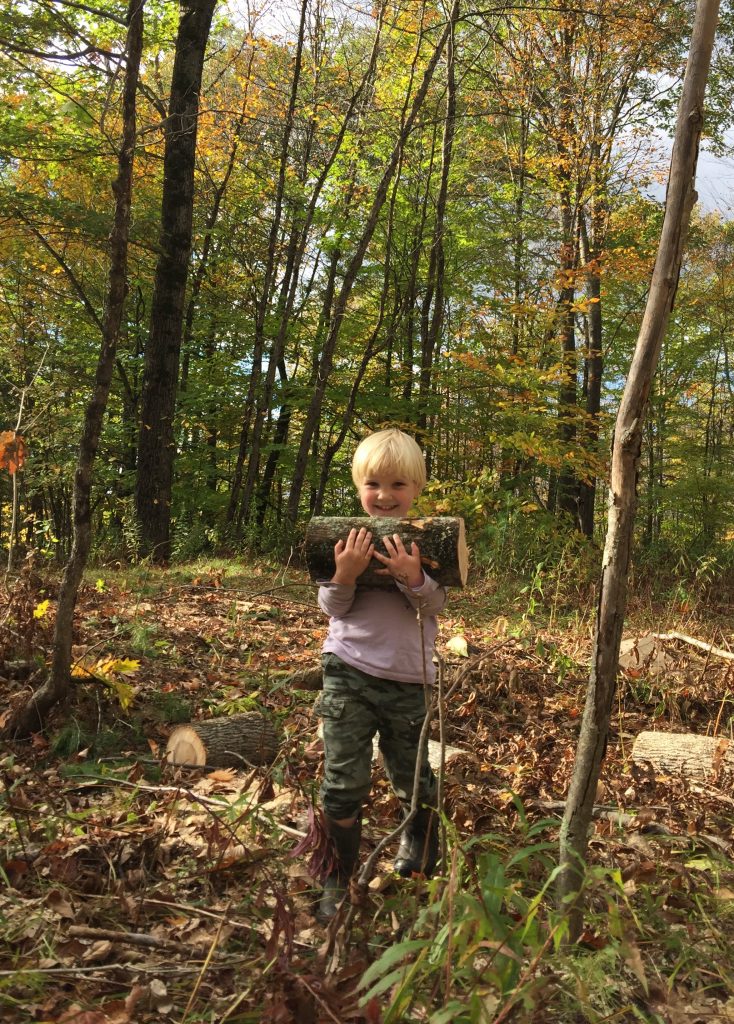