Every time I throw the Nosy Monster outside, it can’t handle even the best cut grass. The wheels just don’t cut it. So I finally splurged and got a Wild Thumper from SparkFun. 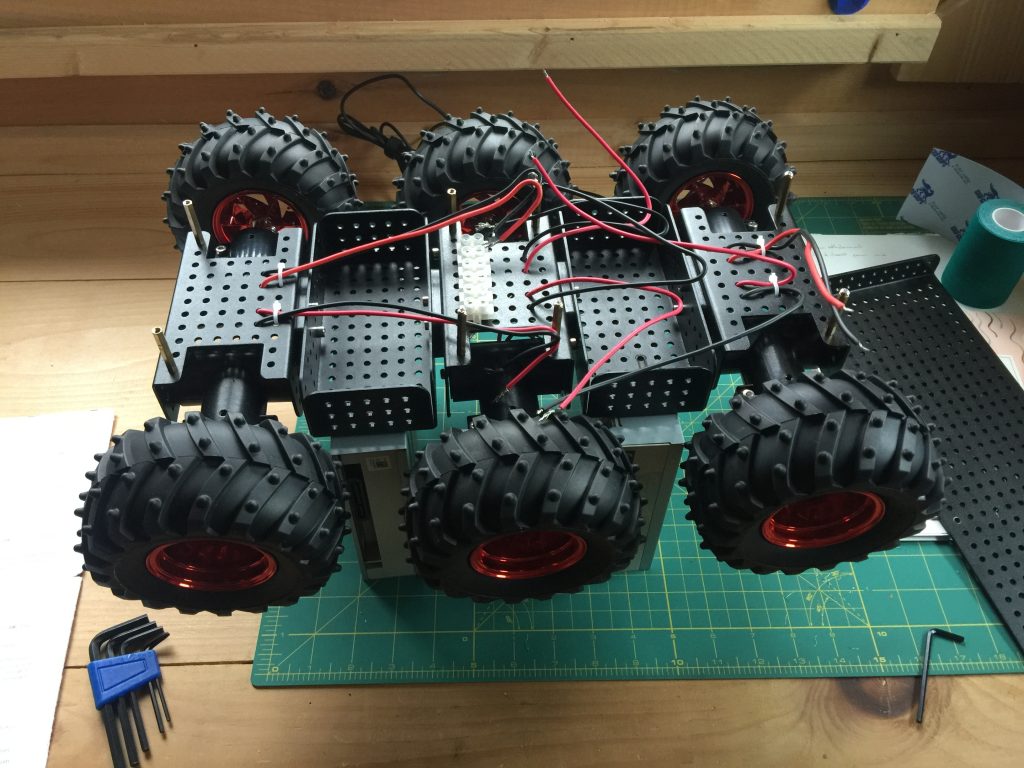 There’s a million things I’d like to do with it, and I don’t know how many I’ll get to. But at the very least, I’d love to have the vehicle able to go outside. WiFi goes pretty far around the house, and it so it would have a nice range of operation.

I’d love to set it up so random people on the internet can pilot it. Maybe via some sort of voting system.

I’d love for it to be energy autonomous with a solar panel.

And I’d love for it to be able to take some rain and snow.

The later is unlikely to happen, the rest very well may over time. Ultimately, this will be a better setup allowing for more development.

The Nosy Monster will remain in its current funny form. We’ll need to find a cool name for this new one, but I want to see what it looks like when it’s done first.