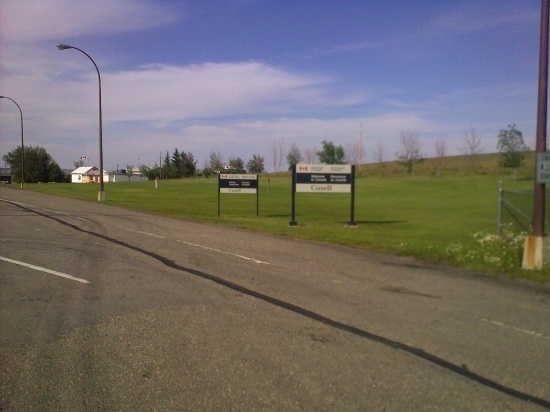 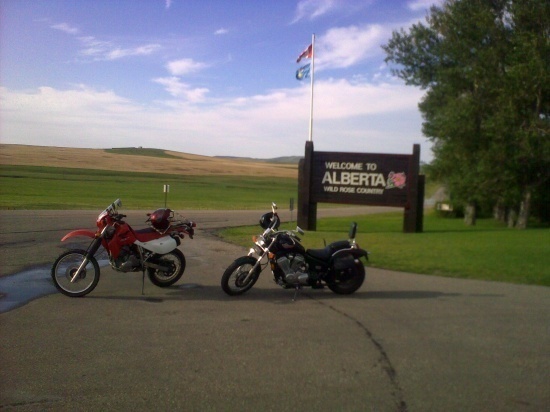 We crossed the border into Canada! For a whole 2 minutes. The next town was
pretty far out and didn’t seem to have a nice little food joint judging by
the rather rude customs agent’s saying. I’ve always been told that it’s
easier crossing the border to Canada but the US customs guy was a lot
nicer. On the way back we ate at the 2 sisters cafe and that burger was
mighty good. The riding day was pretty crappy starting with rain and the
terrain became progressively moutainous. Some cattle also roams around
(roads included). We saw the same mix of nice and less nice little towns
with the same meth signs trying to keep youth away from it. We have
officialy started our descent.