We only had 1 good week of sap flow this year, and only boiled 1 batch. It just wasn’t a maple syrup year. We still made 5 gallons which is enough for our family’s yearly consumption, and we still have 2 gallons left from last year. We’ve been experimenting with making granulated sugar with it. Last year we tried maple candy, and that was delicious but it was a lot of work. Granulated is much easier to make and to substitute in recipes. We will try to ramp up our sap production next year. 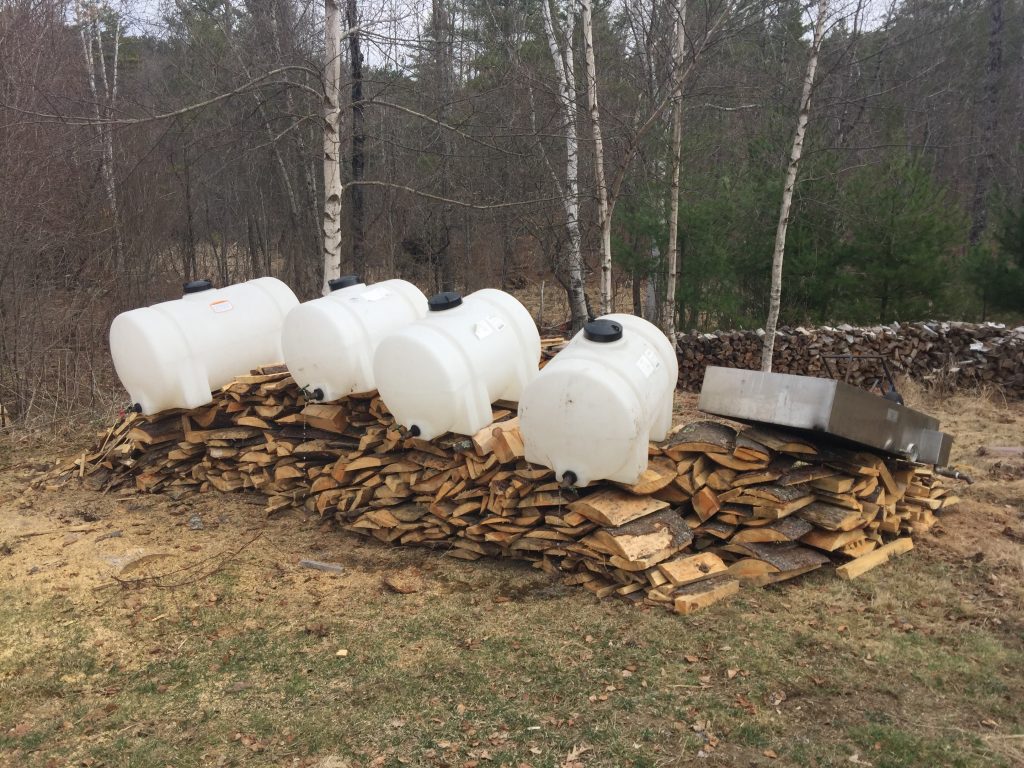 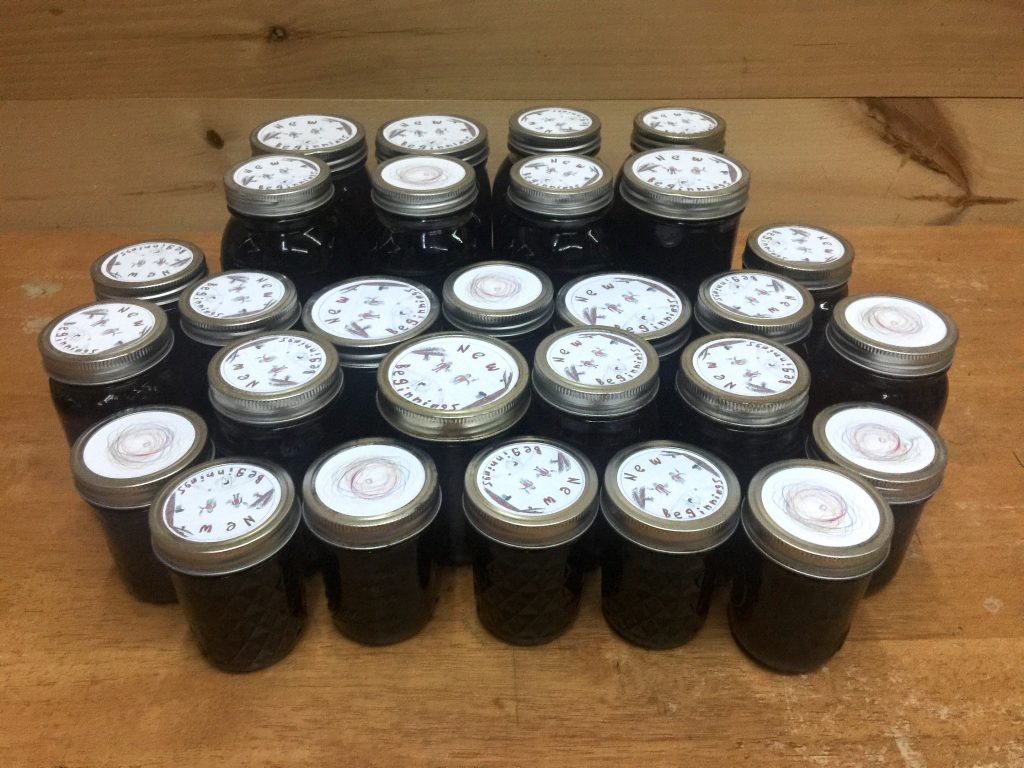 The sap is finally flowing a full month later than we’re used to. We probably have 4 gallons of syrup in the pan & tanks now which is enough to make it worth all the work so we can relax a bit and just boil.

Managing several days of no activity is tricky, we want the sap to be cold and a little frozen so it doesn’t spoil, but not frozen to the point that it damages the expensive stainless pan.

That’s why we have to make well timed strategic little fires.

Checking on the sap before a cold night, yup, needs a strategic little fire. 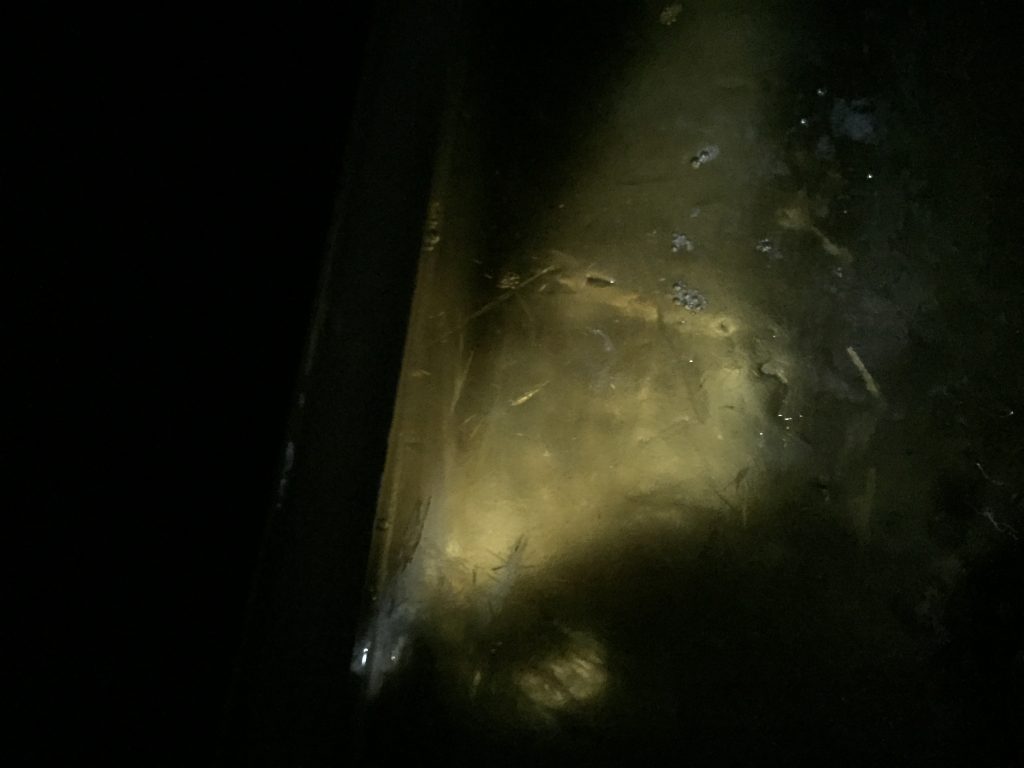 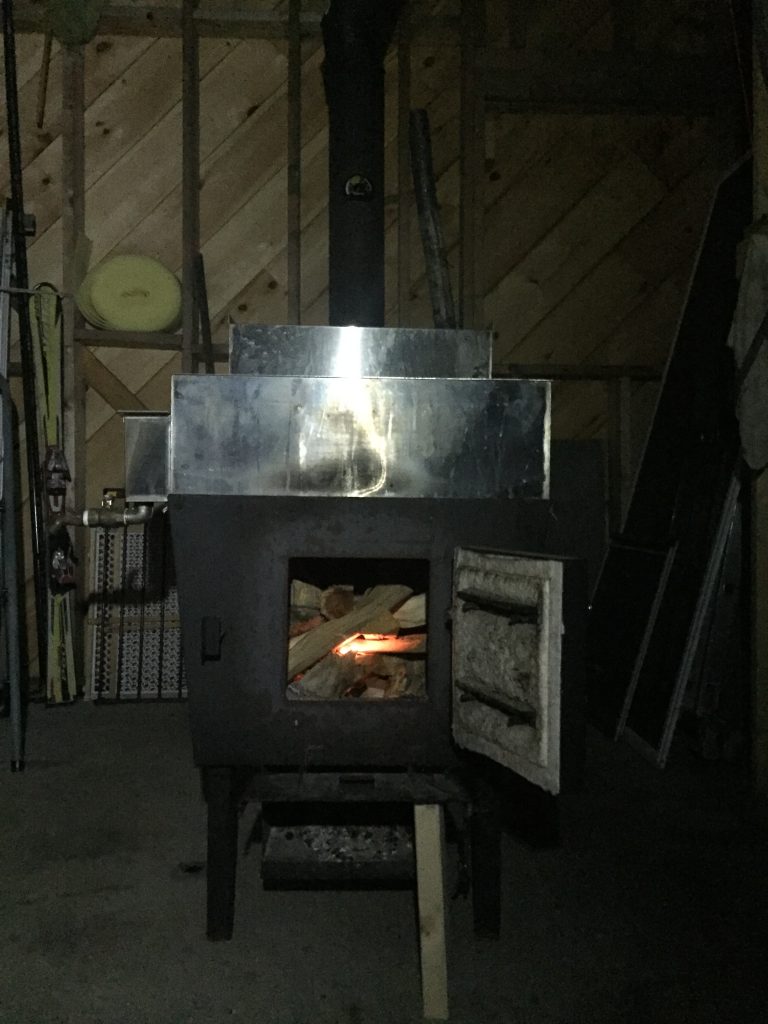 When it’s boiling time, the fires are something else entirely. 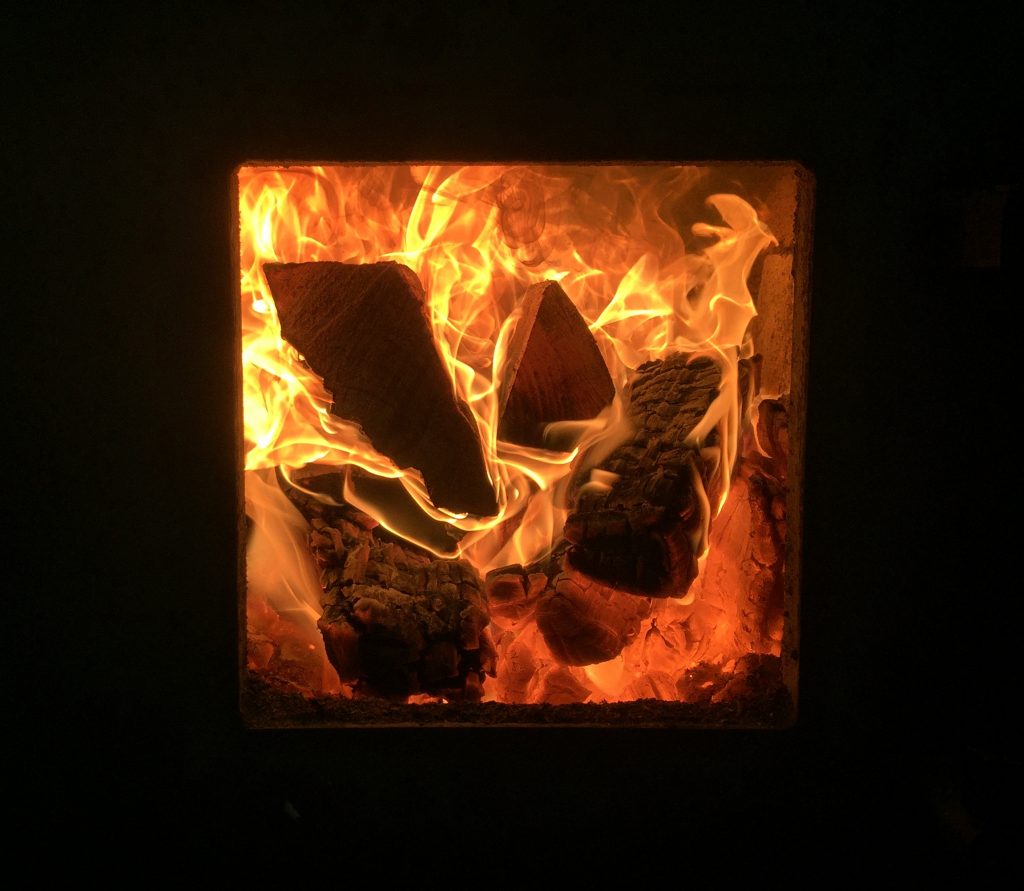 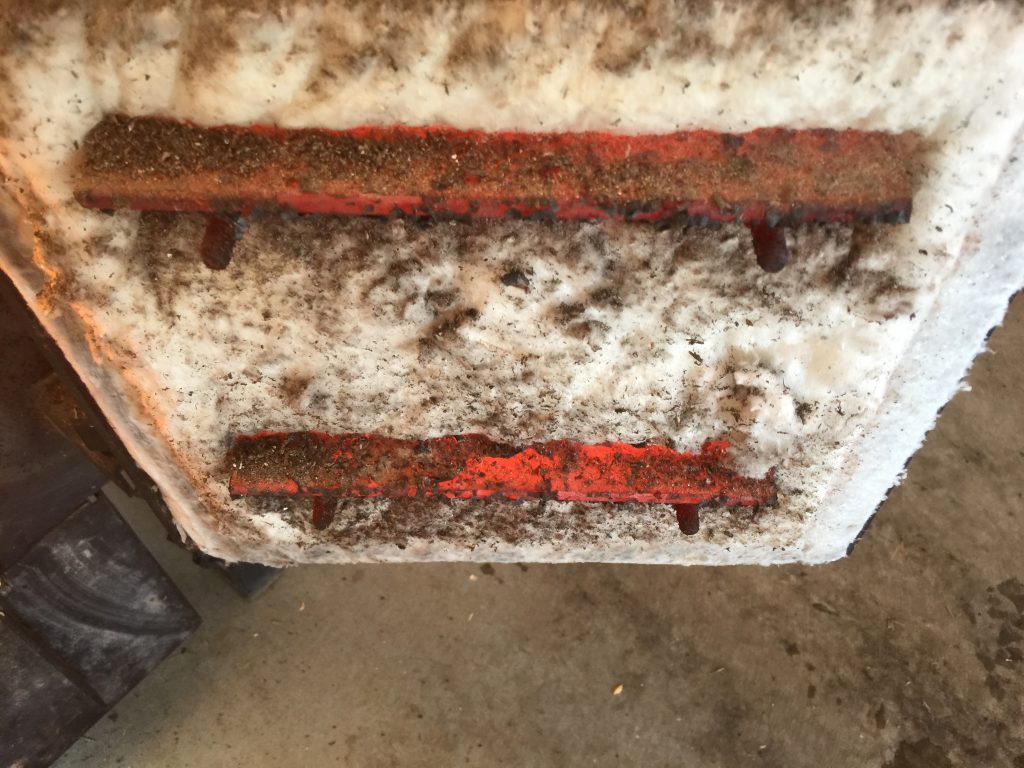 Smoke on the water, which I was traumatized with several times, is tolerated this time. 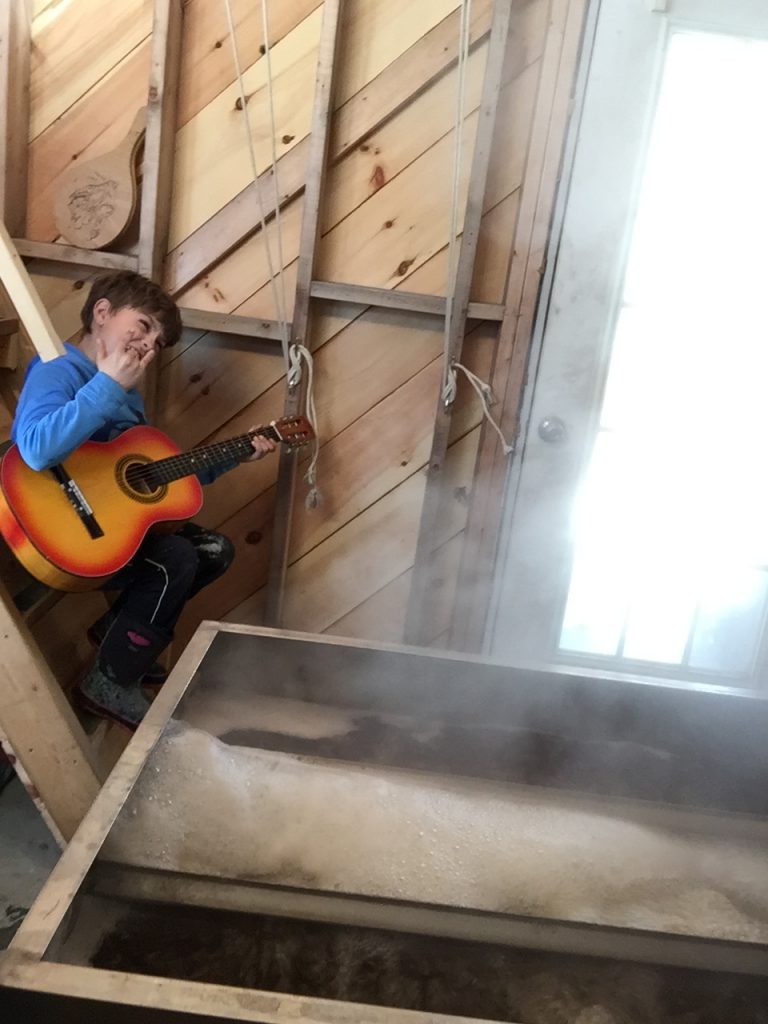 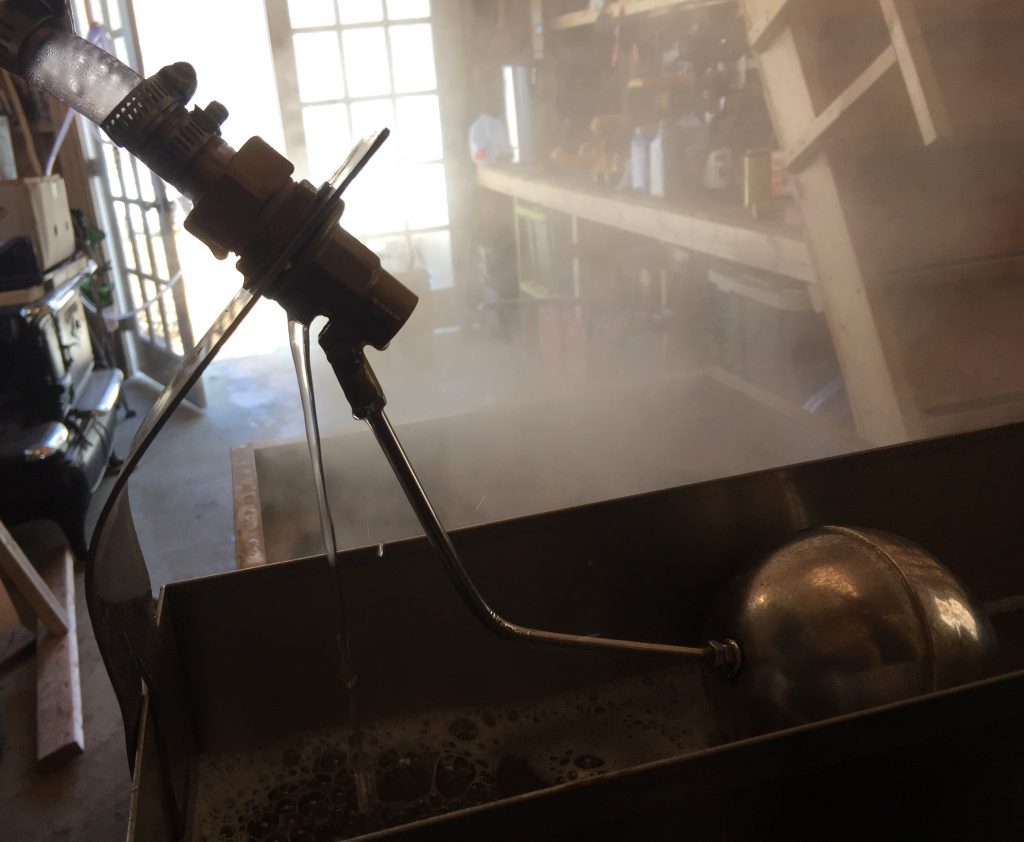 Watching the action from the loft. 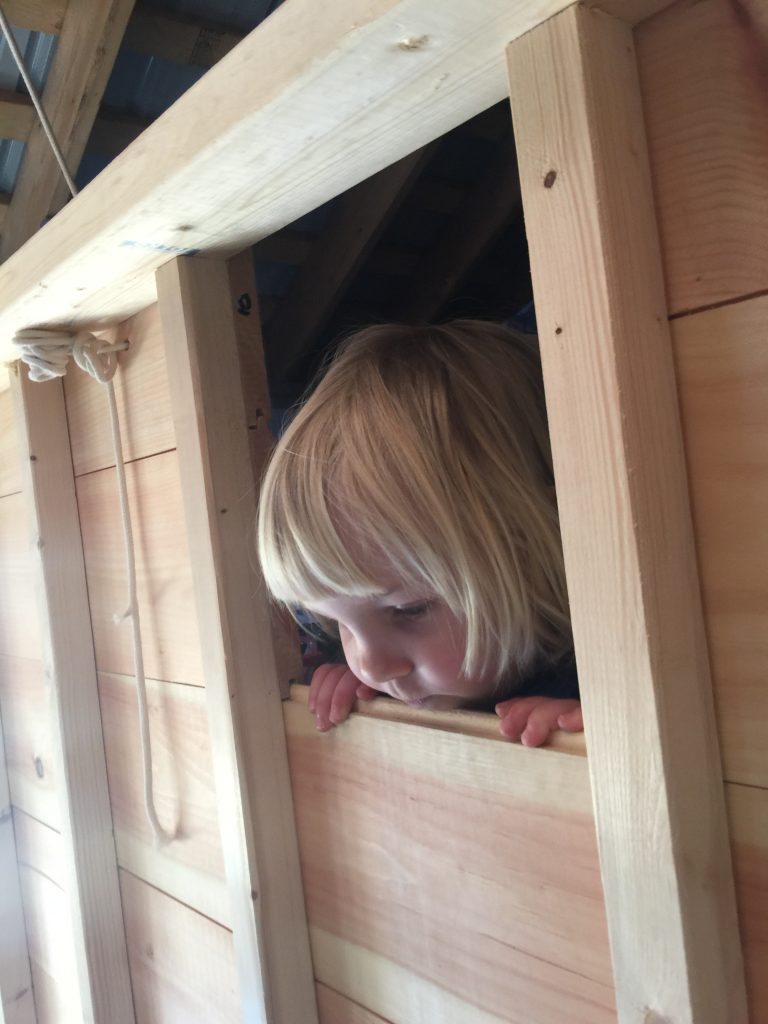 We tried ziplining a beer from the house to the sugarhouse, but it was a miserable failure. My plan to retreat in the sugarhouse and get the essentials of life ziplined to me will require more work.