For the occasion of the First Lego League competition at the Thayer School of Engineering at Dartmouth, I decided to beat my previous record for the highest Duplo tower in the World.

With an awesome venue and a lot of eyeballs on the project, it was time to do something big… Except that I barely went over my previous 17 feet. I thought I had much better chances with an improved design but I only made it to 20.5 feet. In part because I was risk averse given the project had visibility. But also because my design didn’t deliver what I thought it would in terms of resistance to wobbliness. I’ve learned a few lessons and will bring a laser level to my next attempt.

Deploying safety netting, we’re as much worried about one of the many kids attending the First Lego League knocking the tower down as we are about the tower crashing on the crowd. 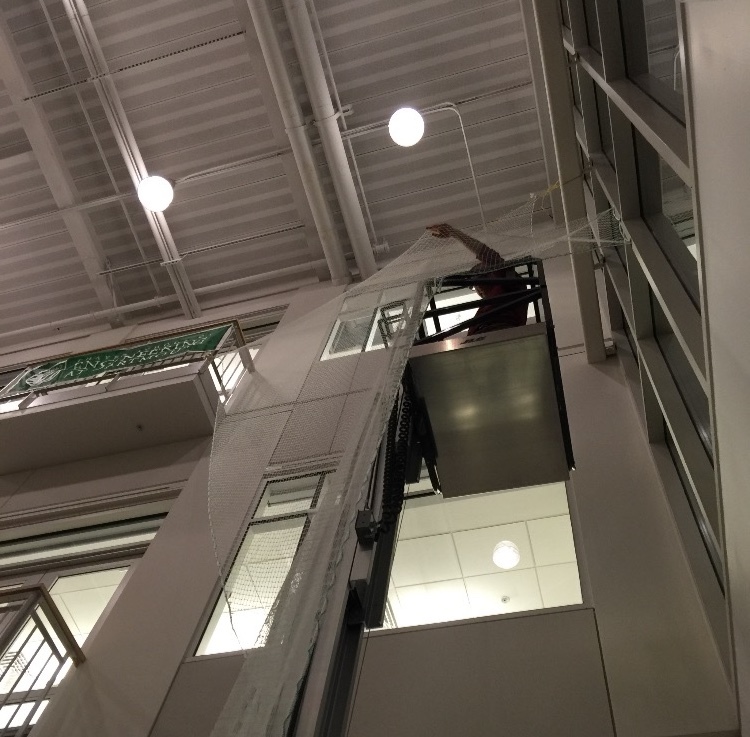 Your shipment of Duplos has arrived 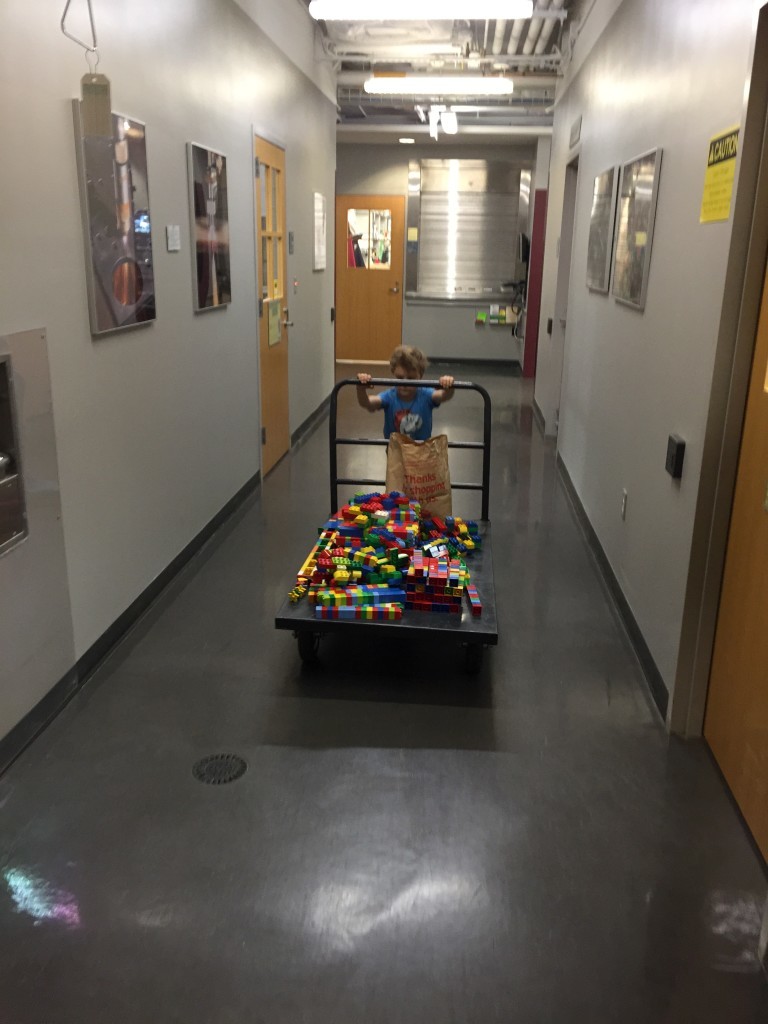 Peter and the ready-to-assemble tower 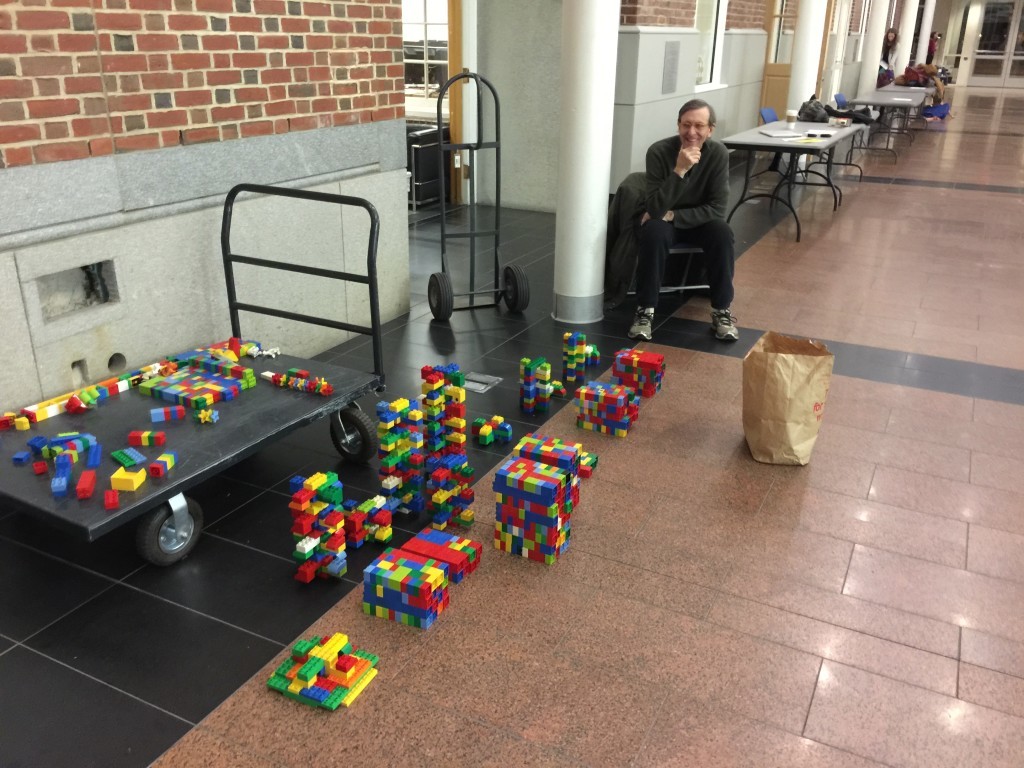 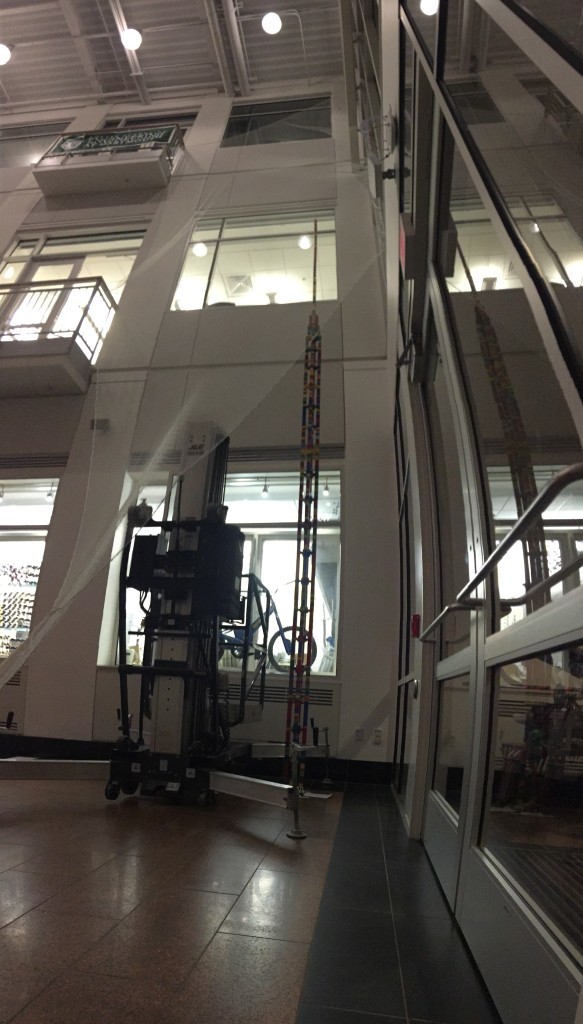 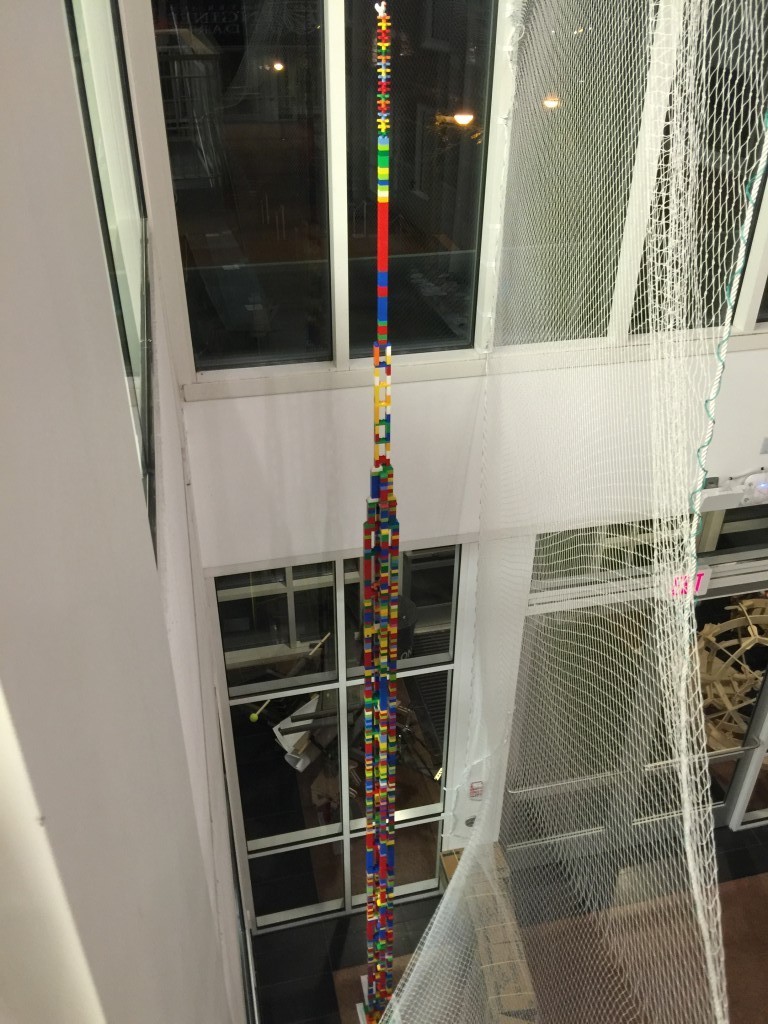 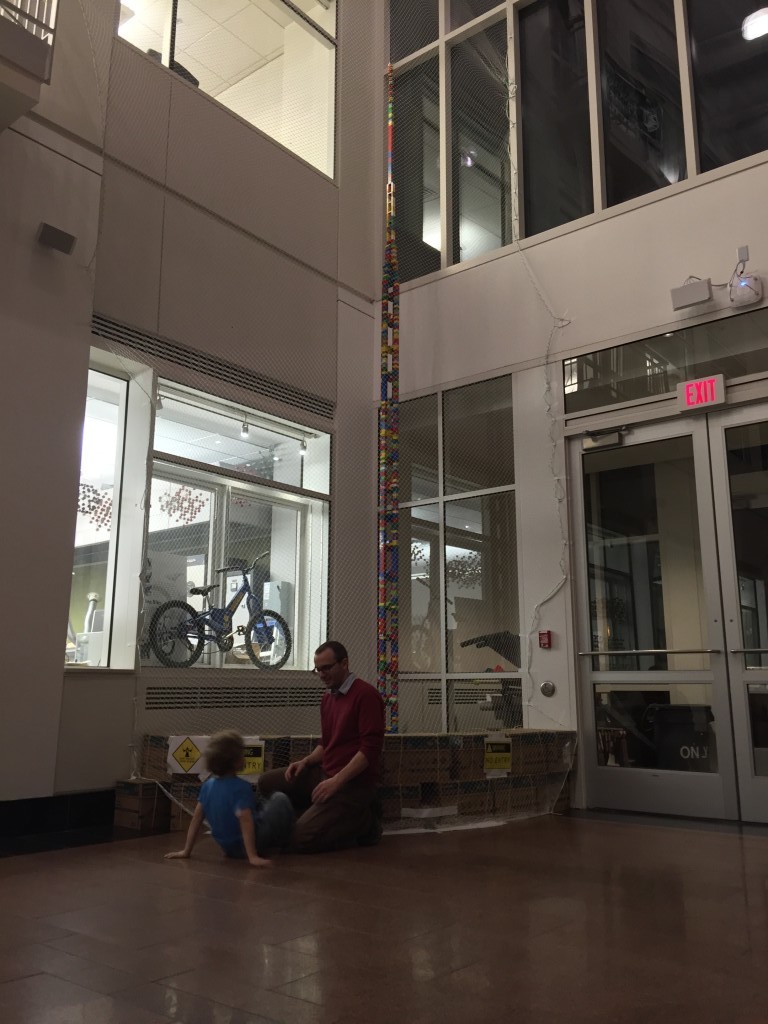 Here is how it met its demise

And a timelapse of its build

Thank you to the wife & kiddo, Jared, Oliver, Dan, Crystal, Peter, Sarie & the Thayer School of Engineering for all the help in making this possible 😀