Robin & I have been working on a rover for the land since his toy RC car broke. I opened it up to see if I could fix it, and as with many things, I quickly came to the conclusion that “I’ll just throw a Pi in there and do it myself”.

I have to take this back, the company replaced it and it has been sturdy with all the mods. 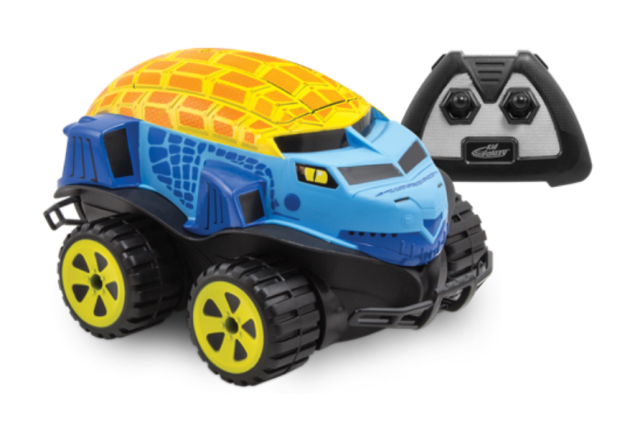 The engines still worked so I bought a Raspberry Pi Zero with a Pi cam, some super cheap Sunfounder Relays

From the ground up

Before anything else, we introduced the notion of a relay. In the past we used Lego motors and batteries to apply power directly to actuators and create little robots. I just snipped one of the wires and had Robin create contact manually so he could make the correlation between a closed circuit and the motor going.

With this “manual relay” in mind, we added a Pi controlled relay to make him realize that what the new gizmos do, is what he was doing by hand. 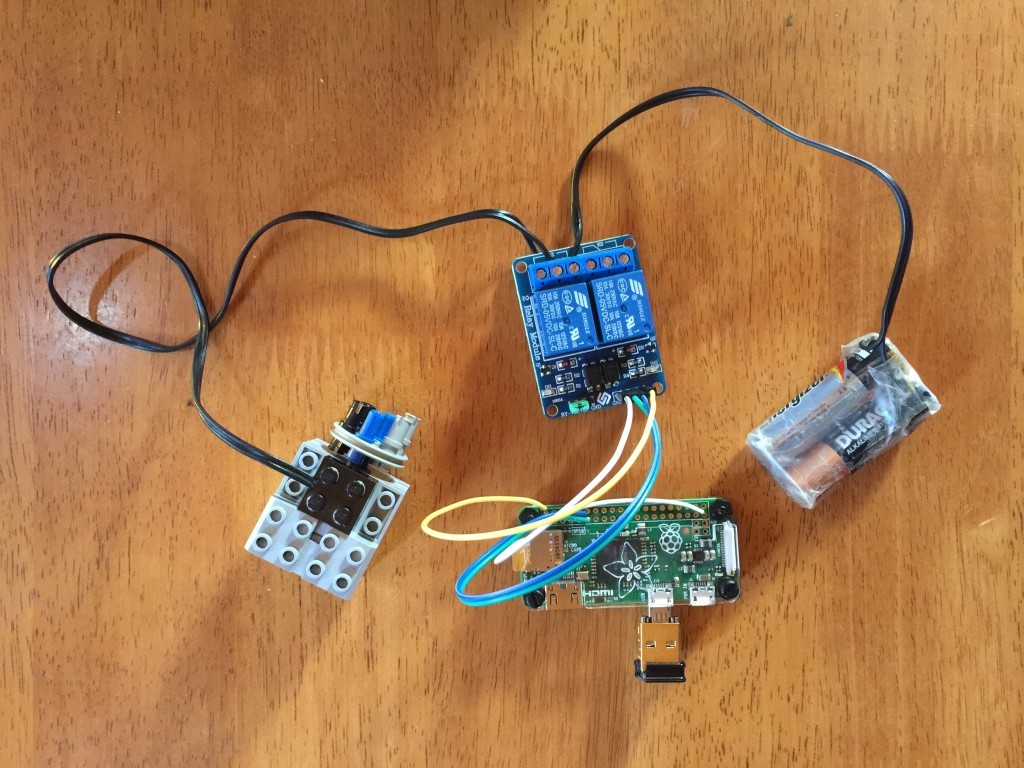 Ok we have a web controlled Lego motor going. Let’s see if we can replicate with the RC car’s motors. 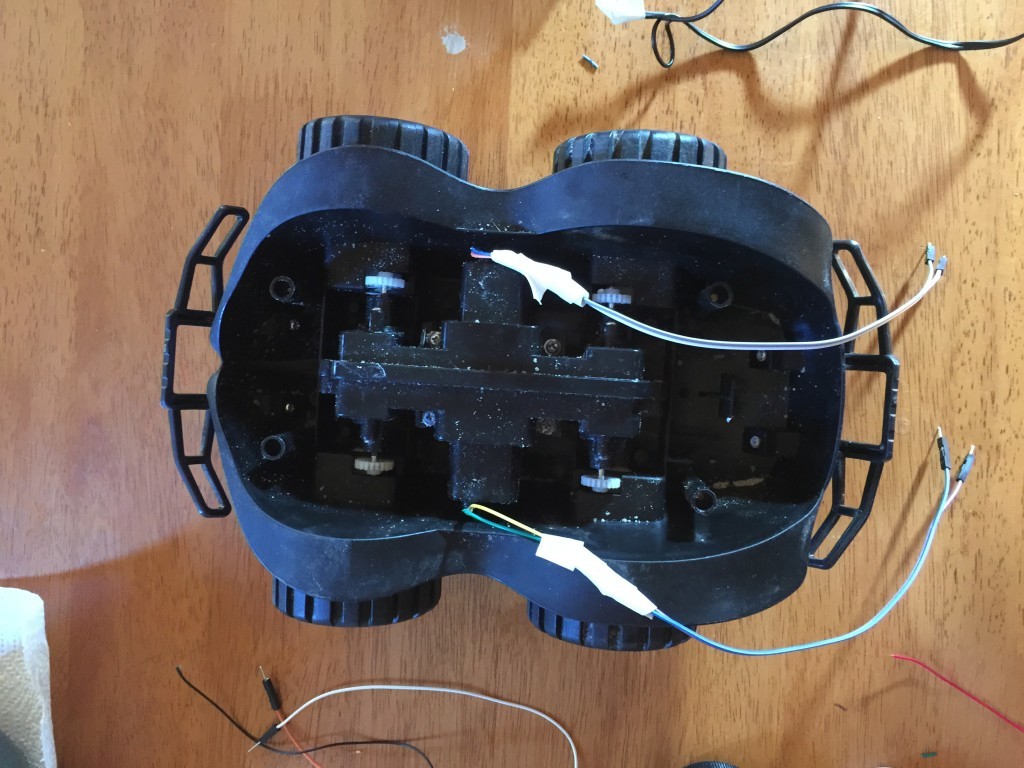 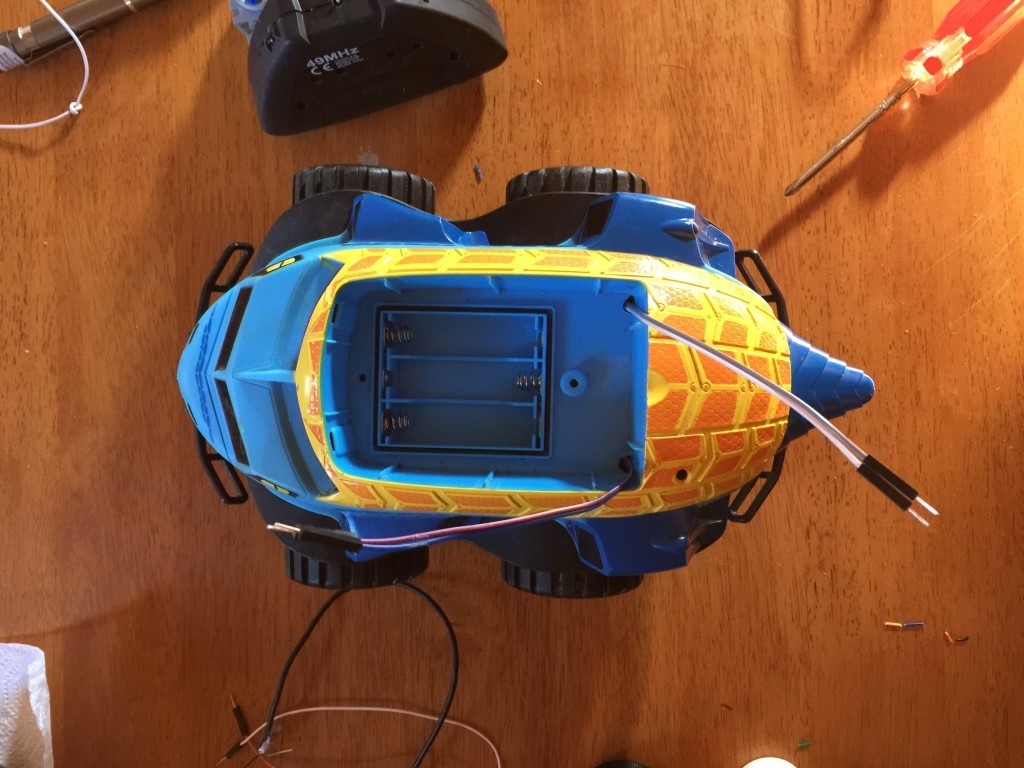 Then with the Pi controlled relays 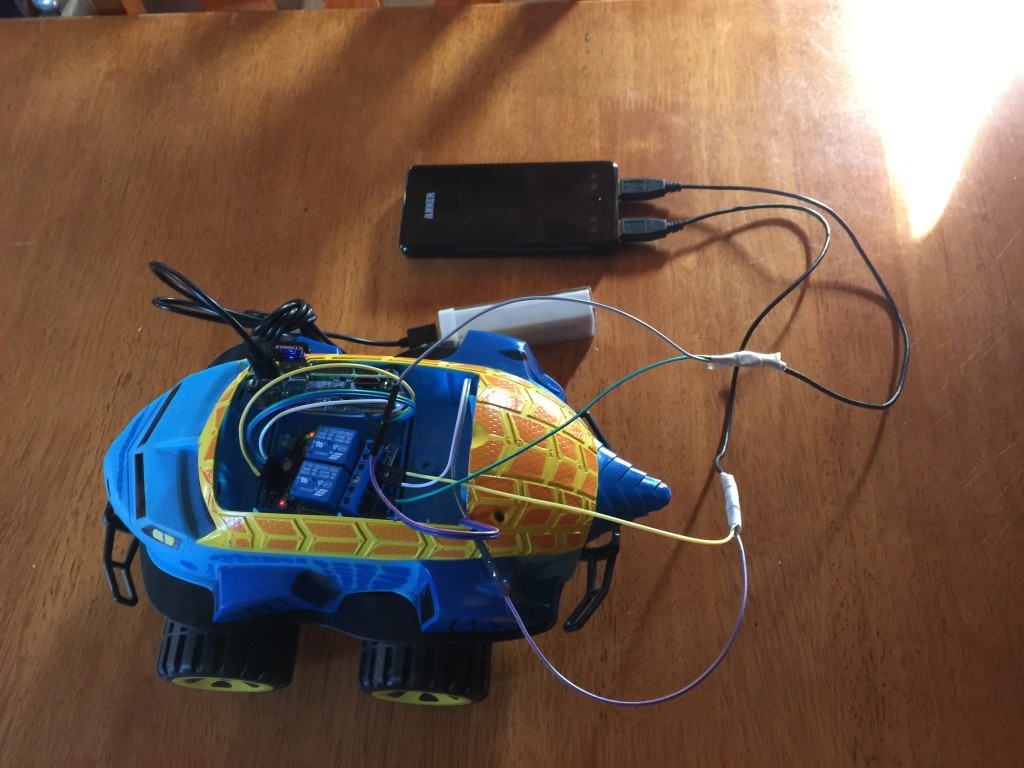 Our first iteration looked like this and had a few issues. I separated the circuit powering the DC motors and each were powered by only 1 AA battery. I also had many adjustments to make in the logic. 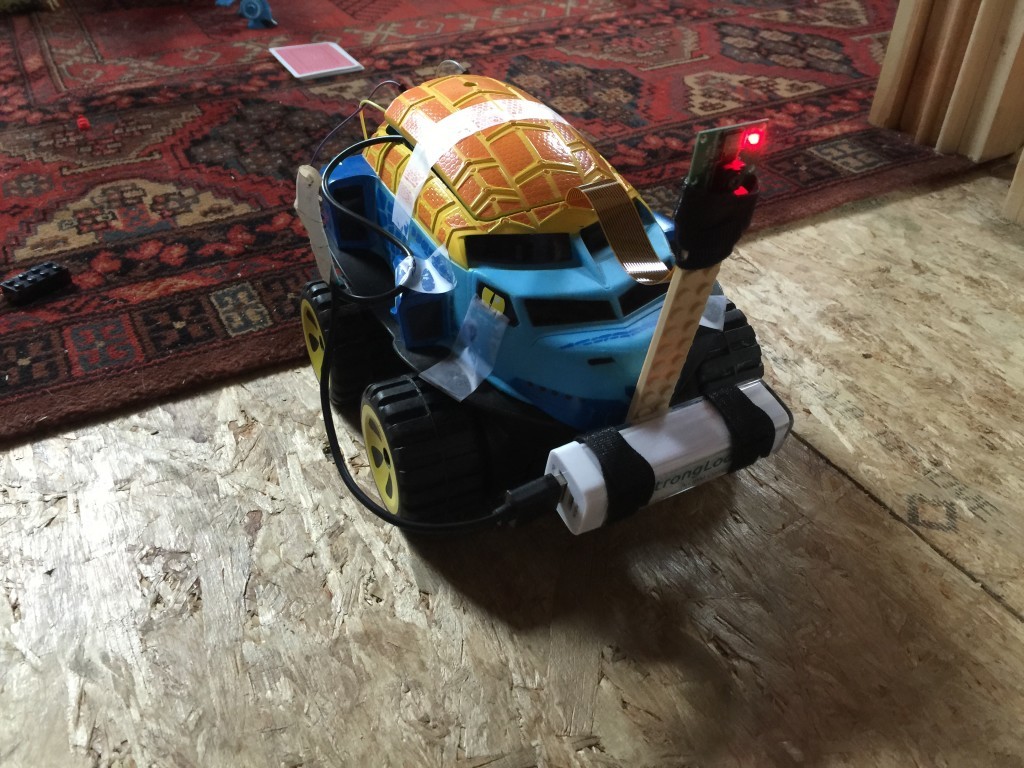 Eventually, by adding a DROK voltage regulator, I was able to power everything from a single USB charger and prevent the motors from affecting the rest of the circuits. 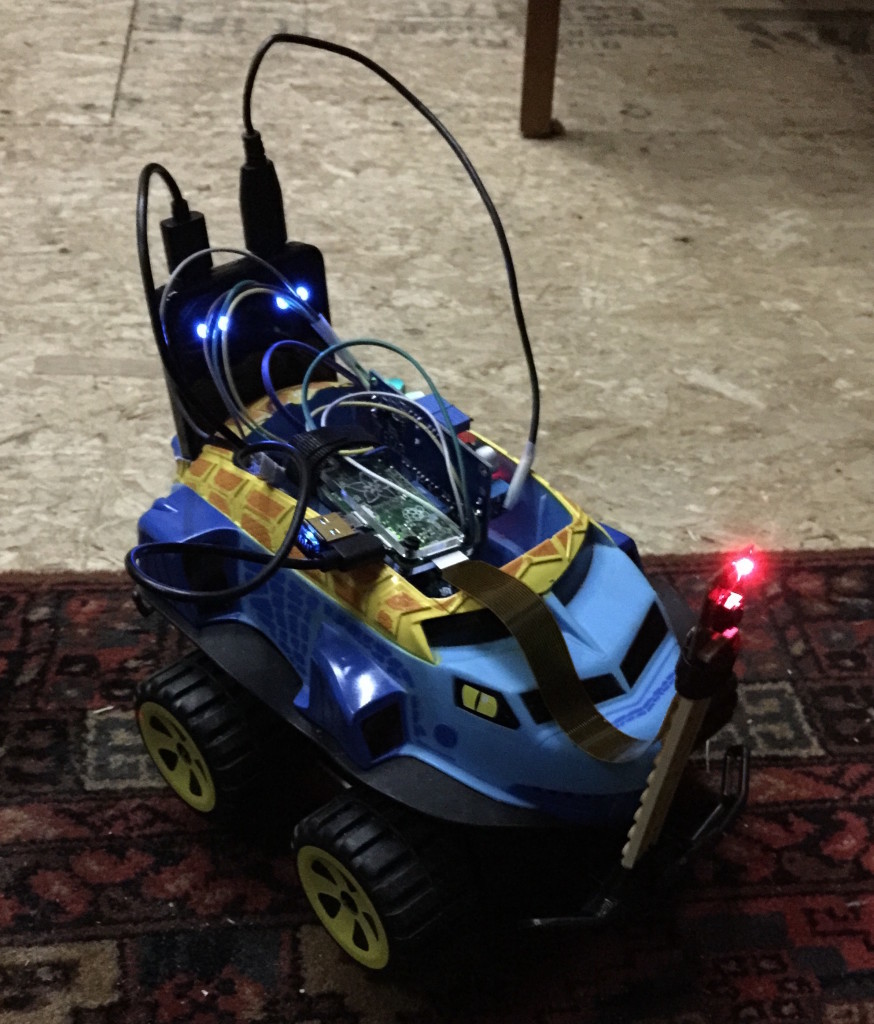 But the extra hardware is hard to fit in the Nosy Monster so it’s unlikely that I will be able to fit the solar panel that would turn it into a completely autonomous robot. So I started googling for other potential frames and OH GOD I JUST STUMBLED INTO THE WORLD OF RC ROBOTICS. Oops…

In any case, I broke down the control into a step by step process. Instead of pressing “Go” and “Stop”, pressing “Go” will make it go for 1 second. There is 2 reasons for this. First, web based control introduces delays which make for a shitty live driving experience. Second, I would like this to behave like an actual rover on another planet. It reports back its sensors status and human decide on the next steps to follow. Heck I’m even thinking the next steps could be something that is voted on online. This would not be possible with “live” control.