I inspected my hive today and it’s doing great. I drilled a few holes in the part that is currently uninhabited to give the bees some air. I did it early in the morning to lock them inside for the drilling, they took it really well and didn’t care a bit about the ruckus, even after I released them. I continued on merrily with the inspection as if nothing happened.

A few holes for aeration in the middle of the hive, I stapled netting to prevent robbing and to make sure they don’t become an entrance. 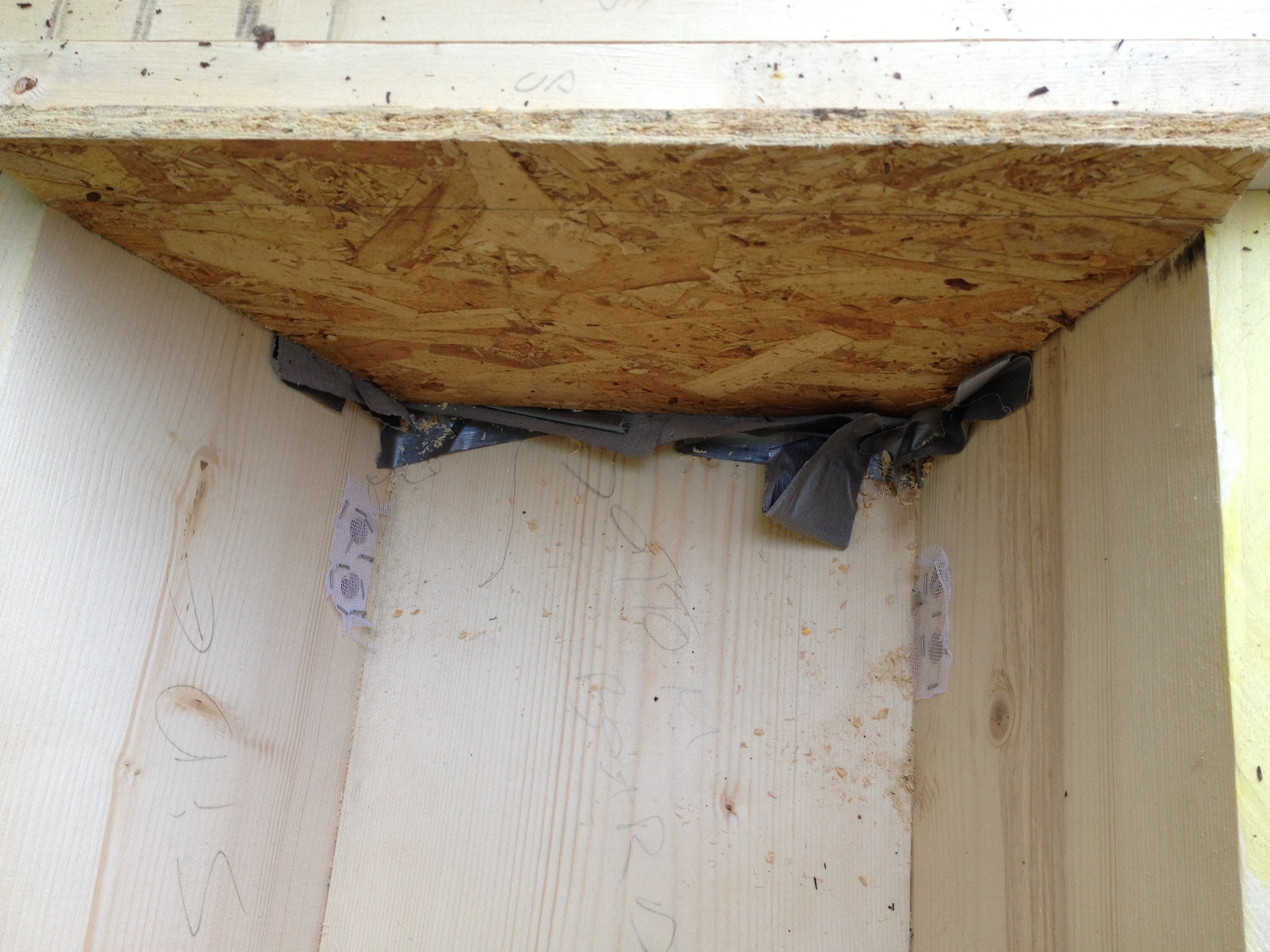 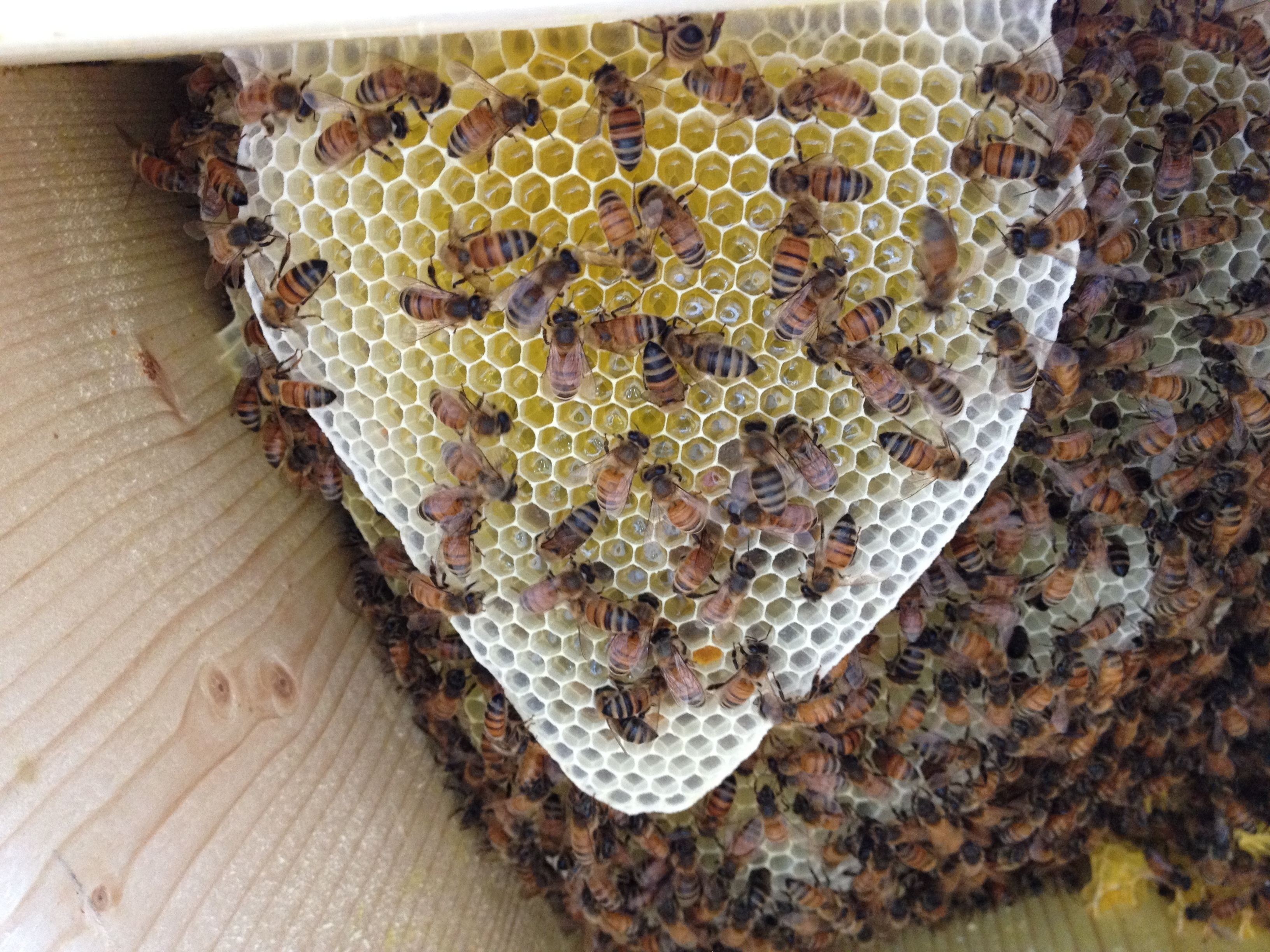 Today’s surprise though, came with the presence of comb on the floor. I’m not sure if this fell from one of the top bars but I doubt it. I don’t know what to do with it right now, I’ll monitor the situation and decide later whether to remove it or not. 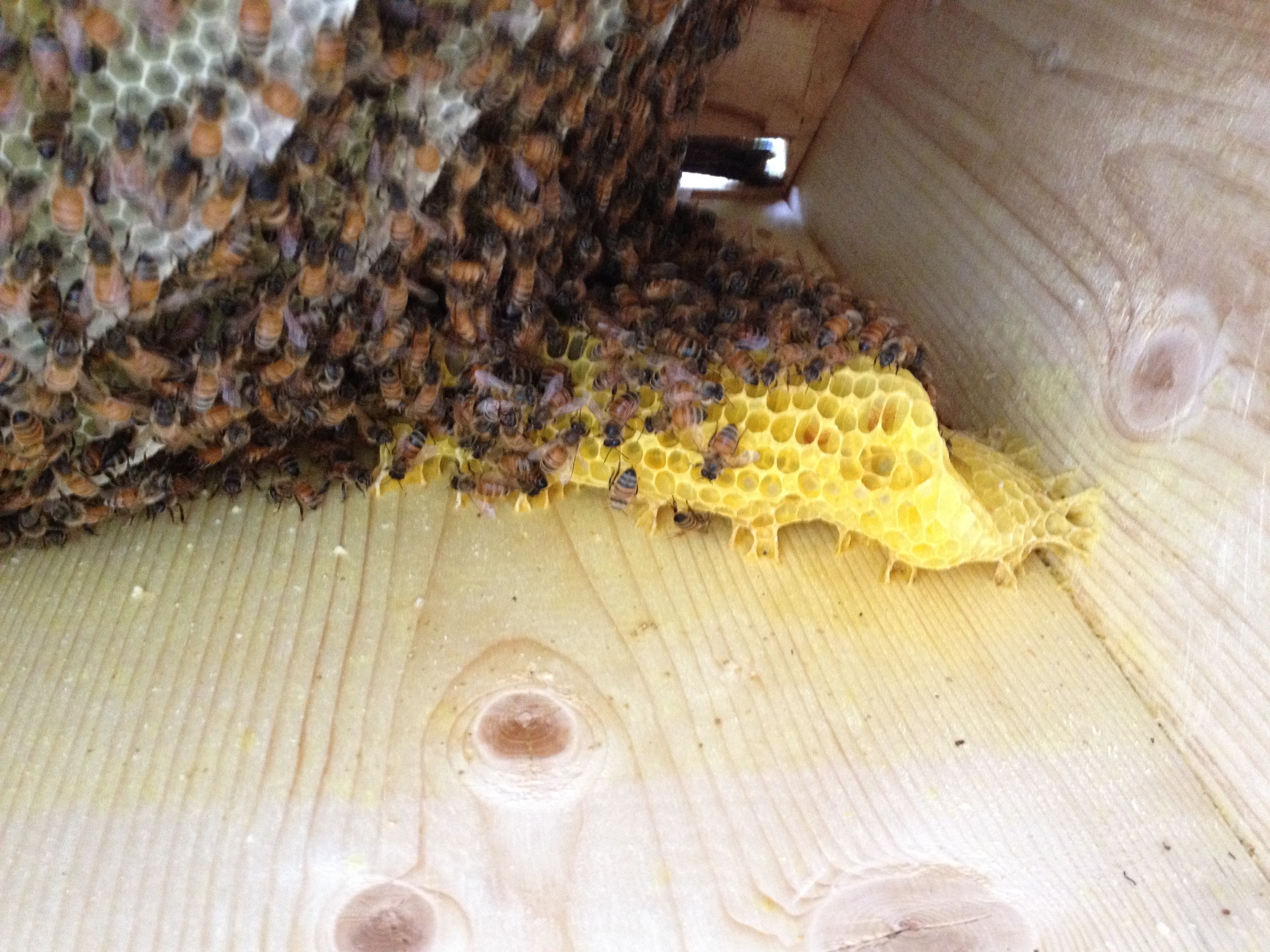