Further inspection showed that the comb on the floor was most likely a mis-attached comb that fell from a top-bar. The bees weren’t exactly expanding on it but they weren’t removing it either, it was time to give them some help. Doing so was like playing a game of Operation but it went very smoothly and the bees  were very docile even though I was digging pretty deep in their hive.

Not much in this wreck of a comb but the bees were still tending to some brood in there. 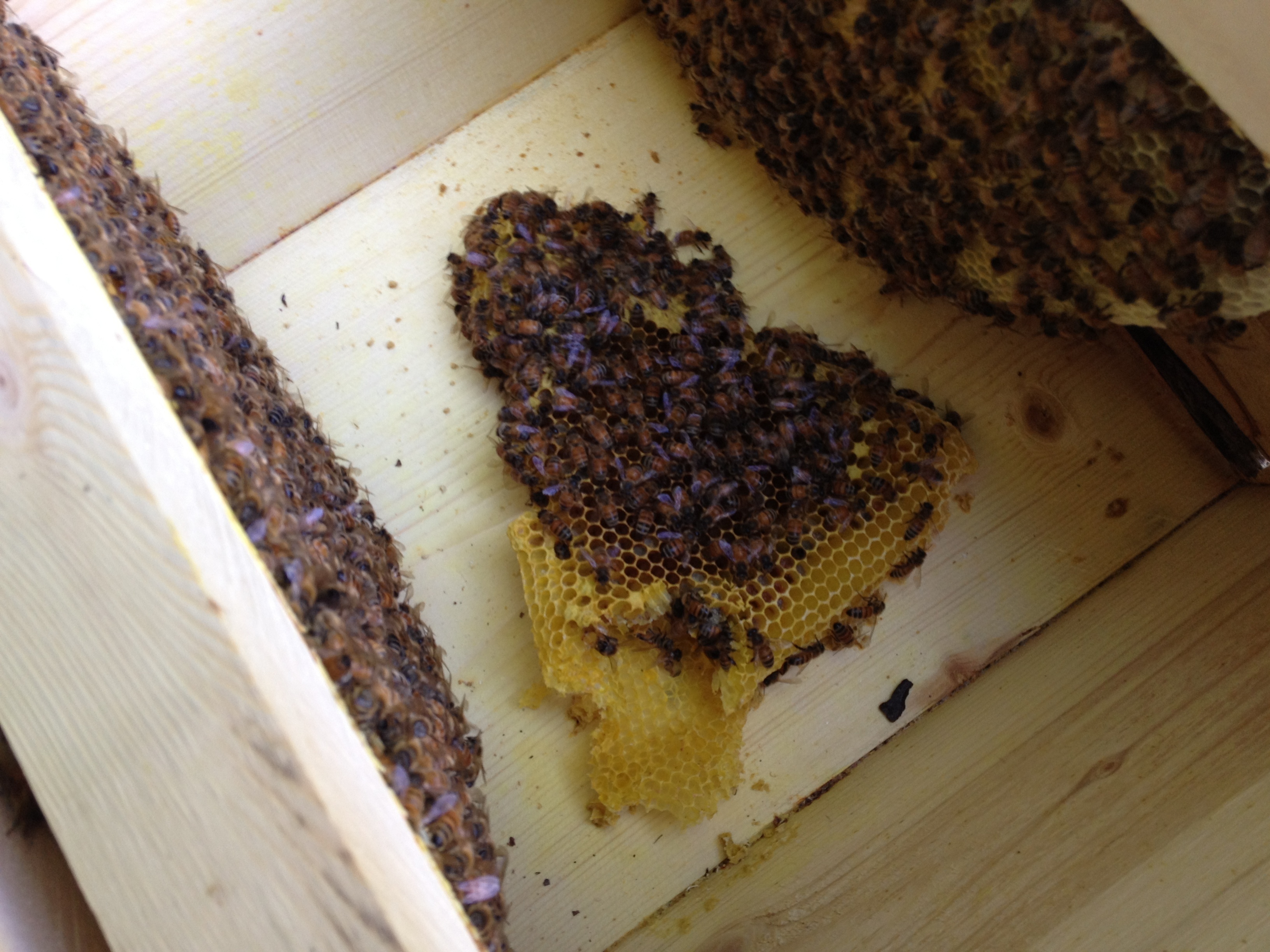 Going at it very carefully. 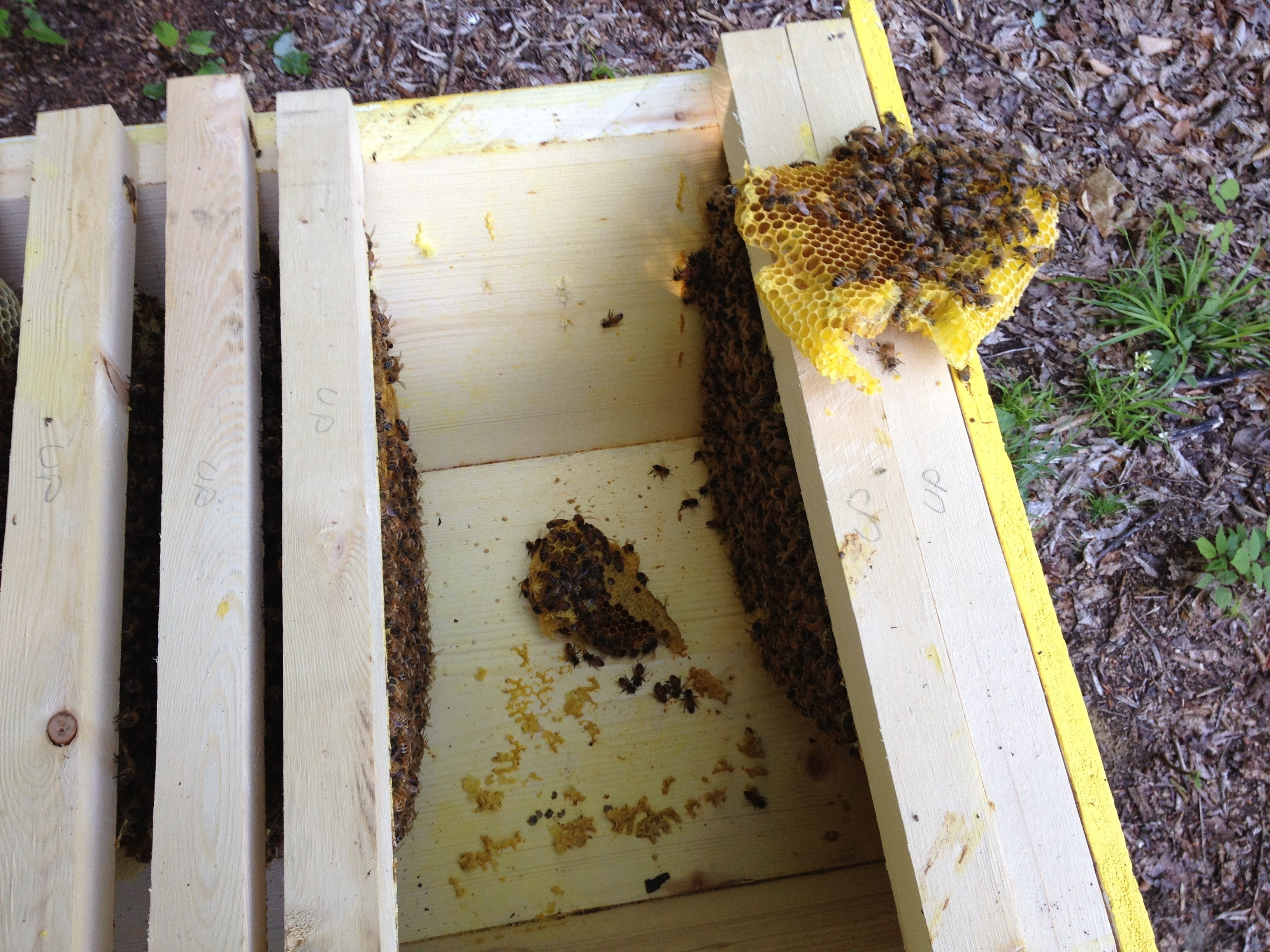 I’ll leave them to clean the remaining pieces. 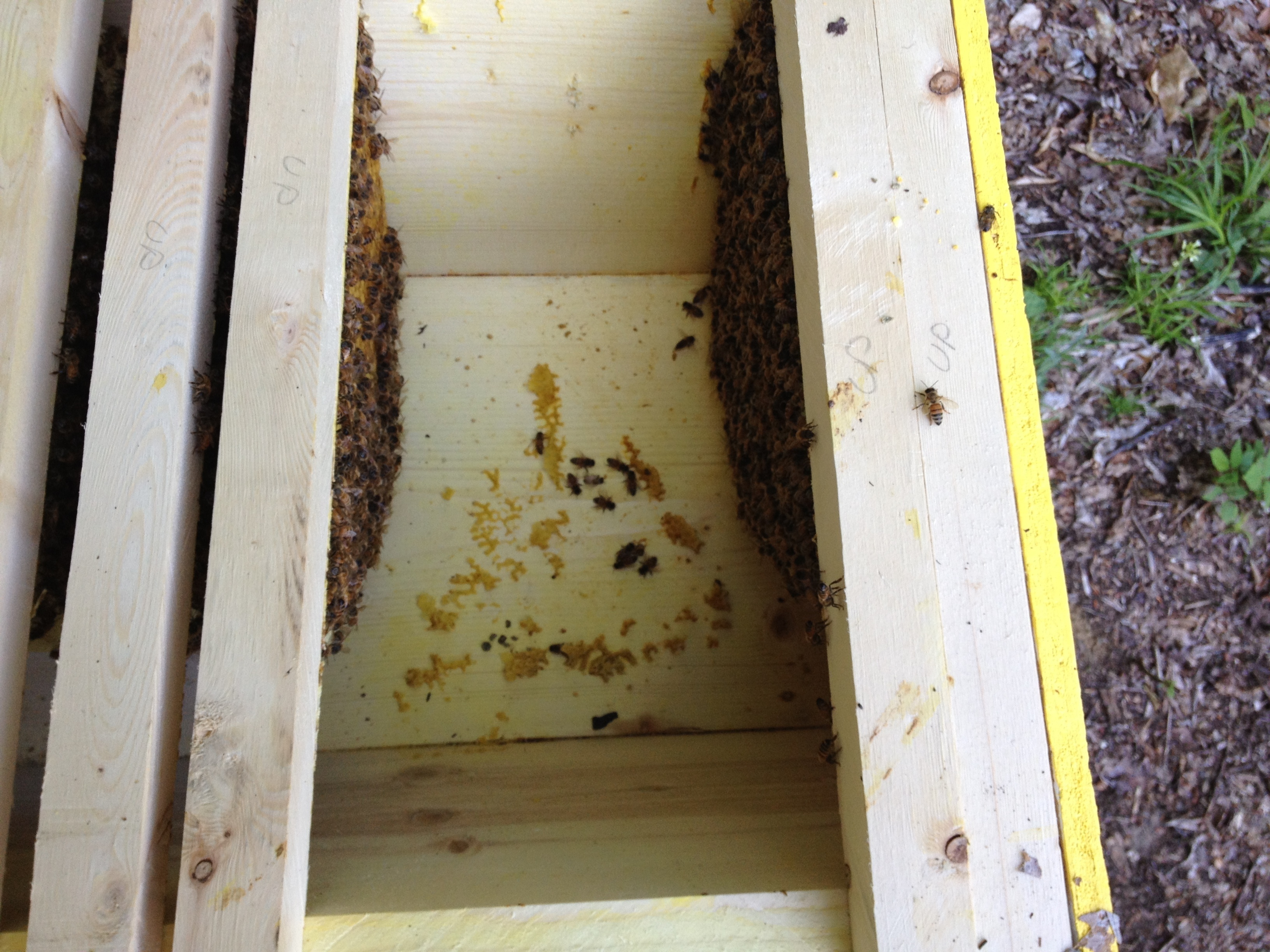 Eventually one of the back bars that I had set aside was abandoned of all bees so… I just took it! Not necessarily the best thing to do but I was very eager to taste what the bees were up to. And it was delicious. 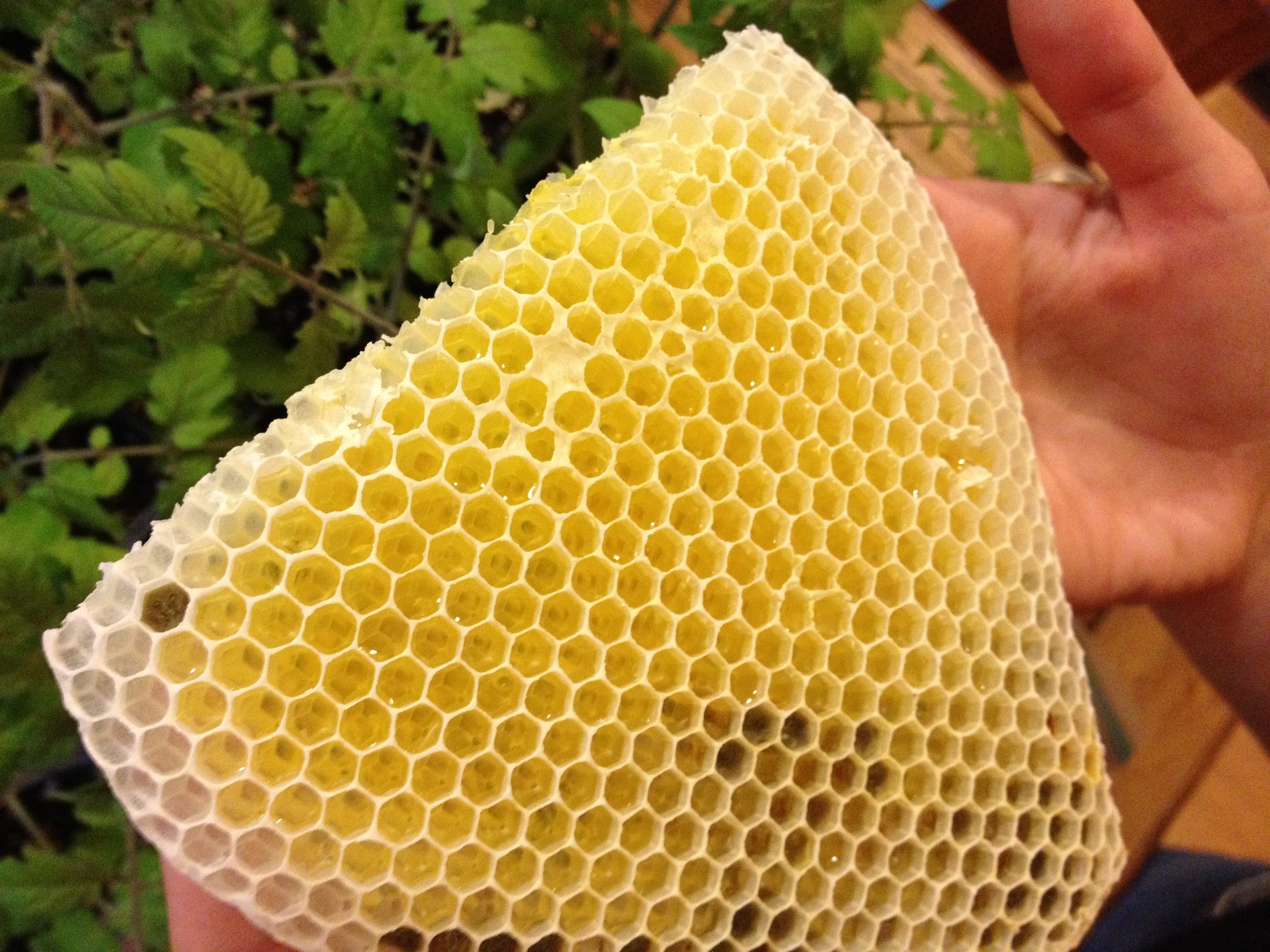 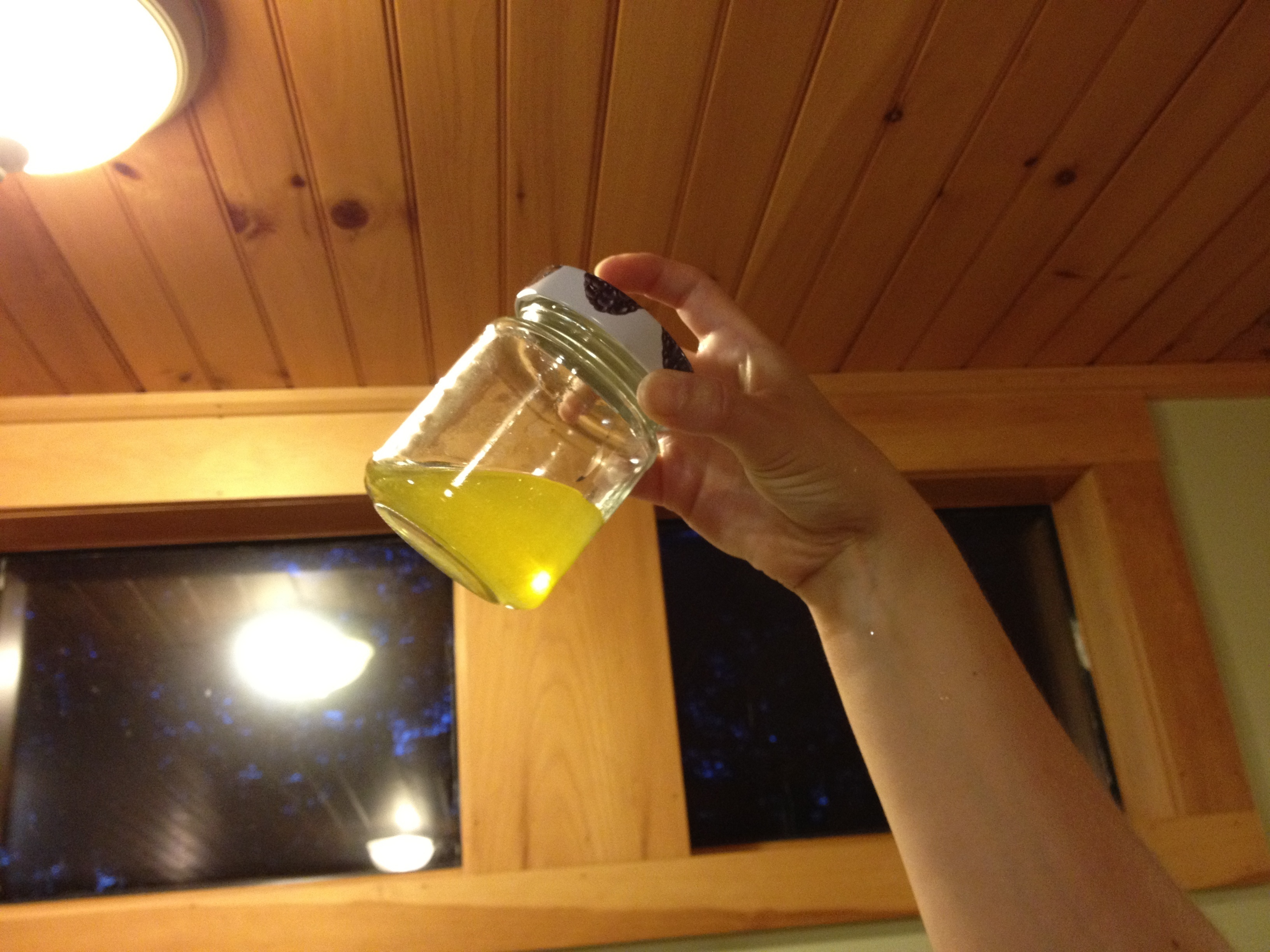 It tasted very much like a mix between sap & honey, super good.