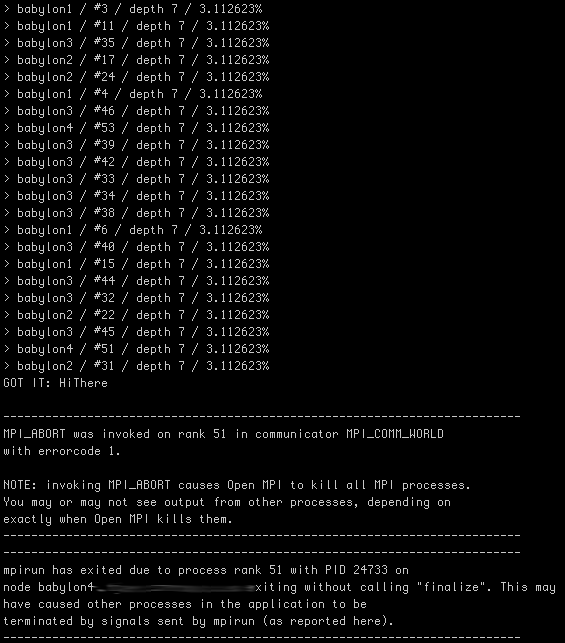 This is what “htop” looks like with a bunch of processes spawned & hammering every core: 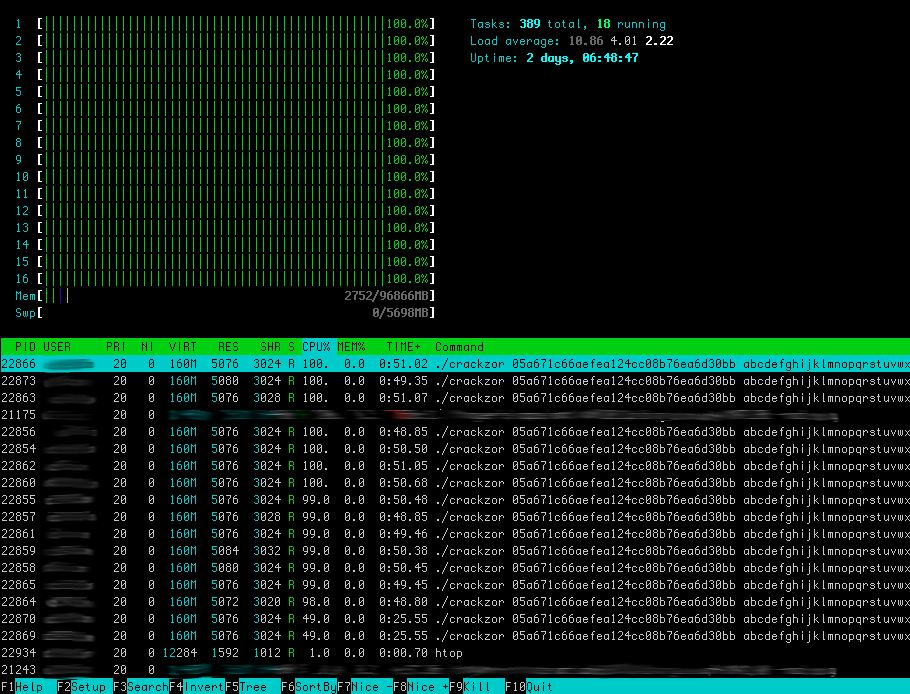 Here is the raw data, and here it is graphed: 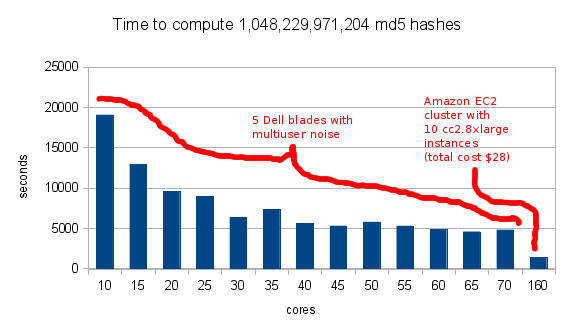 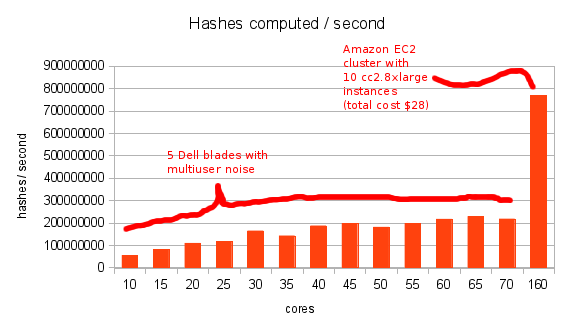 I wish it would show the linear progression more but 3 things got in the way:

Ideally I would run through a few iterations of EC2 to observe its progression but hey, it’s expensive :).